Lege Lines: Left in the Dark

Who knew about the ICE raids this weekend? Not your state reps. 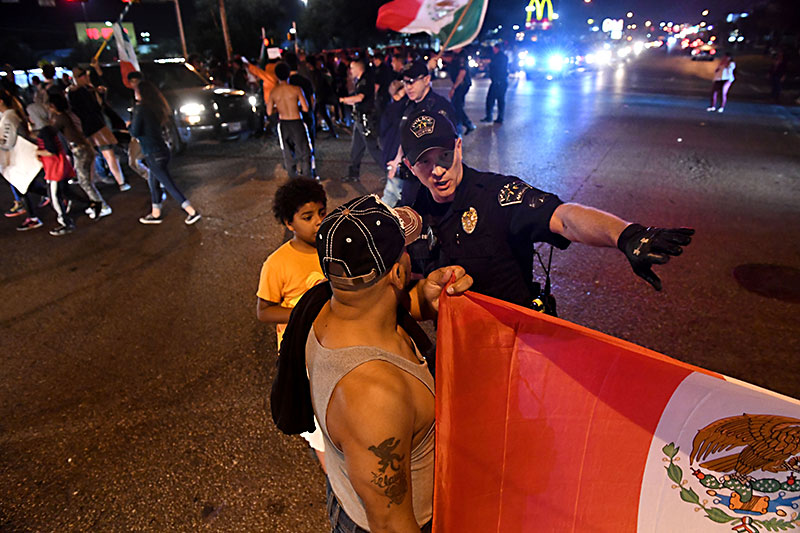 In the absence of information, confusion tends to reign. As reports of immigration raids reached a fever pitch over the weekend, local lawmakers were left as confused as everybody else, and wondering why this city had seemingly become a priority target. At the Capitol, House Homeland Security & Public Safety Committee Member Gina Hino­josa, D-Austin, wondered, "Is it about public safety, or is it about politics?"

Like most Austinites, the Travis County delegation was left in the dark about what was going on, said Rep. Eddie Rod­ri­guez, D-Austin. The five-day push from U.S. Immigration and Customs Enforcement to arrest undocumented migrants with criminal records netted 680 detainments nationally – 51 in Austin, San Antonio, and the surrounding region – according to statistics released by the federal agency. But very little had been reported publicly about the raids, identified after the weekend as Operation Cross Check. By Monday morning, Rodriguez was able to report "There's a better handle on it now.

"There's more ears to the ground and eyes on the street," he told the Chronicle. Rodriguez had been in contact with Austin Mayor Steve Adler and Travis County Sheriff Sally Hernandez; the three had made a commitment to share information as any became available. "I would be very careful when I would say something, because I was hearing different things," he said. "I didn't want to say anything publicly, on social media or otherwise, until we had a better idea of what was happening."

Rodriguez was very forthcoming about whom he blames for Austin being targeted: Gov. Greg Abbott. He saw the raids as a consequence of Abbott promising to "hammer" Travis County over Hernandez's adoption of a policy that her office will only accept ICE detainer requests in cases of violent crime or human trafficking, or if there is an accompanying judicial warrant or court order. "Our governor wanted to get on national television, and he ran with it," charged Rod­riguez. "It drew the attention of our president, and it's evident to me that he decided that Austin would be just as good a place as any."

Rep. Rafael Anchia, D-Dal­­las, who chairs the Mex­i­can-American Legis­lat­ive Cau­cus, said he had heard word of other arrests across the state, but nothing of the scale of what happened in Austin. He said, "If this is just execution of outstanding criminal warrants, I get it. But other people are getting picked up too that are not subject to warrants, and I think that's what gives people concern."

ICE holds an operation like Cross Check annually, but the circling question is whether Cross Check 2017 is different from earlier iterations. Secretary of Homeland Security John Kelly called this iteration "routine" and "a targeted enforcement operation," but online, President Trump dubbed it a "crackdown." Making matters less clear is that the Mexican Consulate is reporting different numbers than ICE: They've indicated that 53 people were detained in Central Texas over the weekend.

The information vacuum has caused panic and confusion, with ICE having to issue a press release denying the use of roadblocks and sweeps. That vacuum also trapped local government and even the Legislature. Hino­josa said that there had been a trickle of calls about ICE operations for the last two weeks, but no one at the city or state level could confirm anything until Friday – and even then it was all secondhand reporting without direct acknowledgment from ICE. Hinojosa said during previous operations "we've always maintained communication," and that "the fact that none of our local officials or law enforcement, no one, knew what was going on" with last week's raids "is further destabilizing."

“Our governor wanted to get on national television and he ran with it.” – Rep. Eddie Rodriguez

Like Adler and Brian Manley, interim chief of Austin Police, Rodriguez argued Monday that ICE's sweep may prove damaging to law enforcement. APD has spent years trying to forge relationships with undocumented communities, through programs like the Restore Rundberg initiative, so that those in the community would feel more comfortable reporting serious crimes against people or property. "In one stroke of a pen, our president blew it up, and the governor gave him the dynamite," Rodriguez said.

Rep. Celia Israel, D-Austin, suggested that if the feds had shared information about the scale of the operation, and whom it was targeting, local law enforcement and elected officials might be able to assuage those fears. She said, "There's a lot of disruption, a lot of unknowns, that could have been avoided with some upfront information to say, 'We're following the law, and here's our plan, and here's your point of contact if you have any concerns.'"

However, that information has been slow arriving, and the impact is already obvious. There are already reports of fewer workers at day labor camps and students not turning up to school. The operation has also sparked concerns among legal permanent residents worried about sweeps, which could have an immediate economic effect. Rep. Paul Workman, R-Austin, stressed that most employers will want all their employees to be fully documented, but added, "I don't think there's any question that the construction industry, the hospitality industry, and a number of other industries depend upon migrant workers."

Similarly, as a Realtor, Israel said she was "very familiar with the fact that the men and women who are here without papers are literally who we should be thanking for the growth we've been experiencing."

There also exists the very serious risk this may damage relations with Mexico, impacting Texas' vital cross-border trade. That's a big red flag for Rodriguez, who wondered aloud about Mexico taking its business elsewhere. "There's no reason why they absolutely have to do everything with us, and what kind of partnership is it when you're talking about building a wall?" he asked.

Yet while state lawmakers can respond to the ICE operation, there's very little they can do about it. They have their own immigration-related concern in Senate Bill 4, the "sanctuary city" legislation being pushed by Lt. Gov. Dan Patrick. That was passed out of the Senate on party lines on Feb. 8 and sent to the House, though it's yet to be assigned to a committee. The smart money is that it will be heard either by State Affairs, on which Rodriguez sits, or by Homeland Security. At the moment, State Affairs seems to have the edge. So while Hinojosa said that she'd like to sit in on a first pass at the House response, she conceded that having it heard by the less vociferously conservative State Affairs may see the bill be subjected to more rigorous examination.

That means Rodriguez, who sits on State Affairs, may be one of the first House Democrats to get a crack at the bill. While he expects that some form of sanctuary city legislation will pass, the specifics have yet to be defined. Speaker Joe Straus has broken with Abbott and Patrick by not listing sanctuary cities as a legislative priority, which Rodriguez said presents an opportunity to craft "something that isn't as harmful and hateful to our immigrant population as it is currently." His concern is that SB 4 is just one of many pieces of state-level legislation – including bills on student financial aid and in-state tuition – that will hit undocumented residents and their communities hard. "They may be undocumented, but the vast, vast majority are law-abiding people," he said. "They're sending their kids to school. They're paying their taxes." 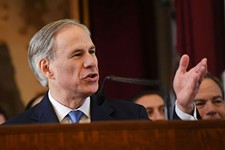