Dell Med School Debate Over Use of Funds Continues 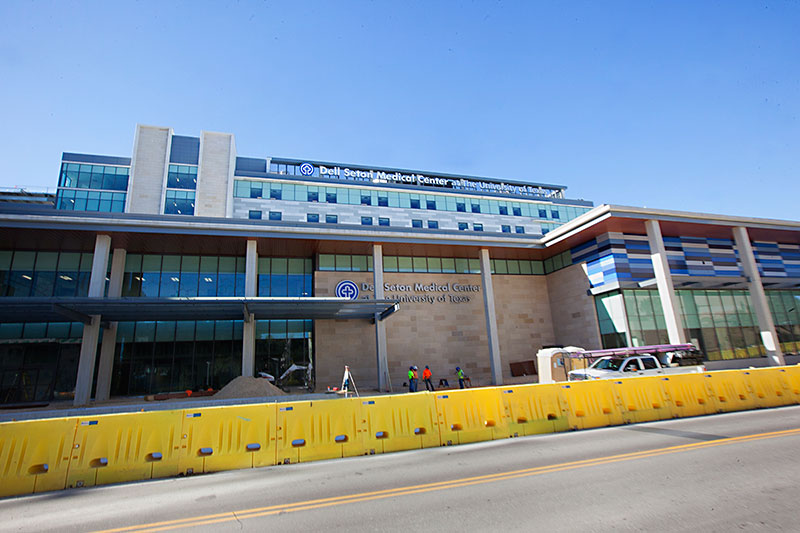 Last week, the simmering local argument resumed over the utility (and even the legality) of the still-under-construction UT-Austin Dell Medical School. A group of local activists calling itself HEALTH for Travis County issued a report describing the medical school as top-heavy with administrative and staffing expenses, thereby misspending the annual $35 million in funding provided by the Central Health District and Travis County taxpayers.

The report, written by attorney Fred Lewis and essentially an expansion of his Novem­ber 2016 presentation to the Travis County Com­mis­sioners Court, claims that "Central Health's millions in funding for the Medical School have been spent overwhelmingly for services that have nothing to do with providing health care for the poor." Dell Medical School Dean Clay Johnston responded, in part, "The Dell Med­ical School at UT-Austin has used local taxpayer funding exclusively to achieve the goals and meet the obligations specified by Central Health and set out by voters in the historic 2012 election to support the medical school." Central Health released a similar response, arguing the new school is already "making our community healthier – especially for people who are low-income and lack insurance."

Based on his analysis of financial records provided by the medical school, Lewis concludes, broadly, that of $105 million in Cen­tral Health district funding provided to the school through 2016, $42 million has thus far been spent "overwhelmingly" on what Lew­is considers "administrative, operational, and educational services for the Medical School – not health care services for the poor." (Not­ably, his report does not attempt to analyze – or even consider – the clinical programs or direct benefits reported by the medical school in its work with local patients.)

Dell has not yet directly responded to the financial breakdown in the Lewis report, but a January Dell "Progress Report" concluded, "This year, the community's $35 million commitment will result in an estimated $62 million in benefit to Central Health, its target population, and taxpayers." The benefits cited by the school include: resident care in local clinics and hospitals; health maintenance and care design work; clinical services for vulnerable residents; and medical student educational costs. The Dell report also notes the fulfillment of a commitment to leverage Central Health funds for federal support: "Central Health leveraged funds from [2012 Travis County election] Proposition 1 to draw down about $67 million in federal funding this year – money that was used to provide direct services to low-income and uninsured residents across Travis County." Admin­is­trat­ors have cited an innovative orthopedics project that has dramatically reduced wait lists for care, as well as direct improvements in obstetrics care for women.

When Lewis and HEALTH advocates made their argument at Commis­sion­ers Court in November, the court promised closer monitoring of Central Health, but not the "independent audit" demanded by the advocates. Moreover, commissioners did not concede the critics' more fundamental argument – reiterated in the new report, and presented to the UT Board of Regents last week – that the entire medical school project violates state law, which (as Lewis interprets it) forbids health district spending on anything other than "direct" medical care, strictly defined. The county attorney assured the commissioners that the district was operating in accordance with state law, and the county auditor reported that the medical school was in compliance with its Central Health affiliation agreement.

The regents were reportedly less responsive than the commissioners, but a new aspect in the dispute is the involvement of former Austin state Sen. Gonzalo Barrien­tos, author of the law that initially established Central Health. Barrientos told the regents, "My intention in passing this legislation is that it would be for indigent health care. Period." Afterward, he told the Chronicle, "I think it could all be worked out, but what's going on now is not suitable." As Barrientos reads the Lewis report, simply "too much money is going for administration, not for treatment." Barrientos said he'd be glad to hear from the medical school about its programs for indigent residents, but as he told the regents, "That means now. Not tomorrow. Not next month. Not five years from now."

Austin's current state senator, Kirk Wat­son, was the most prominent public voice of the Prop. 1 campaign, and in a statement reiterated his conviction that "the partnership between Central Health and Dell Med­ical School is on sound legal footing." He cited the approval of the county attorney, and reiterated the ultimate goal: "to improve the provision of health care so that we don't relegate the poor in our community to a second-class system of health care. … We're already seeing results in a very short period of time, but systemic change takes time."