Rush to Judgment: CodeNEXT 1.0 out Now

Draft now out, it's time for some hot opinions 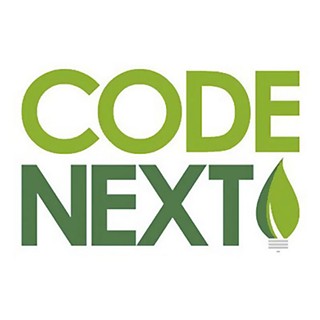 CodeNEXT has at last kerplunked onto the city scene, and everyone's first order of business now becomes figuring out how to feel about the darned thing. By Wednesday, only the most ardent land development code geeks had made any substantial plunge into the massive document's 1,100-or-so pages. And yet, there has been no shortage of opinions. Representing the most mild of observants, city spokesperson Alina Carnahan said, "A lot of people are really relieved and excited to finally be able to comment on the draft."

"Relieved" and "excited" were also terms used by Jim Duncan, chairman of the Code Advisory Group that Council created in 2013 to act as a conduit for public opinion during the CodeNEXT process. Duncan, the city's director of planning during the last land code rewrite in 1984, offered gentle criticisms of the draft's length and lingering complexity, knowing the entire point of CodeNEXT was to streamline the existing code while at the same time fulfilling visions presented through Imagine Austin (including the oft-repeated idea of creating a "compact and connected city"). "I don't think in this draft [that] staff have taken great liberty in making changes," Duncan observed. He added that he expects the public vetting process to pare down the initial bulk before the new code makes its way to Council in 2018.

In the meantime, several voices who will no doubt make themselves heard during the upcoming public vetting process have begun airing their first impressions of the public draft. Former Austin Neighborhoods Council President Mary Ingle told the Austin Monitor on Tuesday that she feels the draft allows commercial uses to creep into some single-family areas, a red line for the ANC and its allies, a coalition that features other groups such as the Save Our Springs Alliance and People Organized in Defense of Earth and Her Resources. Lauren Ice, a member of the CAG and an attorney with the SOS Alliance, told the Chronicle Wednesday that the coalition is still reviewing the draft but has so far seen "several things that are really encouraging, but several other things that give us some concern."

Less optimistic are groups like the Evolve Austin coalition and like-minded groups pushing for significant reforms under CodeNEXT. AURA board member Steven Yarak called the document a "behemoth" and decried its complexity. "Moreover, with almost all of the old code in there as well, it would appear we've spent four years and $4 million in consulting fees to keep doing what we've been doing the past 30 years," he said, "making Austin less affordable, less inclusive, and less weird."

Others panned the draft for preserving existing neighborhood plans, neighborhood conservation combining districts, and other ordinances that regulate development rules. Carna­han explained that staff has no power to overturn the outcomes of hard-fought battles that produced measures such as the SOS Ordinance: "We're not wiping the slate clean and saying, 'We know Council passed these ordinances but we're deleting those.' We're keeping those."

Despite that, Carna­han allowed that staff plans to funnel to the Planning Commis­sion and ultimately to Council all significant concerns aired during the upcoming public feedback process. For the next several months, staff will blitz the city with public forums, open houses, and social media campaigns to gather comments that will shape the rewrite of the draft rewrite. That effort has officially kicked off, which means if you haven't already started, it's past time to delve into the public draft.

A public rollout and top-level explanation of the CodeNEXT draft was ongoing at Palmer Events Center Wednesday as we went to press. See the draft code at www.austintexas.gov/codenext.

This story has been updated to better reflect Evolve Austin's standing as a separate coalition, rather than an umbrella organization for other coalitions.