Constitutional Carry This Session? Not Likely. 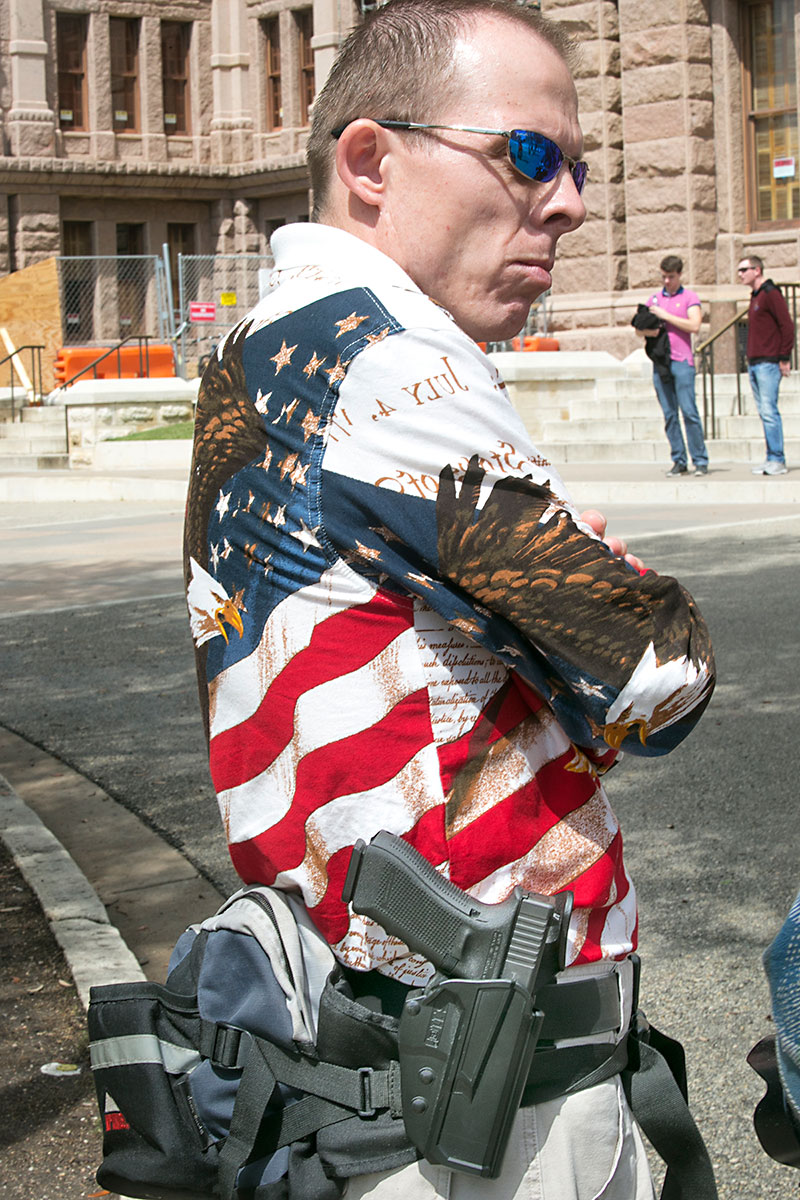 An open carry advocate demonstrates outside the Capitol in March 2016. (Photo by Jana Birchum)

In 2015, Gov. Greg Abbott signed into law two provisions expanding gun rights in Texas. With House Bill 910, Texas joined 14 other states that allow open carry of firearms in public spaces with a valid permit. Senate Bill 11 implemented campus carry. The two laws, widely praised by advocates as extensions of Texans' liberty, also ushered in a firestorm of opposition in Austin and around the state. Groups like Texas Gun Sense cold-called local businesses to see which ones would allow open carry on their grounds, hoping that economic consequences would affect businesses' choices – and in many cases it did. Lists, including one compiled in these pages, swelled with names of restaurants and businesses opting out.

Protests against campus carry were particularly robust at UT-Austin, where organizers were dogged in resisting a law that ultimately went into effect Aug. 1, 2016, the 50th anniversary of Charles Whitman's Tower shooting. On the first day of classes, #CocksNotGlocks protesters set off a fresh round of outrage that reverberated internationally. Gun advocates and Lege regulars scratched their heads at the level of opposition, many of them feeling the two laws functioned as a substitute for constitutional, or permitless, carry, the ultimate goal of many gun rights groups.

“I’m not hearing people say [permitless carry] is a priority except for Jonathan Stickland.” – Andrea Brauer

Constitutional carry finds itself on the legislative agenda this year. Rep. Jonathan Stickland, R-Bedford, has pledged his support for such a measure via HB 375, which would eliminate the licensing requirement for carrying a handgun, essentially deregulating open carry. Stickland announced his commitment to passing the law at a Jan. 23 press conference hosted by Texans for Accountable Government and Lone Star Gun Rights. "There's been a lot of education involved," he said, explaining why he believes the measure faces better odds this session than two years ago, when the pro-gun caucus was more fragmented. "There are a lot of groups that are coming together and saying, 'You know what? It's wrong that Texans have to beg for permission for their Second Amendment rights. It's wrong that we're forcing people to pay a fee and take a class for their Second Amendment rights.'"

But Stickland may not have as much support as he suggests. Andrea Brauer, execu­tive director of Texas Gun Sense, suggested the conservative representative is very much in the minority on the issue. Rather, she said, the priority among Capitol Republicans remains eliminating the licensing fees for open carry enthusiasts while leaving the class requirement in place, though no lawmaker has filed a bill quite yet. "I'm not hearing people say [permitless carry] is a priority except for Jonathan Stickland," she continued.

Brauer said her organization's efforts will be geared more toward tweaks to existing laws and support for two bills, Austin Rep. Donna Howard's HB 631, which would bulk up firearm safety education, and Joe Moody's HB 111, to create a campaign for state storage. TGS will also support measures to keep guns away from those with mental illness, people with criminal records, and domestic abusers, and to criminalize straw purchases.

Stickland has been defiant in his assertion of HB 375's popularity, saying in late January that "there's a whole bunch of people ... that are determined to be re-elected for whatever reason," and that he expects even legislative dissenters to buckle. "Even the ones who don't view the Second Amendment as a God-given right will respond accordingly and do the right thing, even if it's self-serving for them."

One advocate the Bedford representative likely will not have is state police. Law enforcement were generally opposed to open carry measures during the 2015 session. Former Austin Police Chief Art Ace­ve­do has lobbied against the gun bills; the Texas Police Chiefs Association roundly rejected implementing open carry. Ken Casaday, president of the Austin Police Association, told the Chronicle that open carry has been a "huge success" in practice, though he wouldn't like to see state gun laws further deregulated.

"I think the changes have been good, but I don't think it would be good to further push the envelope and allow people that right now are not allowed to carry, to carry," he said. "We have a process that works, and people need to use that."

A version of this article appeared in print on February 3, 2017 with the headline: Gun Sense? 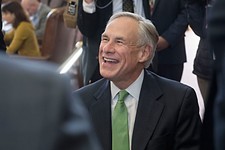