In 2016, the fight for reproductive rights went all the way to the Supreme Court 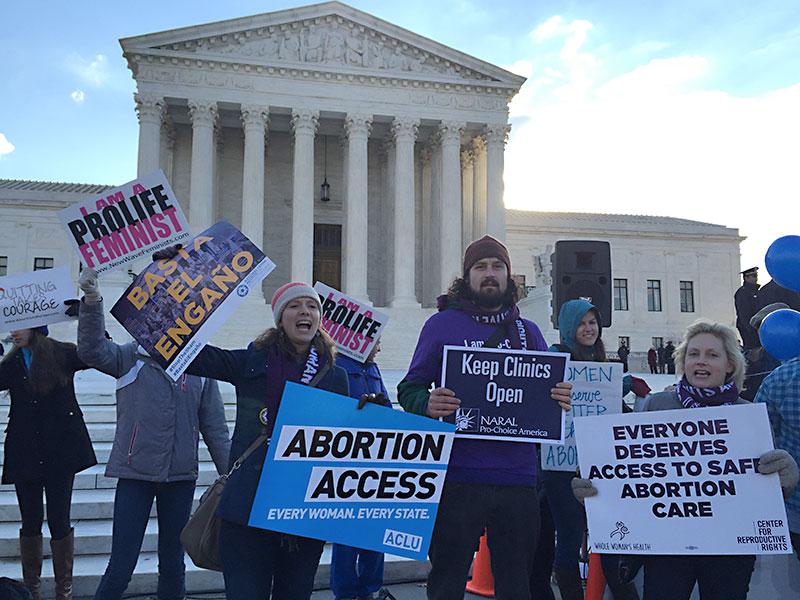 2) Forced Burials The Center for Repro­ductive Rights filed a lawsuit Dec. 12 to stop a state health department rule that forces Texas women to either cremate or bury their fetus after an abortion or miscarriage, regardless of the gestation period. On Dec. 15, U.S. Federal Judge Sam Sparks granted a temporary restraining order blocking the law from going into effect until Jan. 6.

3) Kicking Out Planned Parenthood Texas health officials delivered their finalized plans to kick PP out of Medicaid enrollment right before the holidays, blocking access to life-saving services for thousands of women.

5) Playing Politics With Taxpayer Money The state health department handed a $1.6 million medical services contract to anti-choice figure Carol Everett, spurring Democratic lawmakers and progressive groups to call for an investigation into the grant process. At least two of the recipients will be anti-abortion crisis pregnancy centers, Everett told the Chronicle.

6) State-Mandated Propaganda Doc­tors now must hand abortion-seeking women a booklet rife with factual errors, including a suggested link between abortion and breast cancer. Officials injected even more anti-choice junk science into the "Woman's Right to Know" pamphlet this year.

7) More Barriers Post-HB 2 According to the UT-Austin based Texas Policy Evalu­a­tion Project, abortion-seeking women have faced a combination of substantial barriers as a result of HB 2, including increased travel distances, higher out-of-pocket costs, and decreased access to medication abortion.

9) Payback for the Facts When a report came out that the 2012 move to kick Plan­ned Parenthood out of a life-saving preventative health program has led to less contraception access and more Medicaid births, the state health department and Sen. Jane Nelson, R-Flower Mound, slammed the peer-reviewed New Eng­land Journal of Medicine study.

10) Release the Stats After the ACLU of Texas accused the state health department of withholding abortion statistics, the department released data revealing that the number of abortions fell after HB 2, and that Latinas were disproportionately impacted, reaffirming previous research.