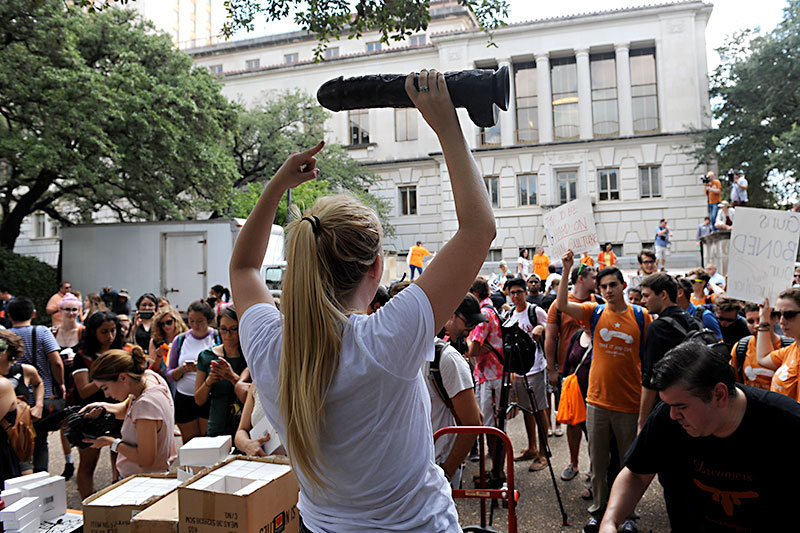 2) School Finance, Still Awful In May, the Texas Supreme Court deemed the state's school finance system and current levels of funding constitutional. In November, Houston ISD residents voted not to send their $165 million "Robin Hood" check to the state.

3) Affirmative Action Stands There were sighs of relief among diversity advocates in June when the U.S. Supreme Court ruled for the University of Texas in Fisher v. UT, the lawsuit challenging the school's policy regarding race as a factor in admissions.

4) Future Planning, Future Rights Austin ISD is one of Austin's biggest property owners, and this year set about a massive process: first, asking for proposals for alternative uses for a list of underutilized properties; next, the first draft of a new 20-year Facility Master Plan, which includes options for closing up to 10 underenrolled campuses, and building new schools fit for a 21st century education.

6) No Hate in the Classroom The State Board of Education rejected the textbook Mexican American Heritage for its outlandish and unhistorical claims about the Hispanic population.

7) So Much for Academic Freedom Four UT lecturers made their way onto the Professor Watch List, a "Reds under the bed"-style watch list run by conservative free market advocates Turning Point USA. They were marked as enemies of education for such heinous crimes as advocating for teaching racial tolerance.

8) The Dream May Be Dead President-elect Donald Trump has promised to overturn Deferred Action for Childhood Arriv­als, the Obama administration policy to provide people who arrived as undocumented minors (known as "dreamers") a path to staying in the country legally.

9) Not-So-Special Education Federal investigators are probing whether the Texas Education Agency deliberately deprived students access to special education classes. A September investigation by the Houston Chron­icle found the state set an arbitrary cap of 8.5% of students receiving extra assistance, far below the national average of 13%.

What's Next for Allan Elementary?
IDEA was sent packing – now AISD and the neighborhood face the school's 'repurposed' future