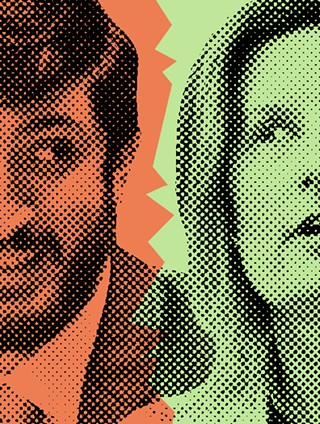 In a decision long in coming but predictable in content, the state’s 3rd Court of Appeals has confirmed a lower court decision that rejected City Council candidate Laura Pressley's claims that the 2014 District 4 election was inaccurately or fraudulently decided. Writing for the three-judge panel that heard the case, Justice Melissa Goodwin "affirmed the trial court's judgment" in July of 2015 that Pressley's election challenge against Greg Casar was without merit. The decision also confirmed financial sanctions against Pressley ($40,000) and her original attorney, David Rogers ($50,000), with some additional court costs. The sanctions were in response to their repeated and false claims that "Travis County's actions caused widespread disenfranchisement, that zero and results tapes were not printed, that irregularities in the recount materially affected the outcome, and that Travis County election officials committed criminal violations." Those claims, ruled the court, "had no legal or factual basis." (Pressley and Rogers are liable for an additional $25,000 sanction for their unsuccessful appeal, and further sanctions should they unsuccessfully pursue an appeal to the Texas Supreme Court.)

Pressley's central claim was that the preserved "cast vote record" (CVR) of an individual voter's choices on an eSlate machine (the final summary screen seen by the voter before confirming a vote) did not constitute a "ballot image" as required by law for a recount. "Rather," the court ruled, "federal, state, and local agencies that oversee elections all agree that, under the current state of the law, a CVR is equivalent to a ballot image."

In sum, wrote the court, despite Pressley's numerous claims of irregularities in the ballot, the election, run-off, and recount procedures, she had not produced "more than a mere scintilla of evidence" that any of the alleged irregularities materially affected the election outcome.

CM Casar led the initial 2014 round against seven opponents, won the run-off against Pressley, 65% to 35%, and on Nov. 8 won re-election to a four-year term. He called the ruling "what we've all expected," and said he is "very thankful for the support ... from my attorneys and the community, which has allowed me to remain focused on the job I was elected to do, rather than a frivolous lawsuit. People in Austin face real challenges that City Hall needs to address, and I look forward to continuing to do this work in my second term."

This story has been updated to reflect that a state court confirmed the ruling, not a federal court.