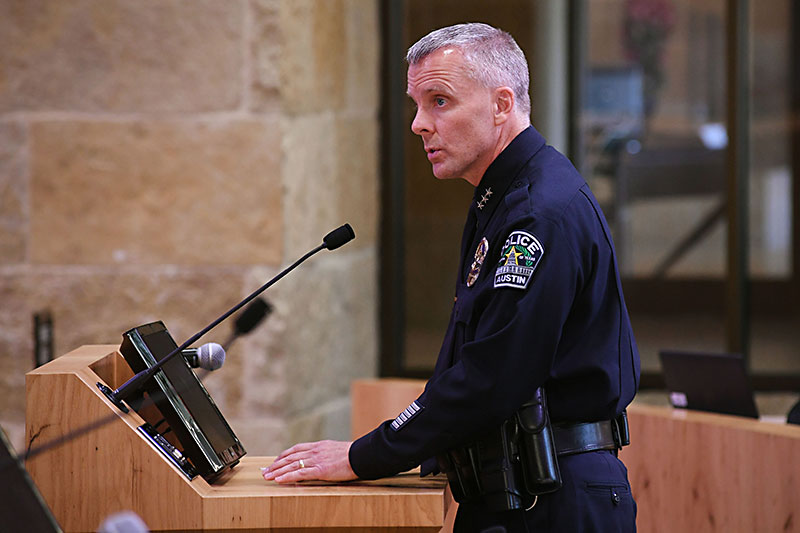 City Council meets today (Dec. 8) with the long-simmering Grove at Shoal Creek dispute possibly settled, and a fairly light agenda, mostly zoning cases, although there might also be dustups over supplementary spending on the Central Lib­rary and proposed land-for-housing acquisitions from AISD. See "Council: Not Only the Grove."

Early voting in the December run-off is underway. As of Tuesday, six days into the EV period, 8,950 people had voted in Travis County – a turnout of 1.45%. Early voting ends Friday, Dec. 9.

The Travis County Criminal Court Judic­i­ary, the collective of 15 criminal court judges of Travis County's district and county courts, penned a memo Monday requesting that APD's currently shuttered crime lab reopen as an independent entity under city and county control. See "Judges: Move the Lab out of APD!" for more.

Make America Great Again? Good news for President Obama's economic legacy: 178,000 jobs were added in November, and October's unemployment rate fell from 4.9% to 4.6%, the lowest since 2007. President-elect Donald Trump has caused state Dems to fear for the future. "Texas Democrats can not and will not let Repub­licans drag Texas families down so that the rich and powerful get richer," said Texas Democratic Party Executive Director Crystal Perkins.

The state's Court of Criminal Appeals stayed the execution of John Battaglia on Friday, nearly three weeks after attorneys argued that their client is too mentally incompetent to face lethal injection. Texas hasn't executed any inmate who's fought to save their life since Pablo Vasquez on April 6. With no other executions scheduled through the rest of the year, 2016's seven executions will be the fewest in 20 years.

Geoffrey Freeman, the APD cop fired in March for the shooting death of David Joseph, reached a $35,000 settlement with the city on Friday, three days before he was set to go to arbitration. See more details online.

The Austin/Travis County Health and Human Services Department, which oversees community health and disease prevention, announced Friday that it has a new name: Austin Public Health. The rare governmental rebranding (listen up, Railroad Commission!) is seen as a win for editors and brevity-heads throughout the county.

Count Trump down two GOP electors in Texas. First Art Sisneros resigned rather than vote for the president-elect in the electoral college, then Christopher Suprun said he will break with Trump because "he does not encourage civil discourse, but chooses to stoke fear and create outrage." Electors will nominate a replacement for Sisneros before the end of the year.