What Happens to Rape Victims?

Sixteen months and nothing 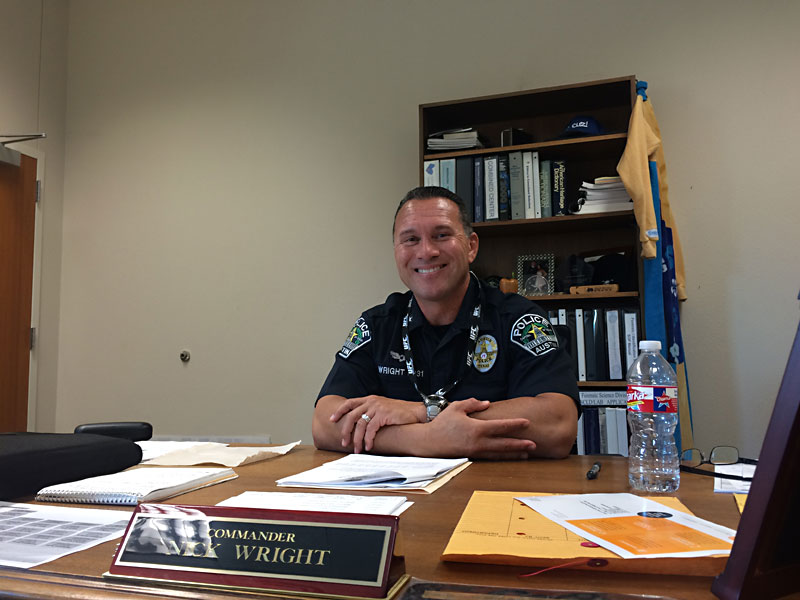 Early one morning in Aug. 2015, a University of Texas student we will name Jenna had her life change in an instant. She'd spent the night out Downtown and followed a man she'd just met into a parking garage when suddenly he slammed her head into the structure's cement wall and raped her on the floor. Two of his friends kept watch around the garage. Jenna called the police the following day and submitted a sexual assault forensic examination – a SAFE or rape kit often administered as soon as possible after someone reports a sexual assault.

Sixteen months later, that kit is part of the growing backlog originally slated for testing at the Austin Police Depart­ment's DNA lab that has remained unexamined since that lab shut down in June.

Commander Nick Wright, who oversaw operations at APD's lab, made the decision to close the lab in June, soon after he took charge, when the results of the Texas Forensic Science Commission's audit revealed that outdated techniques were leading to a number of grave inaccuracies. The DNA lab lost its accreditation, leaving the evidence contained within thousands of unexamined rape kits with no obvious way of getting tested. The shutdown means that many people, including Jenna, have been left in both legal and personal limbo. Without DNA evidence, prosecutors have shown a hesitancy to take their cases to trial.

"I feel like the judicial system is working against me right now," Jenna told the Chronicle. In 16 months, she's seen no charges filed against her rapist. "Sometimes I do want to just drop the case." She goes silent for a moment. "I can't do that."

This fall, it appeared, a systemic movement went into place that may have trickled down to Jenna's specific case. The Austin City Council passed a budget in September that included money to reopen the city's DNA lab with necessary improvements. The budget amendments included $500,000 to clear the backlog of 484 kits, and $1.4 million to get the lab up and running with the necessary staff. But the proposed reopening, set for February, has since been pushed back. APD does not currently have a definitive target date for it. (For a detailed account of APD's troubles with its crime lab, see "The Future of Austin's Crime Lab.")

Until then, rape kits and DNA evidence for cases like Jenna's are getting shipped to Sorenson Forensics in Salt Lake City for testing. Getting results has proved a prolonged process. Jenna's rape kit was part of the backlog that began to get sent this summer. Commander Wright doesn't expect the return of Jenna's kit – or others sent during that same time frame – until the end of 2017.

A delay in returns from the lab could spell trouble in criminal court, where defense attorneys now hold the advantage of being able to bring attention to the crime lab's longstanding troubles. APD insists the department is still thorough with its investigations: "The investigation continues whether there's DNA or not."

While that may be true, the length of time it would typically take Austin's DNA lab to process and analyze rape kits – on average, seven months – was already slowing prosecution of sexual assault cases, according to Dana Nelson, a Travis County assistant district attorney who specializes in prosecuting such cases. Wright believes that focusing on the turnaround times for DNA evidence "is not a very fair way" of looking at forensic evidence. "DNA is not to blame for slow prosecution unless the prosecution hinges on the DNA, and it rarely, rarely does," he said. "There's always more to that puzzle than just DNA. Not always, but nine times out of 10."

“I have absolutely nothing to do with my case, with my rape. I could sue him civilly ... but it’ll just be a long drawn-out process and that’s all I can get, is money. And I don’t want money. I want him away.” – Jenna, of her attacker

Of the 49 Travis County sexual assault cases that were closed in 2015 due to prosecution, dismissal, or otherwise (such as when the accused are found not guilty or reflexively charged for a different crime), the average time between the filing of the case and its conclusion was 502 days, according to figures provided by the District Attorney's Office. Because Jenna's case is still in the investigation phase – and has not yet been filed with prosecutors – she stands to wait at least another 18 months before she learns whether her rapist will be charged. With the DNA lab closed and evidence somewhere between Utah, Dallas, and Austin, that time frame becomes even fuzzier.

Ana Rodriguez DeFrates, co-founder of the Survivor Justice Project, expresses hope and frustration that many feel when considering the backlog of rape cases. She wants Austin to be a place where "people are believed, justice is accessible, and people have trust and faith in these systems." But she admits, "Right now, I'm afraid that's not the case." Local numbers seem to confirm DeFrates' fears – and suggest the D.A.'s failure to handle rape cases in a timely manner to encourage future reporting is a problem throughout the country: In Texas, according to the Institute on Domestic Violence & Sexual Assault, only 9.2% of victims end up reporting their rape to law enforcement. According to the Bureau of Justice Statistics' 2015 study "National Crime Victimization Survey 2010-2014," only about 30% of rapes are reported throughout the country. Each year, nearly 289,000 Americans are victims of rape and/or sexual assault.

"This Is a Scary Guy"

Since her rape last August, Jenna has dealt with depression, insomnia, night terrors, and panic attacks that have made it hard to keep up at school. She's a junior studying cultural anthropology. UT was her first choice after graduating third in her high school class in a small Texas town. "It's a really awful little town," she laughs. "I couldn't wait to get out of there." She describes coming to Austin as a sort of homecoming: "It's a great city to me. Everyone feels happy and carefree and they just love everybody."

But things have changed since her rape. Jenna said she used to think of UT as "the safest place," but since last August has struggled even getting to her classes. She knows every day that her rapist still walks free. Through Facebook, she was able to see that he "checked in" on campus earlier this year. "This is a scary guy that knows I reported he raped me," Jenna said. "It just seems like they [APD detectives and the D.A.'s Office] don't want to put these men away. It's really hard."

Despite the hurdles, Jenna is determined to use her experience to help others at risk of rape and sexual assault. She came out as a sexual assault survivor on Facebook this past April, Sexual Assault Awareness Month. She's also begun talking with friends and fellow survivors about the issue. "You don't know until it happens to you. That's why I want to be so vocal about it. I don't want it to happen to anyone else. It is the most traumatizing thing," she said. Jenna has since been approached by eight different women from her co-op who have confided in her about their own sexual assaults. To her knowledge, none of those women reported their rapes. "I really hope I can make some change," she said.

Jenna's attitude is exactly what ADA Nelson hopes to encourage through a new initiative: In early October, Nelson's office received a $650,000 grant from the U.S. Department of Justice Office to fund what is called an Intimate Partner Sexual Assault Prosecution Unit (see "Prosecuting Sexual Assault," Oct. 14). With various social service organizations in Austin that work to assist sexual assault survivors in the aftermath of the incident and litigation, this new prosecution team hopes to "improve the criminal justice system's response to violence against women," according to its grant proposal.

Asked to identify the most important element of prosecuting a sexual assault case, Nelson responded: "A victim who reports" – one who has a continued involvement in the case. "The longer it goes, the less likely it is that the victim keeps participating in the process," said Nelson. "They start to feel better and do better and are ready to not deal with [pursuing their case]."

Eight of the 49 cases closed last year were dismissed because victims chose to drop the case, according to statistics in Nelson's grant proposal. Advocates have been lobbying local prosecutors to encourage them to comply with victims' wishes when they say they want to have their cases dropped. "Victims should choose how the case proceeds, who they tell, and when they tell," said Nelson.

One year after her rape, Jenna is already facing doubts as to whether she'll be able to continue with her case. Participating in the investigation process can be a long and traumatizing experience that impedes healing. Instead, many survivors settle for "healing at the expense of justice," due to fatigue with the process – something Nelson's new unit intends to fix.

"I have absolutely nothing to do with my case, with my rape," said Jenna, her voice quavering and eyes brimming. "I could sue him civilly and get my own lawyer, but ... it'll just be a long drawn-out process and that's all I can get, is money. And I don't want money ... I want him away."