Sheri Gallo and her constituents can't seem to get along

District 10 Council Member Sheri Gallo is once again facing criticism over development – this time for her work on Champions Tract 3, a five-story, 300-unit apartment complex proposed for the corner of City Park Road and FM 2222 that Council approved for rezoning Nov. 10. Residents who oppose the development say that, during the final hearing on the zoning application, Gallo didn't bring up any of the environmental and traffic safety issues raised by the community, and failed to advocate on behalf of citizens worried about the project's impact. "We expected her, because she said she would vote with the neighborhood, to try to beat this thing, and she didn't help us one bit," said Glenlake Neighborhood Assoc­i­a­tion member Linda Bailey, who considers this an election run-off issue. A group of neighborhood associations have threatened to sue the city of Austin over what they claim has been a blundered rezoning process that's allowed the developers, Champion Assets LTD, to circumvent city law. They allege Council wrongfully permitted Champion Assets to submit a change to their zoning proposal last minute, ignored environmental damage, and violated the Imagine Austin plan by approving rezoning, the group's attorney, Brad Rockwell, told Community Impact.

Gallo disagrees with the assessment. "I supported the community by voting to deny the rezoning application as requested by the majority of the neighborhood/homeowner associations impacted by the case," she emailed the Chronicle. "I agree completely with the neighbors who say City Park Road is dangerous." She also noted that she met with neighborhood representatives "multiple times over the past year." Bailey countered: "Meeting with someone and then taking action on what they want are two different things." 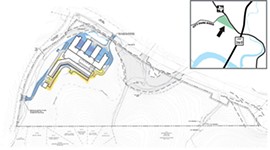 Looking Back on the Champions Tract Rezoning
Does this development belong in this particular corner of the Hill Country?

Council: Day of the Robots
All automation everything