How Returning Lightbulbs Turned Into a Run-In With Police 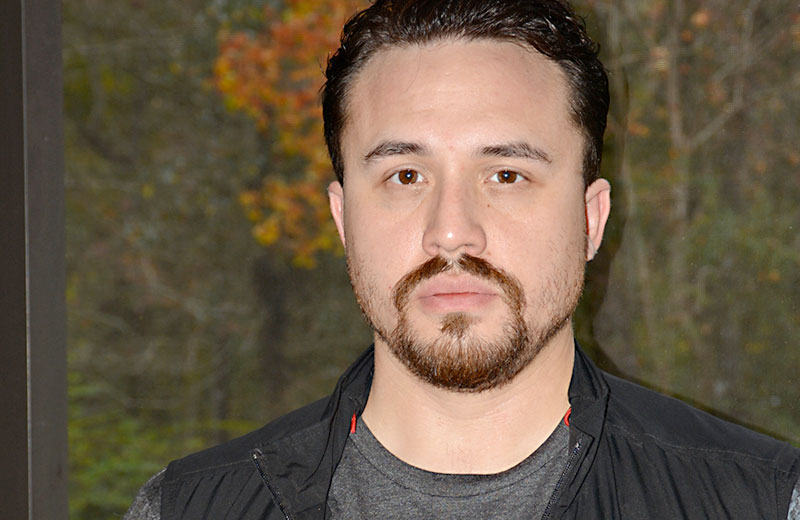 Moisés Chiullán got more trick than treat on Halloween when staff at the Spirit Halloween store in Round Rock called the police on him for attempting to return a lightbulb. The local podcaster and writer visited the Halloween chain's temporary store on Oct. 29 and spent $30 on two decorative bulbs – one regular, one black light. When he got home, he realized the bulbs weren't suitable, so he went to return them.

That's where Chiullán's problems started. He and his wife found out that Spirit stores have a "no returns" policy after Oct. 21 – meaning no returns will be accepted after that date, even if the purchase was made after that deadline. Since most retail outlets will make exceptions to such rules on small purchases, he expected it wouldn't be an issue.

Chiullán returned on Halloween. He told the Chronicle he had "a little speech in my head" to avoid being "the kind of customer who walks up yelling that they want to see a manager." But when he got to the register, he was told by a staff member that he had missed the deadline. When he pointed out that no one mentioned the policy upon point of purchase, the employee rejected him. "It didn't matter what came out of my mouth," said Chiullán. "She was just going to yell over me."

Unsuccessful in his attempt to return the bulbs, Chiullán left the shop. When he got outside, he found himself surrounded by six Round Rock Police officers, who issued him a warrant for criminal trespass. While Chiullán had been trying to get a refund, the store staff had called the cops.

In the 911 call, obtained last week by the Chronicle, store co-manager Yvonne Naylor said there was "a guy in here who is threatening over a stupid purchase, and I need him escorted out of here." Naylor told police she called her district manager, and the manager told her to call RRPD and have Chiullán removed from the premises.

Chiullán refutes Naylor's account. He said he was the one who talked to the district manager. He said he asked the staff whether he could stay in the store to call its corporate line to see if they would authorize the refund. When he reached HQ, help staff were baffled by the store's decision to give no refund for such a small purchase, Chiul­lán said, and attempted to call the store but its staff did not pick up. Finally, the district manager called Chiullán, apologized, and asked him to come to the Parmer Lane location so he could make the refund in person. RRPD appeared as he was leaving to make that trip.

Chiullán contends that the criminal trespass charge is groundless, since staff never told him to leave. In fact, he said, "It seems like they had me stay in the store so they could incite an incident that caused [RRPD] to be called out." Moreover, on the recording the store worker tells the dispatcher "he's got something in his hands," without clarifying what it was – even after being asked by RRPD. Chiullán explained that the "something" being referenced were the lightbulbs he'd brought in for return.

The "threatening" description the store manager used is also rejected by an eyewitness, Mark Roma, who was in the store at the same time purchasing part of his costume. Roma said he knows Chiullán through events at the Alamo Drafthouse. (He described their relationship as "a friend of friends.") He said he saw Chiullán in the store with two staff members, one working the register and another on the phone. He said Chiullán stood off to one side, with nothing in his demeanor suggesting any reason to call the cops. Even the police seemed baffled that they had been called. Chiullán said one officer told him this kind of situation is why Yelp reviews were invented. "They were annoyed at having their time wasted," said Chiullán.

Now Chiullán has a police record for being a customer, with seemingly no legal recourse. Spirit Halloween has made no effort to make amends. While it is a national brand, Spirit only operates brick-and-mortars as pop-up stores for the two months prior to Halloween. Its employees at the Round Rock store have been laid off. Chiul­lán said he has spoken with the company's general counsel, but after initial promises about getting the warrants removed, nothing has happened. Neither Spirit Halloween nor its parent company, Spencer Gifts, returned requests for comment.

Chiullán said he worries he was racially profiled (he is Anglo-Cuban-Chinese). He voiced concerns about what could have happened if the same thing had happened to a black or Latino customer. "The tone these women took with me was what I had experienced hundreds, if not thousands of times," he said. He said his greatest concern was that the situation escalated so quickly. "These people decided that bullying by law enforcement was acceptable."

A version of this article appeared in print on December 2, 2016 with the headline: No Returns at the Spirit Shop