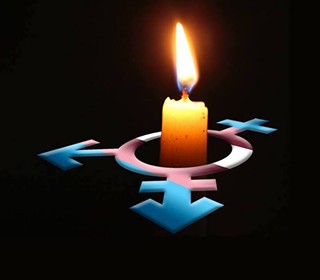 Monica Loera was murdered on Jan. 22, 2016. She was 43 and called North Austin home. Now her name, and her death, are again showing up on multiple lists, as Austin, the U.S., and countries across the world prepare for the 18th annual Transgender Day of Remem­brance this Sunday. Loera was the first transwoman to be killed in the U.S. this year, a year that will go down in history as the deadliest on record for trans, gender-nonconforming, and gender-diverse people. In the U.S. alone, 24 people were murdered for being, or perceived as being, gender-diverse. That number rises to well past the 200 mark across the globe. "Over the last decade, more than one person per month has perished as a result of gender-based hate or prejudice," states the Transgender Education Network of Texas, the organization hosting Austin's TDoR memorial. In light of the recent election, many communities are fearing even more for their rights, and perhaps their lives. Sunday's event will not only offer a chance to honor those who were taken, but also a place to unite with those still here in hopes of building a stronger community of LGBTQ folks and allies. The event takes place Sunday at 6:30pm at City Hall Plaza.