There will be both change and continuity on the Travis County Commissioners Court. In Precinct 1, retiring Commissioner Ron Davis will be succeeded, as expected, by longtime state and city administrator and civil rights activist Jeff Travillion, also a Demo­crat, who won 70% of the early vote and 68% by the end of the day. It was a longer evening for Precinct 3, where incumbent Republican Gerald Daugherty edged Democrat David Holmes, 52% to 48%, with the outcome remaining in doubt until nearly midnight.

Travillion led a primary against four opponents, defeating Arthur Sampson in a run-off, and in this round was opposed by Republican Pat McCord (26%) and Green Party candidate Ashely "Flashe" Gordon (6.5%). Although the outcome was never in doubt, Travillion began his Election Day as the polls opened, and by the time the Chronicle touched base with him in the afternoon, he had visited 10 polling places and continued his tour. He noted that some lengthy lines had not discouraged voters "even in the rain," although the 88,000 Northeast turnout did not approach the 150,000 voters in the more hotly contested Southeast Precinct 3.

Travillion told the Chronicle he was continuing his "workman's" approach to the campaign, "taking nothing for granted," congratulating voters on their engagement in the process and reiterating his description of "how we want to serve" Precinct 3 and Travis County.

Precinct 3 has been a swing voting district, with Daugherty re-elected in 2012 after a four-year interim. He acknowledged the difficulty of running in Travis County as a Republican in a presidential year, but he led narrowly in early voting (50.1-49.8%), and lengthened his lead to 52% by the end of the day. A hoped-for comeback via late-counted boxes near Downtown and UT-Austin never materialized. As he awaited the Election Day voting reports, Holmes told the Chronicle, "It's a David and Goliath situation," referring to Daugherty's incumbency and large fundraising advantage, "but we did a really good job. ... The vote is nearly 50-50, and whoever wins, the winner is going to have to figure out how to represent both sides." 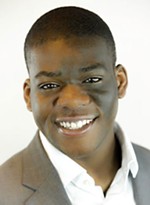 SH 45: The Road to Commissioners Court?
Karen Huber and Gerald Daugherty face off over a highway in southwestern Travis County