At this point, it’s hard to imagine State Health Services turning back 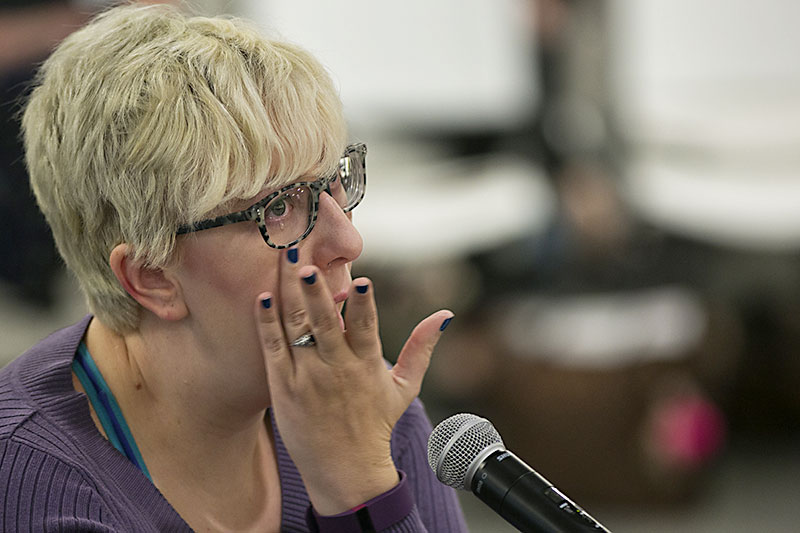 Through tears, Austin resident Ashley Blinkhorn said she had undergone two miscarriages by age 25. If a proposed rule that forces women to bury or cremate their aborted or miscarried fetal tissue (rather than deposit in sanitary sewers and medical-waste landfills) had been in effect, Blinkhorn wouldn't have sought medical care because the costs associated with the regulation would've been too high, she told the Department of State Health Services during a hearing on the new rule earlier this week.

"There's no health reason that we should do this," said an emotional Blinkhorn. "Health clinics are already following state standards, there's no reason to change the rule for this kind of waste. It's not reasonable and not necessary. This is targeted at [women], and this is not something we need to stand for."

The Health Department held its second public hearing (see "Fetal Burial Saga Continues," Aug. 5) on the anti-abortion rule on Wednesday, Nov. 9, the morning after an unexpected victory for anti-abortion and sexist President-elect Donald Trump, casting an additional pall on an already somber hearing. The rule could be a harbinger of what's to come nationally under a Trump presidency: Vice President-elect Mike Pence signed a similar law in Indiana (temporarily blocked by a federal judge in June) even harsher than the one proposed today in Texas. Both men have vowed to ensure Supreme Court appointments that would undo abortion rights, including Roe v. Wade and the historic victory of Texas' Whole Woman's Health v. Hellerstedt.

At the hearing, a stream of anti-choice speakers with Texas Alliance for Life, the Texas Catholic Conference of Bishops, and Texas Right to Life applauded the measure as a move toward "dignity" and "respect," and used graphic language to describe fetal disposal. "It is unconscionable to grind and flush an unborn child ... like they're mere medical waste," said TAL's Joe Pojman. John Seago with TRL noted their group wanted a clarification showing that women who experience miscarriages at home would not be subject to the rule.

On the other end, pro-choice advocates with Planned Parenthood Texas Votes, Jane's Due Process, NARAL Pro-Choice Texas, and individual citizens criticized the regulation as another attempt to shame, stigmatize, and restrict women's access to abortion care. "Legally, practically, and morally, these rules are unnecessary," said Tina Hester of Jane's Due Process in testimony read aloud by proxy. Since the state will not shoulder the price tag of burials and cremation, the cost burden falls on abortion providers and patients, already straining from a trail of anti-choice laws, said pro-choice speakers. The Funeral Consumers Alliance of Texas estimates the rule could add $2,000 to the cost of abortion care.

The Texas Medical Association, the Texas Hospital Association, and health professionals have expressed deep concern over how to implement the rules. "The significant financial burden, the invasion of privacy, and intrusion of government will only hurt women," said Round Rock OB-GYN Rebecca Teng, echoing some of the overall worry from the medical community. Advocates also stressed that the state has shown no medical evidence the rule would actually promote the health and safety of women – a requirement mandated by the SCOTUS Whole Woman's decision. The Center for Reproductive Rights and the ACLU of Texas have both warned the rule is unconstitutional and will likely spark a legal challenge ("Fetal Burial Rule May Flout Constitutional Limits," Aug. 12).

The proposed regulation still needs to be approved by the Health and Human Services Commission executive commissioner and posted in the Texas Register. It would then take effect 20 days later. DSHS spokesperson Carrie Williams said the Health Department will offer additional information on next steps after reviewing the thousands of comments it received. But with the blessing and encouragement from conservative anti-choice Gov. Greg Abbott, it's hard to imagine the department turning back without yet another lawsuit to stop them. 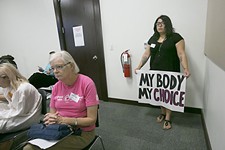