Leslie Pool cruised to an easy victory against Natalie Gauldin 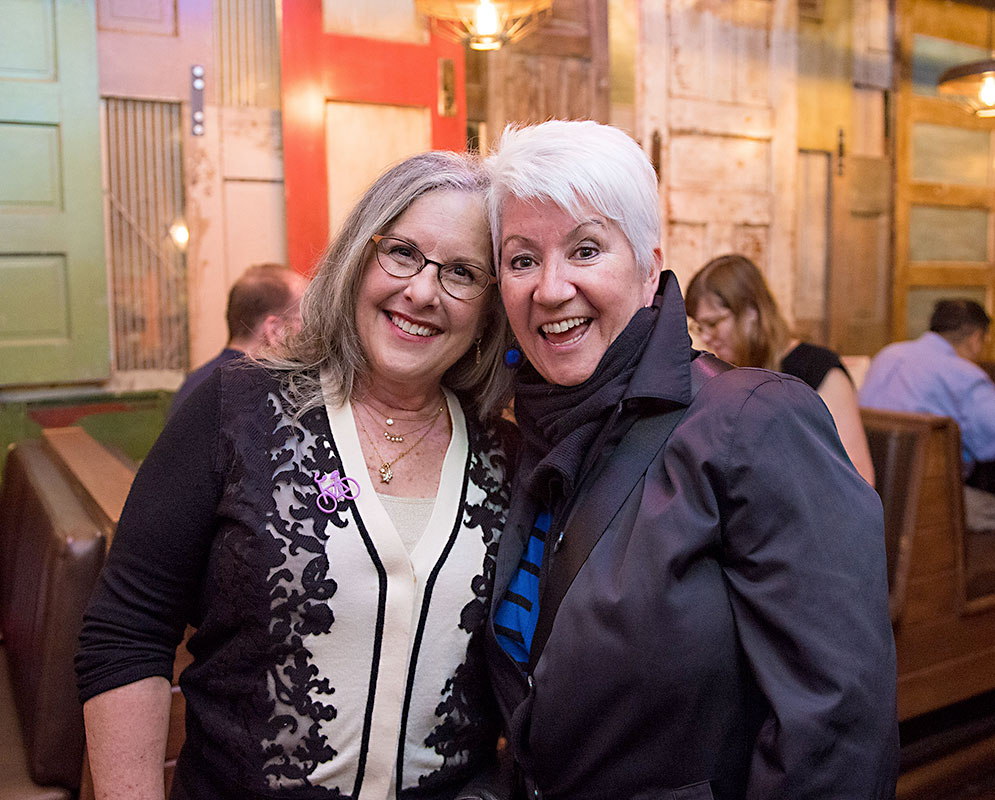 The District 7 race, while extremely contentious, was not close. Incumbent Leslie Pool arrived at her election night watch party at Tex-Mex restaurant La Mancha at 7:45pm already in high spirits. Early vote totals showed Pool defeating her challenger, density activist Natalie Gauldin, by a decisive, 46-point margin, an advantage way too much to overcome, especially in a county with unprecedented early turnout. Before Election Day, 24,000 D7 voters had already cast ballots; more than 17,000 of them went with the neighborhood advocate.

Pool didn't take much time to gloat, however, instead pivoting to her next four-year term. She has plans to meet with staff to plot a specific agenda, but said parks funding and homelessness will be among the priorities.

The controversial Grove at Shoal Creek PUD was a divisive issue in the campaign, with Gauldin building much of her support by supporting the development and calling into question Pool's more critical approach. That led to an ugly few months of West Austin neighbors bickering on social media about how the city should handle its surging growth. The density activists who support Gauldin think the only way to meet Austin's growth challenge is to approve high-density, mixed-use developments like the Grove; they often characterize Pool supporters, who are generally from old West Austin neighborhoods, as NIMBYs fighting against progress and the development of housing stock we sorely need. Those neighbors disagree with the idea of density damn the costs, and have criticized the other side for being too friendly to developers.

Pool has plans to meet with staff to plot a specific agenda, but said parks funding and homelessness will be among the priorities.

The race was so heated, the Pool campaign offered an "olive branch" almost as soon as the results became clear. As she took pictures with supporters and friends, Pool's political adviser Matt Hersh told the Chronicle, "Leslie and I spoke and we both feel the same way: We may not always agree with Natalie and her supporters, but we can't deny how much they care about the city. Leslie's door will always be open to them." Pool swept Election Day totals as well, extending her lead, and earning by far the largest margin of any of the council races.

Gauldin did not host an election night watch party or respond to the Chronicle's requests for comment later in the evening, but posted thanks to her supporters on Facebook early on Tuesday. "After countless (very sweaty) hours knocking on thousands of doors this summer and fall, it was bittersweet to put on my Natalie shirt one last time," she wrote. "This grassroots campaign was powered by neighbors like them sharing a goal to make Austin the best city it can be. I sincerely appreciate all of the work that the community has put into the #NatalieinNovember effort."