School boards fill up, with a few seats left open for run-offs 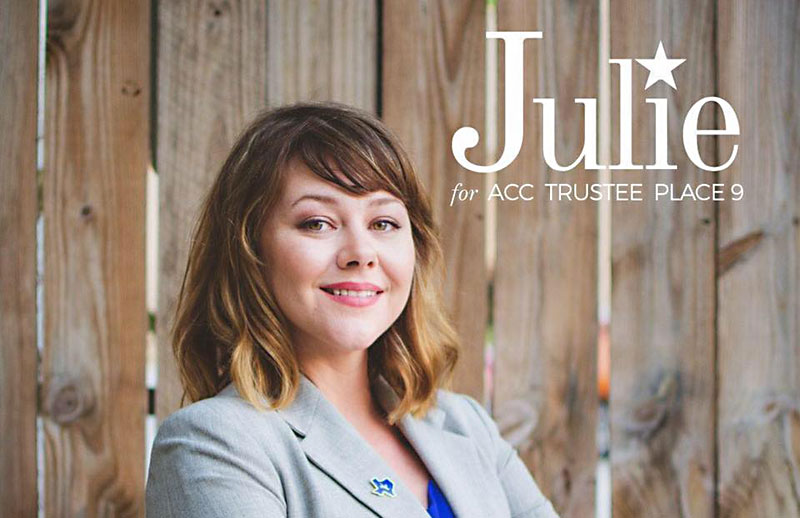 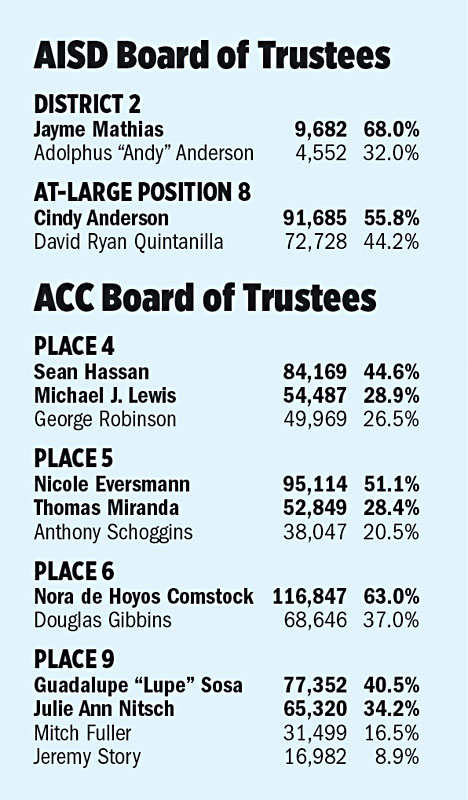 Pop quiz: If there are four community college trustee races, and there are only clear winners in two of them, how many run-offs must voters endure next month?

That leaves two seats unresolved. In Place 4, Sean Hassan came first with 45%, but didn't break the 50%-plus boundary, and now heads for a run-off election on Dec. 13. Michael J. Lewis narrowly scraped ahead of George Robinson, and will be Hassan's challenger.

It's a similar situation in Place 9, the unexpected additional fourth race to finish out the unexpired term of retiring trustee Allen Kap­lan. Again, there was no clear winner, and it was actually a considerably tighter result than in Place 4. Going through to the next stage are Guadalupe "Lupe" Sosa (who currently holds Place 6, but deferred her retirement to run in this race) with 40% of the vote, and student and Bernie Sanders organizer Julie Ann Nitsch at 34%. Pushed out of the second-round picture are former Cedar Park Mayor Pro Tem Mitch Fuller, and evangelical Christian campaigner Jeremy Story.