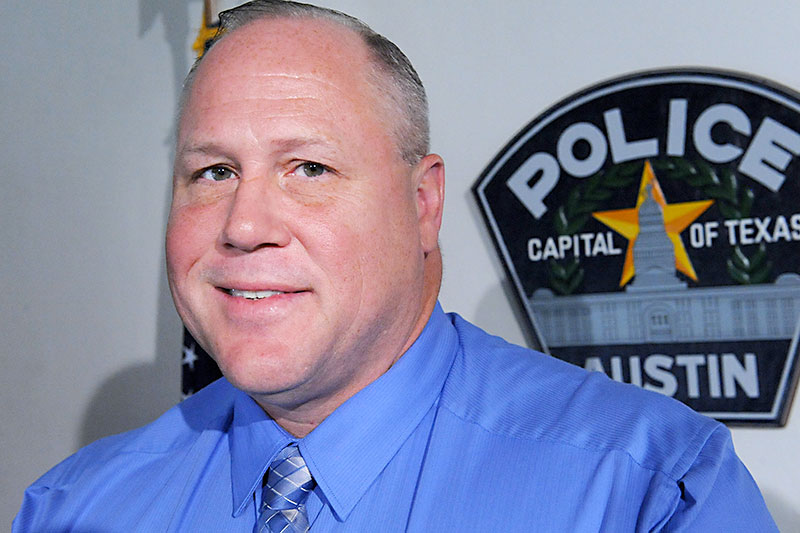 This Thursday, Oct. 27, the Matthew Shepard Foundation will meet with Mayor Steve Adler, representatives from the Aus­tin Police Department, Equality Tex­as, Transgender Educa­tion Network of Texas (TENT), and the Human Rights Campaign to lead a hate crime summit geared toward advancing LGBTQ equality throughout the state. The goal, says APD detective and president of the Lesbian and Gay Peace Officers Association Michael Crumrine, is to begin "mov[ing] the dialogue forward toward acceptance. Or at the very least [toward] understanding that all people deserve to be treated with dignity and respect."

While Austin has an exceptionally low hate crime rate and is an LGBTQ-inclusive city, state law does not currently offer any protection to transgender and gender-nonconforming residents. Because of this there aren't many statistics available to shed light on how many gender-nonconforming folks have been targeted within the city and state. In 2015, Texas reported 193 incidences of sexual orientation-related hate crimes, a 16.3% increase from 2014, when there were 166 reported crimes. Additionally, bathroom policing is still being championed by Texas politicians (see "Battle of the Bathroom Bigots," May 27). Though defunct since it was struck down by the U.S. Supreme Court 13 years ago, an anti-homosexuality law is still written into the state code.

With the mission of "erasing hate" with outreach and education, the Matthew Shep­ard Foundation approached Crumrine about hosting the summit here – where, Crumrine attests, "we've had some successes" – in hopes that conversation might begin to percolate throughout the state. The MSF is named for the founders' son, Matthew Shep­ard, who was brutally murdered 18 years ago in Wyo­ming because he was gay. His mother, Judy Shepard, will be in Austin for the summit.

"One of the most important things the summit will do is encourage accurate reporting [by law enforcement]," says Claire Bow, TENT's general counsel. "So often crimes are omitted or mischaracterized, which really hides the scope of the problem." When Aus­tin­ite Monica Loera was killed in Janu­ary, her identity was momentarily lost due to incorrect – i.e., misgendering – reporting from both APD and local news outlets. (See "Justice Down to the Pronoun," Feb. 5.)

Bow and Crumrine are optimistic about what this summit might achieve thanks to the education and visibility it will provide. Indeed, both those ingredients have contributed to the level of acceptance the entire queer community experiences today. Unfor­tun­ately however, both the Human Rights Campaign and Equality Texas have been criticized for not promoting acceptance for the trans community and for their less than stellar record of fighting for all-inclusive rights. In the early 2000s the HRC memorably removed trans issues from their original attempt at the Employment Non-Discrimination Act. Over the last decade, the HRC has worked to repair the schism they created, but some distrust still lingers in the community.

As the Chronicle's Brandon Watson wrote in a 2014 story, Equality Texas has frequently accepted "good enough" as its political position. Specifically, Watson references EQTX's endorsement of Republican Sarah Davis – who had a history of voting "separate but equal" – for House District 134. In January 2015, the Texas Observer reported a similar response from the organization regarding Plano's nondiscrimination ordinance that also excluded transgender rights. Despite outrage from multiple trans activists, EQTX declared that it would defend the ordinance if it was placed on the ballot. "While the ordinance is not perfect, it is a fact that it includes protections from discrimination in employment, housing, and public accommodations for LGBT residents and veterans in Plano that did not previously exist," EQTX Executive Dir­ector Chuck Smith told the Observer then.

Perhaps, then, this summit can provide a chance to better educate both the HRC and EQTX, as well as the other organizations participating. In an ideal setting, everyone leaves with a better understanding of where things are today and where they ought to be.

"Trans has always been a part of the LGBTQ community. It's been a safe haven – even though it's not always perfect – a place that recognized we were all oppressed and we were all being harmed," says Bow, who has embraced working collaboratively with the HRC and EQTX. "These organizations are putting in their full effort to recognize that all of us deserve protections. Throughout history, no minority has ever won full rights without support of the majority."