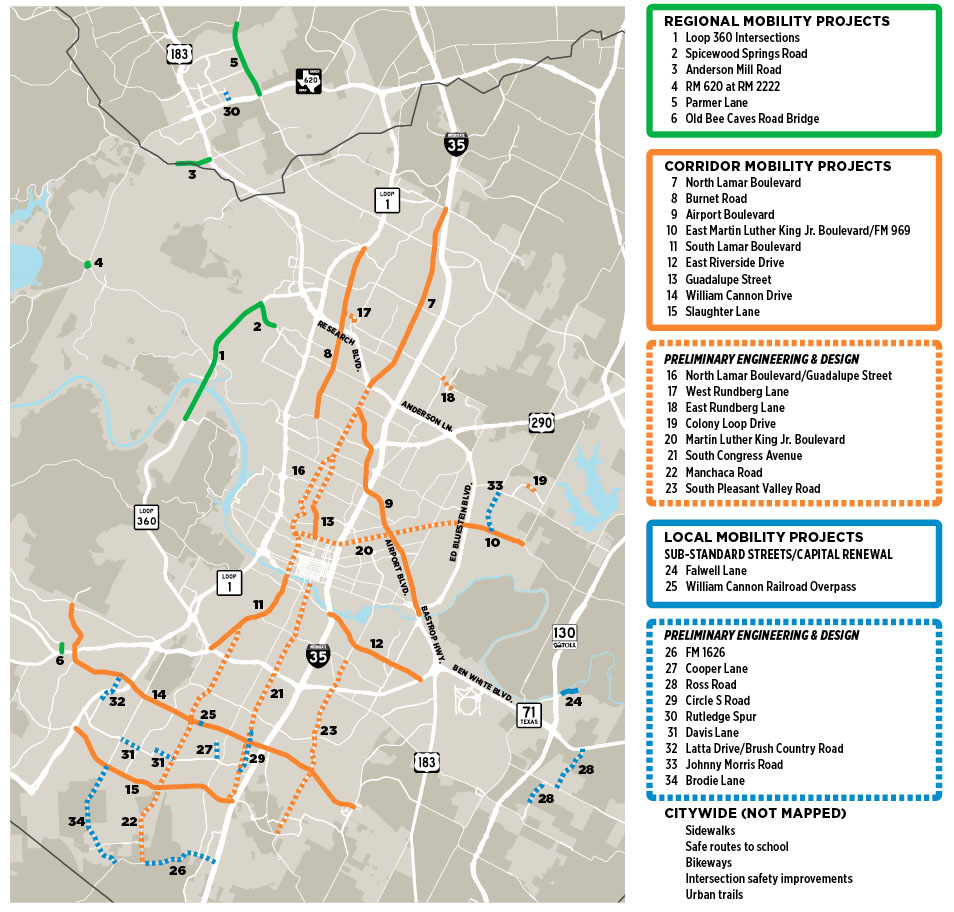 The "project and program map" reflects both the priority regional/corridor/local mobility projects targeted in the bond, and those projects marked for initial planning and engineering studies, but not fully funded for construction.

The local projects ($137 million) include improvements to many sub-standard streets and intersections, urban trails and bikeways (not mapped), and sidewalks/safe routes to schools.

The core projects are the "smart corridors" ($482 million), primarily the redesign of seven major corridors (North Lamar to East Riverside), steps toward the same for William Cannon and Slaughter Lane, and planning/engineering of eight more (Rundberg to South Pleasant Valley).

Within each of the three "buckets," particular projects may be adjusted or changed over the period of the bond, estimated at eight years. For the corri­dors, the bond ordinance prioritizes: "reduction in con­gestion," improved service "for all modes of travel," and "improved effectiveness of transit operations."