In a busy election season, the Statesman grapples with space and its endorsements

In a hectic election season, the League of Women Voters is often seen as an invaluable, nonpartisan resource. The group's voters' guide, carrying policy positions from every candidate that replies, is one of the LWV's most essential services. However, anyone opening the Austin American-Statesman last Sunday for the printed insert version of the guide may have been disappointed: Multiple races were cut out.

Such is frustrating for David Holmes, the Democratic challenger to Precinct 3 County Commissioner Gerald Daugherty, who found his race on the wrong side of the cut. On Oct. 15, Holmes received an email from Jaci Col­lins, League of Women Voters Austin Area vice-president for voter services. In it, she explained: "because of circumstances beyond our control, some of the races in Travis County will not be in the printed [guide]."

Holmes argued that dropping the Precinct 3 race meant fewer voters would get to see his platform. Furthermore, he said, many seats that were included, including those for state representative, were either not contested or so safe that they may as well not have a challenger. By contrast, he argued, Precinct 3 voters deserved the information the guide provides because of the seat's history. Democrat Karen Huber defeated Daugherty for the position in 2008, before Daugherty reclaimed it in 2012. Holmes said, "The thing that really frustrated me is that my race had flipped back in recent years, so it really is a swing seat."

In her email, Collins blamed staff cuts at the Statesman, and said the paper "edited out those races in order to reduce the number of pages to print, because this is the last time they will be printing in Austin and they had an advanced deadline to meet." However, Holmes said he got a slightly different answer from Statesman editor Debbie Hiott, who told him "some of the races were cut for space reasons, but [the omission of Precinct 3] was an accident."

In an email to the Chronicle, Hiott called the omission "absolutely a mistake." The printed guide, she notes, is co-produced by the LWV and the Statesman. LWV handles candidate questionnaires, the Statesman edits, designs, and prints the actual guide, and LWV pays for the printing. Originally, the paper had expected the supplement to run 48 pages, but when its design department began laying it out, it was closer to 60. The decision was made to leave out municipal races in smaller cities such as Jonestown and Lago Vista. However, LWV had initially left out the transportation bond, and the Statesman had to redesign the guide. Hiott said, "When we were putting [the bond] in, the Precinct 3 commissioner's race was accidentally left out."

While the full guide, including Precinct 3, was published online, it was missing from the printed version, including 6,000 extra copies ordered by the LWV. Hiott said the Statesman has offered to cover some of the printing costs, and included Precinct 3 (which she called "an important race") in last Sunday's paper.

Holmes argued that was not the same as inclusion in the guide. Voters use it because it is convenient, he said: "They don't take the whole paper into the voting booth."

The misprint came at a time when the Statesman is already taking flak for deciding no longer to issue endorsements for any elected offices. Earlier this year, the newspaper announced it was staying out of the presidential primaries and November elections, arguing that its seal of approval would do little to sway voters, and that its staff would concentrate on straight coverage in its stead. Since then, the daily has resisted endorsing in any race this year. On May 21, Hiott and Statesman Viewpoints editor Tara Doolittle wrote that "the sheer number of candidates in a metropolitan area this size and the number of editorial writers we have makes it challenging to add to the contours of the electoral debate."

That places the paper at odds with many other editorial boards, whose endorsements have gained added weight this cycle. Traditionally conservative newspapers such as The Cincinnati Enquirer and The Dallas Morning News have broken ranks to endorse Hillary Clinton. Moreover, as publications such as the respected Foreign Policy got into the endorsement business for the first time ever, the Statesman avoided what many see as their public duty. Notes Holmes: "They basically said, 'There are too many candidates; it's too hard.' Well, how do they expect voters to do it?" 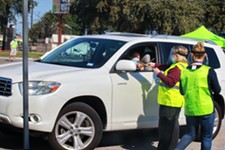 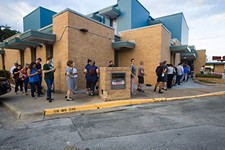