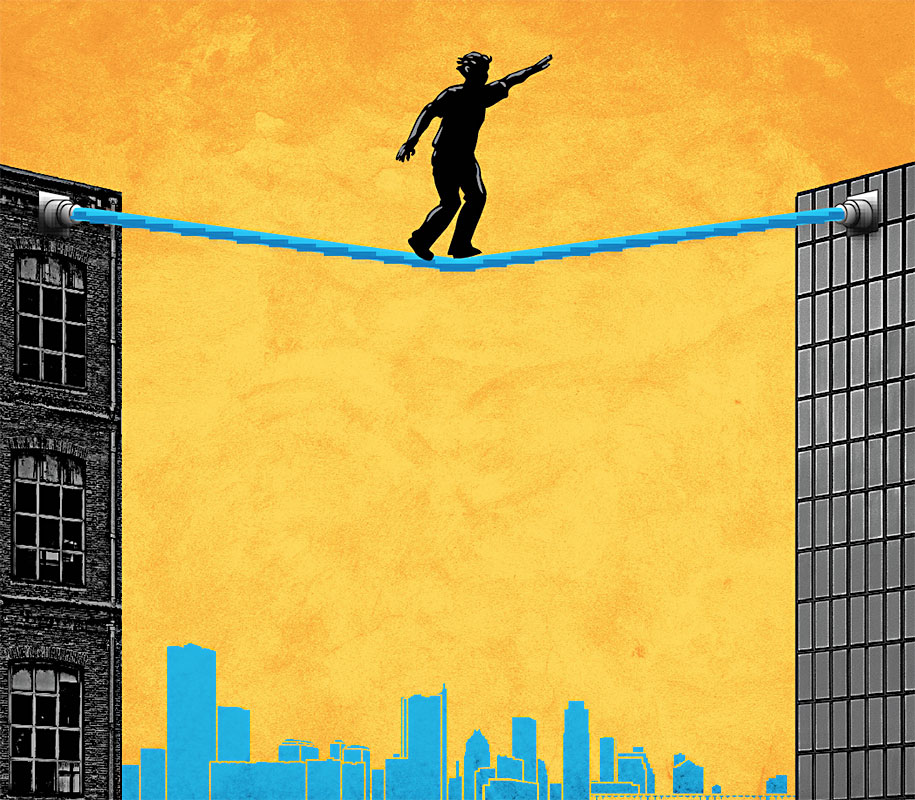 As a teenager living in Manchaca Village housing complex, Christeen Wier and her family couldn't afford internet access. That stood as a huge barrier for Wier, who was part of a heavily STEM-based high school curriculum (science, technology, engineering, and math) at Harmony School of Excellence in South Austin. She needed the web to complete homework and other projects, so she shuffled from the school computer lab to a public library via bus, working online until close. That all changed, dramatically, she says, when Google Fiber came to town and connected her housing community for free.

"It was really helpful to be on the same level as other classmates who had the advantage of internet at their house. I was finally able to keep up," says Wier. "It relieved a lot of the struggle and stress of applying to scholarships and colleges. And it allowed me to find my passion for science and technology – that wouldn't have happened if I didn't have internet." Wier graduated as valedictorian of her class in May and is now pursuing a biomedical engineering degree at UT-Austin – the first person in her family to attend a four-year university. Wier attributes her academic success in large part to broadband connectivity at home – a now basic utility that's often taken for granted.

In November 2014, a slate of speakers including representatives with the U.S. Housing and Urban Development, the local housing authority (the Housing Authority of the City of Austin, or HACA), and Google Fiber stood outside East Austin's Booker T. Wash­ington Terraces and publicly ushered in a public-private partnership that would give residents living in HACA properties free (or nominal cost) high-speed internet access. (See "Closing the Digital Divide," Nov. 28, 2014.) A first-of-its-kind model, the "Unlocking the Con­nec­tion" initiative was meant to help bridge the gap between those able to afford internet access and those left in the dark due largely to expense. Cost is the most significant reason most Americans go without broadband, according to the Pew Research Center. With connectivity tied to race, education, and income, the plan is aimed at bridging that gap and spurring upward mobility for the low-income, largely minority HACA population. As the second anniversary of the announcement approaches, the pioneer collaboration signals progress, with lessons learned.

Based geographically in conjunction with the commercial Google Fiber rollout, the tech giant recently connected its third HACA property, Meadowbrook Apart­ments, with gigabit-speeds. The first two properties – South Austin's Manchaca Village and Bouldin Oaks – already hooked up with Google broadband will soon see retrofit upgrades to faster speeds. HACA's Booker T. Washington Terraces is next in line for the service, though an exact installation date has not yet been set. (Google Fiber announced Wednesday that it had ceased operations in 10 "proposed Fiber cities" but that service will continue in Austin and other cities "where we've launched or are under construction.")

Wier is a success story, but not all HACA residents have easily jumped on board with Google. About 80% of residents across all three connected HACA properties signed up for the free service, according the company's Fiber Austin group. A couple of possible reasons why that rate isn't closer to 100: One, residents need an email address and an internet-capable computer to sign up, potentially problematic barriers for someone without internet access. Two, not all residents understand the value of, or feel the need for, online access – a combination of skepticism, intimidation, or just plain disinterest.

"Just because something is free, it's not necessarily clear why someone should sign up for it," says Parisa Fatehi-Weeks, head of community impact programs at Google Fiber Austin. "People might be surprised to find it wasn't an autopilot deal. It's not like we could just put a flyer under a door, say this is free, and walk away. It's actually been two years of community engagement and getting to know the residents. So that's been a huge lesson learned for us."