Developers threaten to take their PUDkin and go home

At press time, it appears there will be no action anytime soon on the albatross around City Council's neck, the Grove at Shoal Creek PUD proposal, but it also seems safe to say that no one is taking the developers' latest ploy very seriously.

With Council prepared to address a series of amendments aimed at reducing traffic and commercial development on the site, attorneys for ARG Bull Creek Ltd. struck back this week. In a dramatic letter to City Council released late Tuesday, ARG's attorney Jeff Howard asserted that, if ARG is limited to building only a little more retail and office space than exist at the Triangle development, plus the entire residential program that they want, they will choose instead to abandon the mixed-use plan altogether, and instead revert to "conventional" zoning, which would yield about a sixth as much housing, and no commercial or retail at all. They've essentially placed a gun to their own head, and dared Council not to make them shoot. It's still a couple of weeks until Halloween, so maybe that's why no one is really scared. Read plenty more about the ongoing saga here and here.

Meanwhile, early voting for the November election starts Monday, and the final presidential debate is taking place as we go to press Wednesday night. That occurs right after the City Council's first special-called meeting regarding the much-anticipated CodeNext rewrite of Austin's land development code. Given the timing, the lengthy agenda, and the brief two-hour time frame in which they have to meet, it seems unlikely that the 11 CMs and 18 Citizens Advisory Group members will have time to get into much substantive discussion, so, probably no surprise there either, but we'll have a recap of it all next week.

The Catrina Ball is the primary annual fundraising event for the Mexic-Arte Museum – a costume ball inspired by José Guadalupe Posada's La Calavera Catrina ("The Elegant Skull") – with guests "invited to show off their Calavera/Día de los Muertos makeup, rose crowns, and other inspired couture." It's Saturday, Oct. 22, in the Four Seasons Ballroom, with cocktails at 5:30pm, dinner at 6:30pm, followed by entertainment and a dance party. Tax-deductible tickets are $300 in advance only, at www.mexic-artemuseum.org.

From Deep in the Heart takes place the following evening, Sunday, Oct. 23, at Threadgill's South – a fundraising supper for the South Austin Popular Culture Center (SouthPop), a museum, exhibition space, and archive of primarily music-related poster art from the Arma­dil­lo era forward. Festivities begin at 5pm with music by Two Guitars, Bass and Drums (Denny Freeman, John X Reed, Speedy Sparks, Rodney Craig) and a served buffet at 7:09pm. Attendees will receive a special art print created by beloved Austin artist Henry Gonzalez, and all new SouthPop members will be inducted into the Order of the Sacred Varmint. Dinner with the celebrity of your choice is $125 in advance at www.southpop.org. 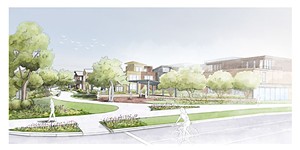