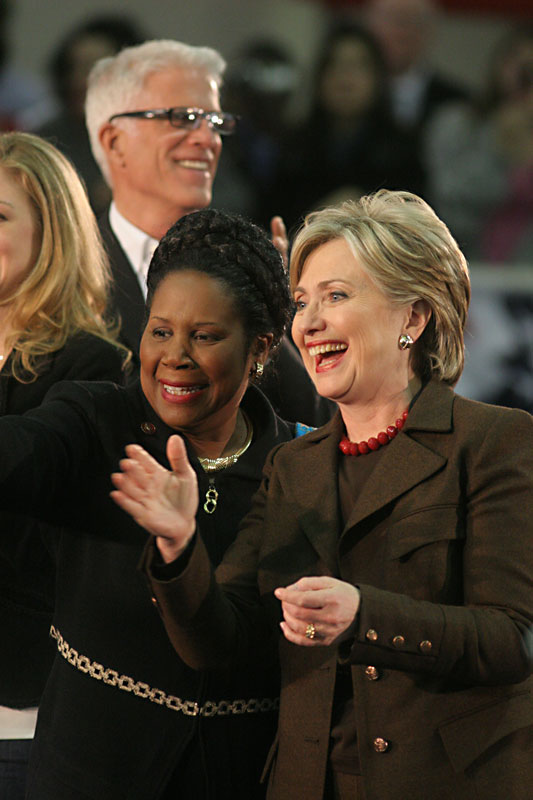 We are proud to endorse Democrat Hillary Clinton for the presidency, redundantly pointing out that she is – as attorney, activist, advocate, first lady, senator, secretary of state – easily the most qualified candidate of recent decades. She is and will remain a dedicated and persistent defender of health care, women's rights, public education, environmental protection, civil rights, workers' rights ... the entire panoply of the progressive agenda for the last 50 years. We don't and won't agree with her on every issue – particularly on the bipartisan militarism that still dominates U.S. foreign policy – and citizens should continue to demand that her commitment to representative democracy requires that she respond to public sentiment and pressure on these and other questions. But in experience and judgment, Clinton stands head and shoulders above all her opponents – most especially the disgracefully demagogic GOP nominee. We urge our readers to vote for her, with enthusiasm. One consequence of the ruthless Texas redistricting initiated by now disgraced GOP Majority Leader Tom DeLay, and renewed by the current state Republican leadership, is that Austin has no congressional district anchored in the city. Instead, all five districts are anchored in other population centers, and the sole Democratic representative is Lloyd Doggett. That alone is a strong reason for a straight Democratic vote. In addition to Doggett, each 2016 Dem challenger would be an improvement on the current incumbents. They include RN Tawana Cadi­en (D10), educator William Matta (D17), longtime grassroots activist Tom Wakely (D21), and businesswoman Kathi Thomas (D25). Your Travis County ballot will reflect only one of these candidates – you can generate a personal sample ballot on the Travis County Clerk elections website.