Five districts up for grabs 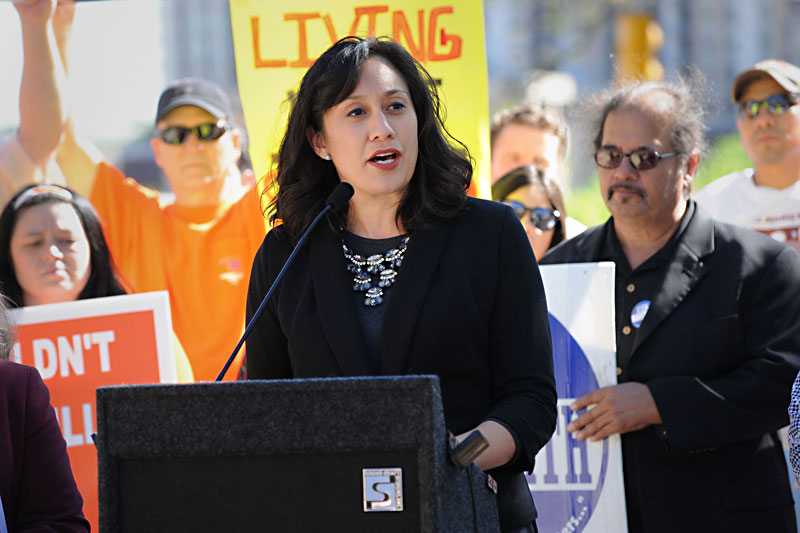 We like Delia Garza. In the 22 months since she took office, the Southeast Austin representative has proven herself thoughtful, considerate, and professional, with a natural eye toward social justice and welfare issues that's made her one of our favorite members of 10-1. Admittedly, the incumbent's attentiveness to D2 issues sometimes interferes with initiatives we believe could benefit the whole city. (Her stance on the Mobility Bond comes to mind.) But that's a fault of all CMs, and we welcome such a devout champion of a region in need of a true leader. We also believe Garza's full body of work has earned her the right to consider her own constituents above others from time to time. Challengers Wesley Faulkner and Casey Ramos may provide an option in future elections; right now, they're both green, overmatched, and undercooked on their ideas. 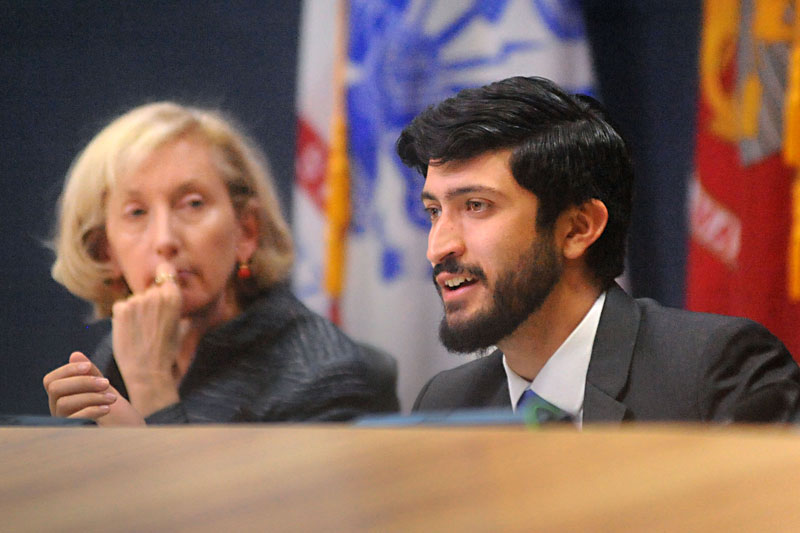 The young incumbent has weathered with grace a nasty and prolonged election challenge from his 2014 run-off opponent, and fulfilled his promise as an effective district representative, particularly as a persistent advocate for working-class and Latino constituents, in District 4 and across the city. Casar has led the fight for expansion of living wages and high standards for working conditions, and joined Council colleagues in pushing for affordable housing, greater residential density, traffic solutions, renewable energy, and tenants' rights. In this campaign, despite only token opposition from unqualified opponents, Casar has enjoyed a groundswell of support, to which he and his supporters have responded with renewed political energy. He's been effective in action as well as rhetoric, and in crafting effective compromises is perhaps the most politically adept member on the dais, though he remains naive on land-use issues. A vote for Casar is a vote for effective city government. 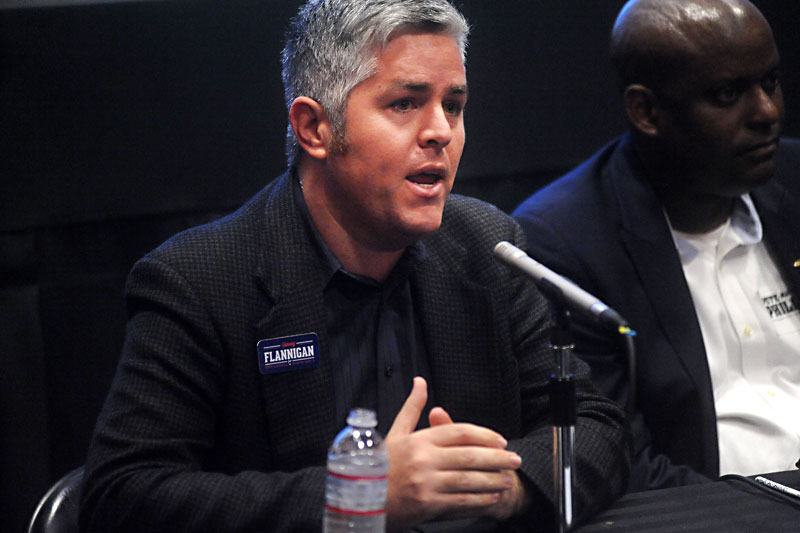 It should come as no surprise that the Chronicle strongly urges voters to elect Jimmy Flannigan. When not abstaining from votes, D6 incumbent Don Zimmerman remains blindly tethered to anti-tax, anti-government ideology, and often votes against meaningful projects like affordable housing and much-needed social services. Moreover, Zimmer­man has consistently showcased aggression toward chamber guests and city staff, burned valuable Council time with frivolous arguments, allegedly verbally attacked his own constituents, and spouted arguably racist remarks from the dais. Should we go on? Frankly, we believe Zimmerman is unfit to lead. But make no mistake: We're not choosing Flannigan because he's the only alternative. Since his defeat in 2014, Flannigan has proven himself a dedicated district leader, hosting his own community meetings and lobbying to include Anderson Mill Road on the Mobility Bond. He's measured, well-versed, in tune with the needs of his Northwest Austin district, and ready to compromise when necessary – one of the many attributes that distinguish him from his competitor. 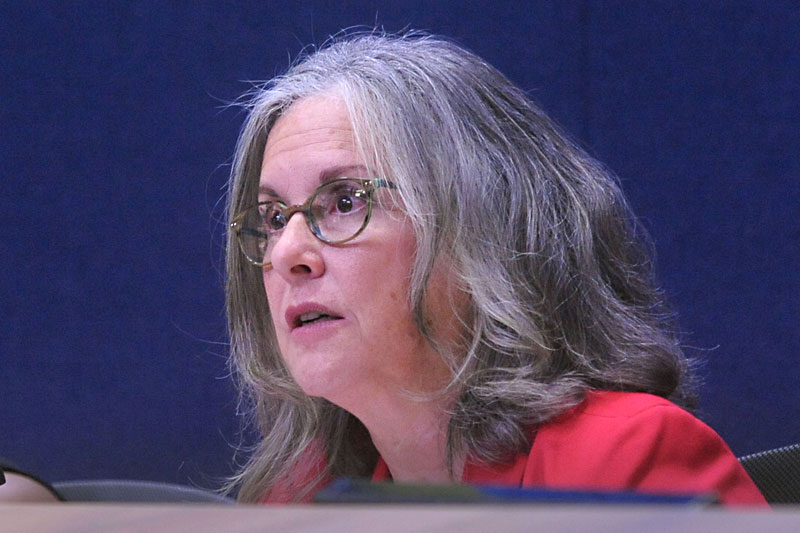 In a contentious race, experience is the deciding factor. Incumbent Leslie Pool has worked on city boards and commissions since the Eighties. More recently, she founded neighborhood watchdog group the Bull Creek Road Coalition, which has relentlessly followed the Grove at Shoal Creek PUD saga. Pool stepped down from the BCRC after she was elected to Council in 2014, but maintained a keen interest in the project and keeping it to a reasonable scale. In the D7 race two years ago, the Chronicle endorsed both Pool and opponent Jeb Boyt, noting their competing, compelling credentials. This year, the experience gap is far wider. Challenger Natalie Gauldin began her political career less than two years ago when she founded the Friends of the Grove Facebook forum, which has supported developer plans to a fault by ignoring many of the serious traffic and environmental implications. While we admire Gauldin's ambition, the former elementary school teacher (who currently works in technical writing) did not sufficiently convince us that she is ready to tackle the myriad issues this city faces beyond the Grove. And though we'd like to see Pool improve her record in the northern half of her district, she remains the clear choice for the job. 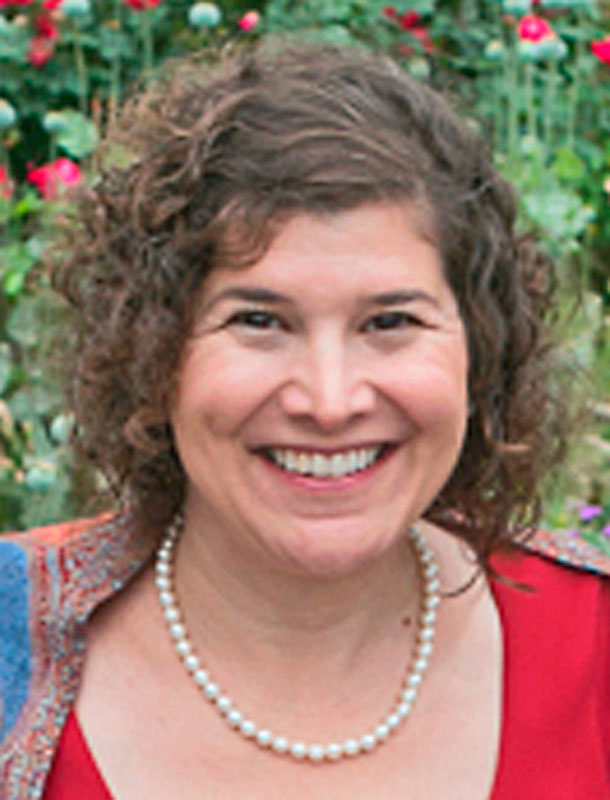 We find the race between incumbent Sheri Gallo and parks advocate Alison Alter more a question of emphasis than anything else. Gallo, a real estate broker, distinguished herself as the most pragmatic of the conservative trio elected to Council in 2014 and deserves credit for that. Alter, a philanthropic advisor with a Ph.D., offers the more progressive background and a number of endorsements from Democratic clubs. While we agree with Gallo that her two years of experience would benefit a second term, there is no doubt that Alter would be the more progressive voice on environmental issues. Her time on the Parks and Recreation Board (from which she was released, by Gallo, after announcing her bid for Council) and earlier work on the Ramsey Park renovation plan both show that. It's also worth noting that both candidates support the 20% homestead exemption that hamstrung Council's FY 2017 budget proceedings. That's certain to please the homeowners in District 10, but we saw this summer how challenging it was for Gallo and her colleagues to crunch numbers, and Alter didn't say anything to persuade us she would've fared much better. The fundamental difference between the two lies in approach to the city's explosive growth. Alter's bulldog efforts to hold developers accountable will best serve her district.