“My real hope with the Intimate Partner Sexual Assault Prosecution Unit is to prove how effective [a specialized unit] is.” – Dana Nelson

Trying rape cases in court is exceptionally difficult, and requires both prosecutors and criminal defense attorneys to possess a particularized skill set. The D.A.'s office does have a Family Justice Unit, but sexual assault, stalking, and aggravated assault cases currently go through the district's eight local courts, which see all other cases. Like "general practitioners" – as Assistant District Attorney Dana Nelson refers to them – these courts are not trained in the legal and factual complexities of rape cases. "You have to know what you're doing as a lawyer," says Nelson. "It's a really specialized knowledge. My real hope with the Intimate Partner Sexual Assault Prosecution Unit is to prove how effective [a specialized unit] is."

The grant will be used to hire a specialized prosecutor and senior office specialist on a three-year contract. Nelson says 80% of family violence victims will ask to have their case pulled due to extenuating life circumstances. However, with the proper legal tools, she says lawyers can still hold the perpetrator accountable without the victim participating in those cases. Sexual assault cases, on the other hand, are much more difficult to try without the victim's participation. In many circumstances for a case to be "legally sufficient" the survivor must testify that they did not consent. Advocates also advise against taking a case to trial if the victim wishes to drop it.

The creation of this specialized unit began in 2014 and originally helped fund SafePlace's victim witness counselor, hospital advocates, and Austin's Sexual Assault Response and Resource Team (SARRT). Nelson's team, along with SARRT and the Austin/Travis County Family Violence Task Force, believe that having a specialized unit within the D.A.'s office will further keep survivors of intimate partner sexual assault from slipping through the cracks.

"This is a multifaceted approach to working with [rape] survivors," says Maricarmen Garza, Victim Rights Group coordinator with Texas RioGrande Legal Aid. That organization, working with the SAFE Alliance and Travis County Justice Planning Department, have been named community partners within the grant. While TRLA will not receive any funds directly, it has volunteered civil legal services for survivors of "intimate partner" rape, defined (by the grant) as sexual assault committed by a romantic partner or acquaintance "against adult victims, as well as other offenses occurring contemporaneously such as assault, strangulation, stalking, violation of a protective order, and/or burglary."

"Criminal justice cases take a long time," explains Garza. "It can be really difficult for survivors to focus on the case when they're getting kicked out of their house or going through a divorce. We're able to help them navigate the system so that they're more able to hold their perpetrators accountable."

When it comes to supporting victims of sexual assault, Austin is, in many ways, a role model to other cities. The Austin Police Department, SafePlace, SARRT, TRLA, Nelson's office, and many other organizations work together with open lines of communication. "We're ahead in some ways," says Nelson. "The way this unit was conceived keeps with our very collaborative approach, which we are justifiably proud of." Yet Austin also lacks in certain respects. Half of Nelson's job entails conducting sexual assault intake for all adult survivors. Denver's District Attorney's Office, which prosecutes cases for a district containing roughly the same population as found here in Travis County, employs six people to tackle intake. "Other cities have had specialized units for a really long time," says Nelson, pointing to sexual assault intake divisions in El Paso, Dallas, and Houston. "In that respect we're behind."

With funds becoming available, Nelson's office has already started the process of filling both positions. But with Election Day nearing, she admits things are a little uncertain. The outcome of the upcoming presidential election could determine whether or not this money continues streaming in. (Guess which candidate is most likely to cut funding.) "We could do some really neat things with resources," says Nelson. "This was the reason for trying to get money from the federal government: to demonstrate that these cases really benefit from specialized prosecutors." 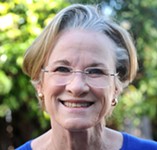 Travis County D.A. Moore Pushes Back Against Firefighters' Claims
Says the job of her office is to "see that justice is done" for victims and the accused