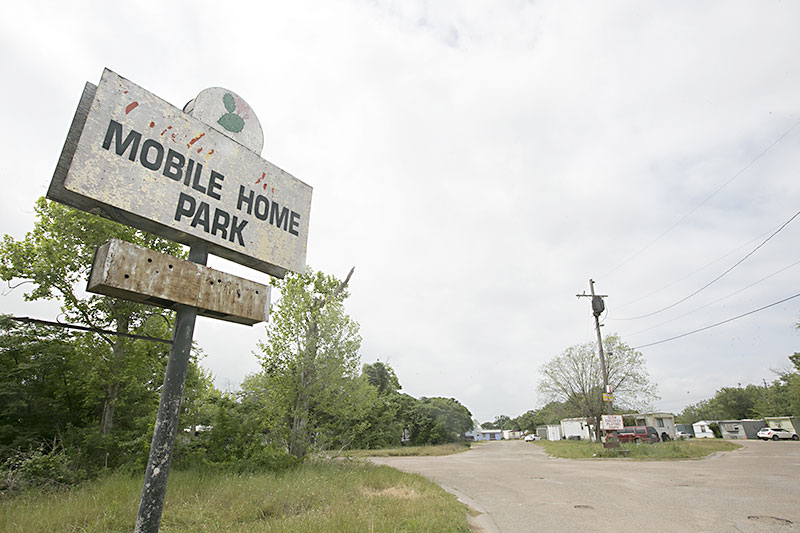 The Lenox Oaks rezoning application will likely be approved on first reading at this week's City Council meeting, a decision that has been repeatedly postponed since owners 500 Bastrop Highway Ltd. filed last year. City Council Member Pio Renteria, with support from the Montopolis Neighborhood Contact Team, has worked to draw out the process in an effort to buy more time to figure out a better relocation plan for the residents of the Cactus Rose Mobile Home Park that currently sits on the site.

"I plan on voting for the zoning and land use change, but only on first reading," Renteria told the Chronicle. "I've met with the residents and have heard them loud and clear. They want this to pass on first reading since, like the previous postponements, it will provide them and the developers more time to discuss and negotiate a fair agreement. We've actively looked into several options and have stayed in contact with the residents throughout this tough process. Currently, they feel that more time is needed to find a just solution and we'll make sure they get it."

Developer Oden Hughes, which has a contract to build a luxury apartment complex and retail on the property if and when the rezoning is approved, offered residents a relocation package in the spring, with stipends ranging from $1,500 to $5,000 depending on the resident's living situation. Susana Almanza and the Cactus Rose Community Association announced a counterproposal shortly after that recommended Oden Hughes square off a portion of the property for a new mobile home park, or that the developers foot the bill for a new mobile home park on the city-owned Levander Loop property. Oden Hughes spokesperson Mac McElwrath dismissed the options as "unfeasible."

Unexpectedly, a third party has entered the negotiations and proposed a third alternative. Austin landowners Jose and Cynthia Gon­zal­es, after reading local coverage of the Cactus Rose case, were moved to propose a rezoning of their tract on Decker Lane and Lindell Lane in District 1 to be used for a new mobile home park. "As humanitarians, we felt obligated to help," said Cynthia Gon­zales. "If we are going to say that Austin is affordable, then as individuals we need to back that up." According to Gonzales, they have received positive feedback from city staff and Cactus Rose residents. After deliberating for a week, the residents unanimously approved the Gonzales' proposal on Sept. 4.

This week's council meeting will also decide when to set a public hearing on the Gonzales' rezoning proposal, with recommended dates of Nov. 3 or Nov. 10. Accord­ing to their proposal, if their rezoning is approved, the Lenox Oaks developers at that time would be asked to provide $10,000 per unit in relocation assistance, and the city would front the costs of land development, infrastructure, and new mobile homes. It is estimated the development would take over three years, and Cactus Rose residents would have to find temporary housing solutions in the interim. Paulino Soto, a real estate broker consulting the Gonzales family, admits that difficulties lie ahead. "There are a lot of unknowns," he said. "It's hard to come up with a complete proposal when we don't know how many people will be moving."

Some Cactus Rose residents have already decided to leave. Nine families have moved out, and four are planning to do so in the next 30 days. Steve Portnoy, an agent for the owners, said that all families received some relocation assistance in varying degrees, and about half sold their old mobile homes to the owners. "In one case, the owners bought one tenant's old mobile home for $3,500, which they used as a down payment for a new mobile home," he said.

Despite losing some members of their community, the remaining residents still have hope, according to Community Association President Saúl Madero. He said the Cactus Rose community plans on attending the council meeting this Thursday to advocate for the new plan. "We will go to ask for help," he said. "We need help." 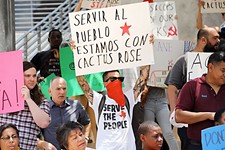