County Commissioner: A Question of Viability 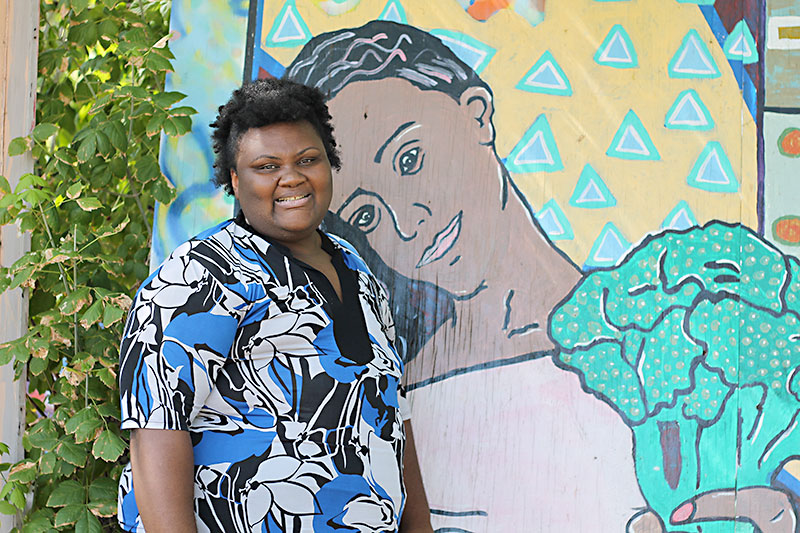 The Travis County Commissioners Court Precinct 1 race is, on the surface, a contest between Democrat Jeff Travillion and Republican Pat McCord. When the Chronicle endorsed Travillion in the Democratic primary in May, we noted his long career as a civil servant, extensive advocacy work for Texas' chapter of the NAACP, and commitment to education. Travis County Green Party Co-chair Ashely "Flashe" Gordon hopes she can disturb that narrative. Losing out on endorsements is hardly something new to the party, and it isn't even the biggest obstacle to their candidates winning races. More than half the battle is making sure people even know who she is and that she's challenging Travillion for the seat. "There's a really big issue with us being blacked out by the media," she said. "People assume that because the media is not highlighting you that either you're not viable in some kind of way or they shouldn't take you seriously. Or you don't exist."

Gordon's co-chair, Katija "Kat" Gruene, is no stranger to these dynamics, having made unsuccessful bids for the San Antonio City Council and Bexar County Commissioners Court in the past. She said the media and state government make it difficult for the Green Party because when those two entities ignore its candidates they have a hard time convincing voters they can win. "Most of my work for the last 16 years has been supported by my paycheck," said Gruene. "Whatever I have that's expendable funds. We buy paper, print as many flyers as we can, and when we run out we try to collect donations and raise money to buy more. It's like a DIY thing, really, because you kind of have to be."

Gordon has only been in politics for a year, but she said that shouldn't be a strike against her when it comes to the Precinct 1 race. Gordon said she has an advantage over her opponents because she's "of the community" and has actually had to use county services (for instance, when she was diagnosed with breast cancer two years ago), a situation she said her opponents -- and the current regime overall -- don't understand. "It's just not valued, and it's because the people who are in power don't ever have to use those services," Gordon said. "They don't know what it's like. Being part of the community, I'm going to talk to people who are involved, that work for the services."

Gordon said her first priority if elected will be to order an independent audit of the budget to look for underperforming contracts. She also said she would support Austin-Travis County EMS Association efforts to set up community clinics in underserved neighborhoods. Both of those agenda items, she said, hinge on the media taking notice and telling voters.

"It's that whole viability equals money, as opposed to viability means 'Is this person competent and can they do the job if they're elected?' That's never taken into consideration," said Gruene.