Council: Don't Say I Told You So 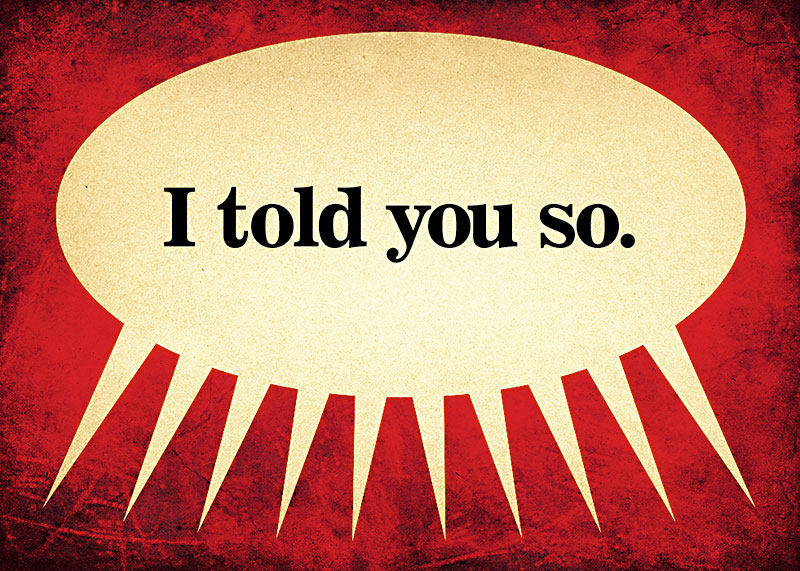 Mayor Pro Tem Kathie Tovo didn't even have to say "I told you so." Instead, it was District 2 City Council Member Delia Garza who, after a short Friday budget work session, relayed the message, along with a list of her priorities (EMS staffing, the APD forensic lab, among others). "I need to reemphasize that a big reason we're facing these hard questions around keeping our promises is because of this year's 2% increase in the homestead exemption. The increase carved $3.8 million from this year's City budget, without making a meaningful change to affordability."

In response to a Tuesday afternoon spending tirade from CM Don Zimmerman, City Manager Marc Ott drove the point home again: "With respect to this budget, this current fiscal year, we're involved in a lot of, as you all know, spending. We dealt with property tax exemptions ... we amended the budget mid-year. We did a lot of things that took away the kind of surpluses that the city of Austin had been accustomed to, coming out of the recession. We're feeling that pressure. You are feeling that pressure now."

That pressure was intense during three packed budget reading days this week. On Tuesday, council members carved out $1.3 million in cuts resulting from their discussions with affected department heads, including nearly $300,000 from Develop­ment Services.

The council also spent time haggling over $10-13 million in Concept Menu budget amendments. Though Zimmerman could be counted to scoff at a lot of the proposals for extra spending, most of them (like refurbishing the asbestos-ridden Oak Quarry Library) were worthy causes. It just became clearer, the further on they worked, that not all of their priorities were going to be fully funded. They did manage to secure one-time expenditures for the Housing Trust Fund, AISD parent support specialists, and the Tenant Relocation Assistance Program.

A couple of the bigger ticket items include the funding of eight positions in APD's new DNA lab, which is due to reopen in February. Austin Police Department Chief Art Acevedo told Council on Monday that the department could use existing funds and grant money to eliminate its rape kit backlog (see "The Cost of Clearing the Rape Kit Backlog"). It was eventually pointed out that the backlog would just start over again if the members couldn't find funds to adequately staff the facility. CM Greg Casar shepherded that piece through the process – funds for the seven DNA analysts (plus one supervisor) needed to keep operations running smoothly.

A great bulk of the day on Wednesday was spent discussing Tovo's park lighting proposal and whether or not that would be an Austin Energy expense or taken from the Parks budget. Later in the afternoon, staff alerted Council to an additional $300,000 in encroachment revenue. Council approved a Garza motion moving those funds to the city's three Quality of Life initiatives, and earmarking $300,000 for the Supplemental Nutrition Assistance Pro­gram (SNAP). Everyone voted "aye" except for Zimmerman.

By Wednesday, the conservative wing was predictably frustrated by the proceedings. Just before they began voting on the actual budget – which they'd been trying to do since Monday – CM Sheri Gallo explained why she would vote no (not enough of her priorities were addressed and it's generally too expensive), and then gave a similar speech on behalf of CM Ellen Troxclair, who is out with her new baby. Zimmerman, who loudly let his displeasure be felt all through the proceedings, hardly had to say anything at that point – but also voted no. The budget passed with all voting yes except for Gallo and Zimmerman (Troxclair would've voted no, but was not present).

Adler expressed his pride in adopting at least some of the priorities they started with. "I think this budget is a really strong balance of [tackling the] affordability issue and providing for Quality of Life initiatives in the city," he said.