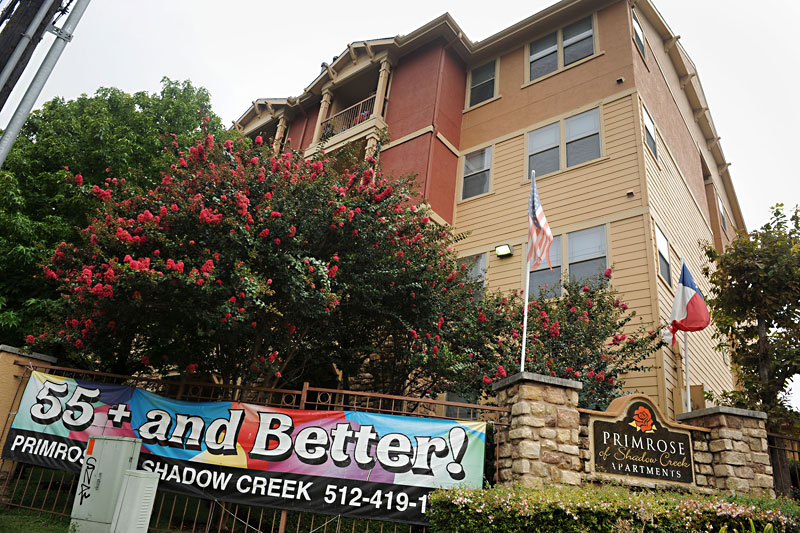 After a mid-August rainstorm, tenants living in Building 2 of Primrose of Shadow Creek found their elevator out of service. The complex, advertised as a "senior living apartment community," houses many residents who use wheelchairs or walkers. Some have medical conditions that require them to leave for routine check-ups or treatment.

One resident of Building 2, who wished to remain anonymous, needed to go to dialysis treatment that Monday but was trapped on the fourth floor. After repeated attempts to elicit attention from management, a group of neighbors were forced to call 311 to seek outside help. After a couple more calls, the residents claim, an ambulance arrived and EMS personnel carried the woman down the flights of stairs on a stretcher.

While these tenants claim the elevator was unavailable for 24 hours, assistant property manager Gen Jones said that it could not have been out of service for more than three hours. "Besides, the tenants could have used the stairs," she said.

According to some Primrose residents, this recent controversy is only the latest in a series of problems with Pinnacle Equities, the managers of the property who are affiliated with Arbor's Housing Partners Lim­ited Partnership which leases the land from the Austin Housing Finance Corp­or­a­tion. One anonymous tenant said Pinnacle consistently fails to promptly address safety and health concerns.

Recently, maintenance and upkeep of the property have been neglected, according to some residents. These tenants report air conditioners not being repaired in a timely manner, mold infestations going untreated, and trash not being collected regularly. Bruce, a resident who has lived in Building 6 for three years, said that a few months ago, management held a contest among residents to see who could have the cleanest building. Bruce's building won the competition and were awarded a pizza. "It wasn't hard to win," he said. "A lot of people here are disabled and can't move around much. I'm diabetic myself."

At press time, Primrose's office had not answered requests for comment.*

David Potter, the neighborhood development program manager at the city's Neigh­borhood Housing and Community Devel­op­ment Office, met with tenants a few years ago after some of them reached out to Mayor Pro Tem Kathie Tovo. "It's my understanding that there hadn't been a tenant/management meeting in years," he said.

While Potter is understanding of the tenants' concerns, he said that their expectations exceed the capabilities of the property. "The rents are too low for the owners to produce the kind of amenities [the tenants] want to see," he said. However, Potter said that the city always takes safety concerns seriously. As one tenant put it: "Elevators are not a luxury."

Primrose was originally owned by South­west Housing, a Dallas-based development company specializing in senior and low-income housing, which participated in Texas state housing programs. In 2005, an FBI investigation was launched into the company based on a lawsuit filed by a former employee alleging that owners Brian and Cheryl Potashnik had engaged in forgery. The probe uncovered a bribery and extortion scheme implicating the Southwest owners as well as former Dallas Mayor Pro Tem Don Hill, among others.

The current owners came into possession of Primrose after the Texas Department of Housing and Community Affairs approved the transfer of former Southwest Housing-owned properties in the wake of the scandal. According to documentation from a DHCA 2008 board meeting, the board acknowledged that Pinnacle, which at the time was under the name of Cascade Affordable Housing, had been found in material non-compliance for one of its Texas properties, a Houston project called the Dominion. The document reads that "compliance issues include[d] major violations of health, safety, and building codes." It goes on to state that all the issues related to the Dominion had since been corrected and that staff recommended the board approve the transfer of properties to Cascade. Potter said that Pin­nacle has passed all of its state inspections at Primrose, which occur every other year.

In an email to the Chronicle, Austin Ten­ants' Council Director Juliana Gonzales said that the mobility and health issues seniors face on a daily basis make them more vulnerable as tenants. "Often, they are more impacted by discrimination or negligence in housing," she said.

Larry Walker, a resident who has lived on the property since before Pinnacle owned it, said that he has witnessed a gradual decline in the quality of management. "We all see City Council bragging about new affordable housing projects they're making," he said, "but they're letting the ones that already exist fall apart."

Primrose is located in Council Member Ora Houston's District 1, and her office is conducting its own investigation into what happened Aug. 15. "Low-income seniors typically don't have access to the resources that could make them less vulnerable," Houston said in an email to the Chronicle.

Potter said that NHCD is also looking into the case. Seniors are one of the five demographics that the city prioritizes in terms of affordable housing, along with the chronically homeless, veterans, foster children, and people with disabilities.

Unfortunately, the experience of living at Primrose has left some tenants wondering if the city cares about senior citizens. Leona, a tenant of three years, asked in light of her living situation, "So once you turn 55, does that mean that you just hop on the big ski and go down?"

*After press time, Primrose sent the following response via email: "The Business Office was notified by a resident the elevator at Primrose of Shadow Creek was not operational at 1:30 p.m. on August 15. It was repaired before 11 a.m. on August 16. We take all maintenance issues seriously, and strive to complete emergency work orders within 24 hours."

A version of this article appeared in print on September 9, 2016 with the headline: Out of Service 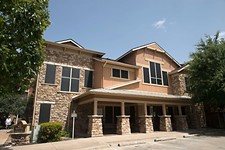