ACC Board Place 9 Race: Not a Snoozefest 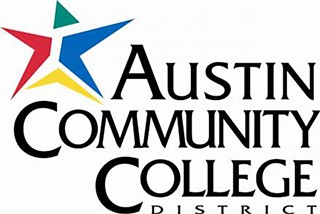 Two months ago, Austin Community College Trustee Guadalupe "Lupe" Sosa was leaving her Place 6 seat and not running for re-election. Two months later, she's back on the ballot, running for the ACC board again.

So how is she running again without facing the candidate regarded as her hand-picked successor? By filing for a different seat on the same body.

Unlike Austin City Council (which has single-member districts), or AISD (with a hybrid system of seven single-member districts and two at-large), all nine ACC trustees hold at-large positions. This year, there were supposed to be three seats up for grabs: places 4, 5, and 6. On June 8, Las Comadres Para Las Amer­icas founder Nora de Hoyos Comstock announced that she was running for Place 6, and that Sosa was stepping down. This was the first public confirmation that the incumbent would not be running for a second term. When filing for the race closed on Aug. 23, Sosa was off the ballot, seemingly confirming her exit from elected office.

But that was Place 6. Place 9 was a different matter. That seat wasn't scheduled for an election until 2018, but 22-year incumbent Allen Kaplan decided to step down with two years left on his term. Due to the timing of when the board formally accepted his departure, while there was still time to add the race to the Nov. 8 ballot, the filing deadline had to be extended to Aug. 25.

On that final day, Place 9 seemed set for a two-horse race between Bernie Sanders organizer and former ACC student and employee Julie Ann Nitsch, and former Cedar Park Mayor Pro Tem Mitch Fuller. Then that morning Sosa emailed her fellow board members and informed them that she would be filing to replace Kaplan. Because there are no district boundaries, the seat number is basically irrelevant, so she could switch from 6 to 9 with no issues. However, she wrote that "this was not an easy decision for me, and I trust that everything will work for the greatest and highest good."

Then the race got even more politically convoluted when a fourth name entered the race: Jeremy Story, president of evangelical advocacy group Campus Renewal, and a board member on the Executive Committee of America's National Prayer Committee.

So Place 9 went from not being on the ballot this year, to a loaded ballot containing a seat-switching incumbent, a progressive activist, an established Williamson County official, and a crusader for religion on campus. Four widely varying candidates, all with very different geographic bases, and all with very different political narratives. As one campaign professional described it, this could be the first ACC election in memory that's not a snoozefest.