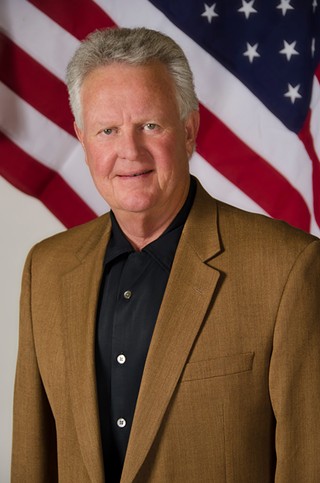 The most strongly contested Travis County campaign is likely to be the race for Precinct 3 Commis­sioner, where Republican incumbent Gerald Daugherty is being challenged by Democrat David Holmes, a mediator and crisis communications consultant who has also worked in the Legislature. Precinct 3 has shifted back and forth between Democrats and Republicans in recent elections – Daugh­erty, first elected in 2002, lost in 2008 to Democrat Karen Huber, but was reelected to his Commissioners Court seat in 2012. Holmes says he's hoping that the national 2008 circumstances – when Barack Obama was first on the ballot – can repeat themselves this year, and lend him an advantage in Democratic turnout. (Daugherty defeated Jason Nassour in the GOP primary; Holmes was unopposed on the Democratic ballot.)

Daugherty is best known for his strong support for highway construction, and his campaign cites as a major priority the completion of embattled State Highway 45. He cites as well a half-dozen other major highway projects, and argues that traffic and transportation remain the foremost priority of Southwest Travis County voters. "Transporta­tion and mobility are the No. 1 issue, not only in the county, but everywhere you go in town," Daugherty told the Chronicle. "No. 2 is now affordability – there used to be a big gap between the two, but the gap has narrowed."

Daugherty says that while highways are indeed expensive, in his experience, "The majority will give you voter-approved money [through bond propositions] to spend on that." But on budgetary matters, the Com­mis­sioner says, "The priority is to produce as effective a county government as you can with as small a tax burden you can come up with. I think we've done a pretty damn good job with that." Even with a 4-1 Democratic majority on the Court, he said, the county has succeeded in keeping the property tax rate "pretty close to the effective rate" (raising roughly the same amount of money as the previous year). "On the whole," Daugherty concluded, "I'm pretty damned pleased with county government."

Holmes agrees that southwest residents need traffic solutions, and concedes that SH-45 is going to be built, and that "we also need to get moving on South MoPac." But he insists that there should be no future connection of SH-45 to I-35 to create a loop road, and that South MoPac should be designed with managed lanes that will allow the addition of mass transit. "Gerald sneers at bike lanes," said Holmes, "but we need to plan for all alternative forms of transportation. In Lakeway, they even have golf cart lanes – because the demand was there and planners accommodated different needs."

Holmes also emphasizes resource conservation, especially of water, and says that a groundwater district currently under consideration "needs to cover all the significant areas, or it will be nonfunctional. We can't let what happened in Hays County – where a corporation came in and just started taking the water – happen here."

The candidates agree that the race will be close. "If you're an 'R' in Travis County," said Daugherty, "you've always got a hard race." Holmes is counting on the presidential race to increase Demo­cratic turnout, while hoping the Republican at the top of the ballot – Donald Trump – will "cut down the straight-ticket GOP vote." Daugherty responded: "Trump obviously causes a lot of consternation in the GOP, but Hillary scares every Republican into submission." – Michael King 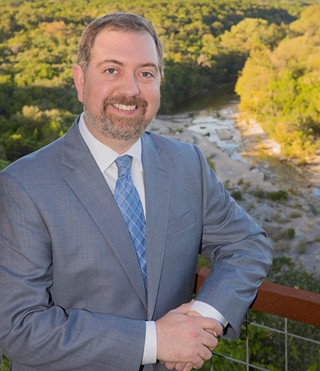 To a degree, the November opponents represent traditional positions of their respective parties. "My approach is to consider how government can solve problems," Travillion told the Chronicle. He pointed both to his own experience in government and historically to President Johnson's "Great Society" programs, calling them "significant and important – they changed society in a positive way." McCord speaks more of controlling the costs of government, arguing that in recent years, Commissioners Court has paid too much attention to "social issues" like "sanctuary cities" instead of emphasizing the "core values" of government, which he says are "responsible use of the taxpayers' dollars" and building and maintaining county infrastructure. "The taxpayers' investment in property," McCord emphasized, "needs to get the attention it deserves."

Travillion says he's been regularly meeting with community groups to gather public input, and has continued to emphasize the issues he promoted in the primary campaign: transportation, access to health care, job development, and education. "Transportation is a common denominator that cuts across everything," he said, adding that he wants to push for more mass transit options for east and northeast residents, in addition to other mobility infrastructure. He praised the City Council's proposed Mobility Bond, saying, "There seems to be more equity in this bond issue than we have seen in prior years. There are more than 10 projects in the traditional East Austin area" – citing the MLK/969 corridor, Colony Park, Johnny Morris Road, Jain Lane – "all in all, more than $100 million in projects aimed at traditional East Austin."

Although Precinct 1 is heavily Democratic in voting patterns, Travillion says he is taking his opponent and campaign seriously, and reaching out across the whole precinct. "We need every part of this community to work together."

McCord is also addressing transportation in his campaign, pointing specifically to the need for more road infrastructure in the rural areas of Precinct 1. "Some of those areas are also in desperate need of fire stations," he said. In addition to his emphasis on local infrastructure, the candidate said he wants to be proactive in engaging in public meetings with constituents, and to focus on "public safety and the quality of life."

McCord cited his experience as a Pfluger­ville City Council member (1999-2005) in serving Travis County. "We built Lake Pfluger­ville as a drinking water reservoir during those years, and we also completed the sewer system. And we initiated big-box development with Walmart and other projects." He realizes running as a Republican in heavily Democratic Precinct 1 is a challenge, but said the demographics of the area have changed in ways that might increase his support ("for example, there's been significant gentrification"). He also believes he can reach out to traditional Democratic voters who may be seeking a change. "It will be a tough battle, but we'll see what the citizens want." – Michael King

District Attorney: Democrat Margaret Moore is a former assistant district attorney who spent time as a county attorney and most recently as an assistant to the attorney general before a brief retirement in 2014; she faces off against Republican Maura Phelan, a former Assistant District Attorney who's spent the past nine years in civil litigation.

Sheriff: Democratic nominee Sally Hernandez left her post as constable for Travis County's third precinct to run for county sheriff. She emerged from a four-person primary and now meets lone Republican candidate Joe Martinez, a former detective with the Travis County Sheriff's Office who retired in 2003 to start CM Investigations Inc., a private investigator firm, with his wife, who's now deceased.