With the prospect of President Bernie Sanders in the rearview mirror, some voters feel like they've been left to decide between a racist demagogue and an institutional hawk. If those descriptions are too harsh for your sensibilities, consider the "record-breaking" lack of favorability among voters toward both Democrat Hillary Clinton and Republican Donald Trump – both more strongly disliked than any presidential candidate in the past decade, according to opinion poll analysis hub FiveThirtyEight. For progressives or even moderate Republicans, the choice may feel a little bleak. While the criticism that third party candidates muck up the chances for Dems and Republicans should be considered (we're looking at you, Ralph Nader and Ross Perot), it's your civic responsibility to at least be aware of the options this November:

Jill Stein, Green Party: The Harvard-educated physician and political activist led the Green Party in 2012, netting 469,501 votes, or 0.4%. She's running again this cycle with a "Power to the People" plan that reads like a utopian wish list written by hard-left progressives. Stein hopes to fix the "broken political system" with deep institutional change that includes ending the exploitation of corporate capitalism. Her banner platform, "A Green New Deal," calls for creating millions of jobs by moving to 100% clean renewable energy by 2030. Other lofty but noble goals include Medicare for all, living wage jobs, tuition-free education, an end to poverty, and cutting military spending by 50%. Stein invited international human-rights activist Ajamu Baraka to be her VP.

Gary Johnson, Libertarian Party: The former New Mexico governor was the Libertarians' pick in 2012, winning 1.27 million votes, or 0.99% of the total. His fiscally conservative platform calls for reforming the federal tax code, balancing the budget (with the help of slashing Medicare, Medicaid, and Social Security) and, when it comes to foreign wars, taking a noninterventionist approach that includes a vow to cut military spending. He supports legalized marijuana, marriage equality, and civil liberties, opposing the Patriot Act and government spying on communications. He picked another former governor, Massachusetts' Bill Weld, as his running mate. 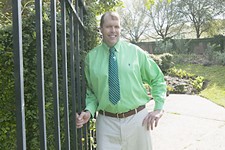 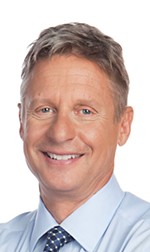