Why is the TDCJ so reluctant to test death drugs? 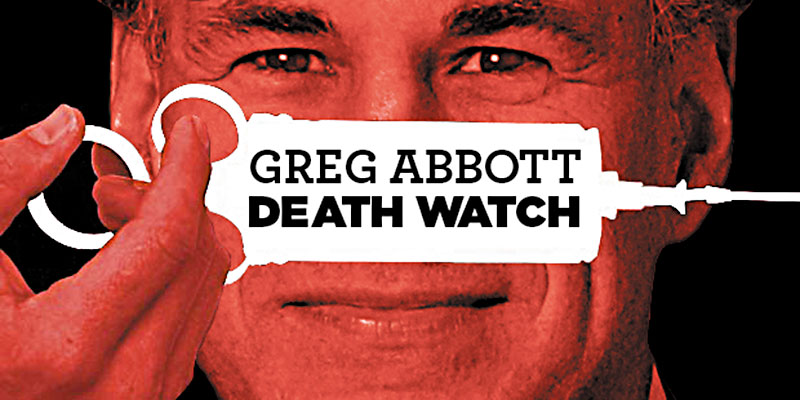 Friday's news that the Texas Court of Criminal Appeals stayed Jeffery Wood's execution – remanding the case back to Wood's Kerr County trial court so a judge can reconsider the testimony of Dr. James Grig­son, the since-deceased forensic psychiatrist nicknamed "Dr. Death" because of his recurring state testimonies in capital cases – means the Texas' Department of Criminal Justice has seen each of the state's last 10 scheduled executions be stayed or delayed. (The state hasn't executed anyone since Pab­lo Vasquez on April 6.) Wood's stay, officially issued with respect to Grigson's testimony, was hopefully spurred in part by questions over the ethics of executing an individual who did not actually kill anyone (see "Death Watch: Executing Texas' Law of Parties," Aug. 12). It comes one week after the state temporarily spared the life of fellow inmate Robert Pru­ett, who also went to prison as an accomplice to a murder, and later went to death row for the murder of a prison guard in Beeville – though evidence is mounting that he may not be responsible for that killing, either.

Meanwhile, the state turns its attention to Rolando Ruiz, scheduled for execution Aug. 31. Ruiz, 44, was sent to death row for the 1992 murder-for-hire of Theresa Rodriguez. After agreeing to a $2,000 payment from Rodriguez's husband, Michael, and her brother-in-law, Mark, Ruiz shot Rodriguez in the head in her San Antonio garage; the brothers were trying to collect on a couple of hefty life insurance policies. Mark received a life sentence for capital murder. Michael – a member of the Texas 7, who broke out of the state's John B. Connally Unit on Dec. 13, 2000 and went on a crime spree – was sentenced to death and executed Aug. 14, 2008. Two other men involved with the arranged killing were also sentenced to life for the crime.

Ruiz's chances for mitigation during the sentencing portion of his trial got muddied by the role he reportedly played during an uprising at the Bexar County Jail shortly after his arrest. Ruiz was convicted of aggravated assault on a peace officer, and attorneys say he lost the opportunity to present himself as a non-threat in the future. His habeas appeals were guided by what his trial attorneys failed to produce during that portion, specifically a psychologist's report detailing the "significant reduced mental capacity" Ruiz possessed at the time of Rodriguez's murder as a result of the drugs and alcohol he consumed to cope with an abusive upbringing.

On Aug. 12, with Wood and three of the four other inmates currently scheduled for death dates, Ruiz filed a complaint in Judge Lynn Hughes' federal district court that challenges the testing methods TDCJ employs for its doses of compounded pentobarbital, the highly secretive drug TDCJ uses to carry out its killings. The inmates' argument is rooted in the courtesy extended in Whitaker et al v. Livingston, a case from 2013. The case initially proved unsuccessful, but played a major role in fellow plaintiff Perry Williams' execution date getting withdrawn this summer (see "Death Watch: A First Time for Everything," July 15). In 2015, the Attorney General's Office agreed to retest Williams and Thomas Whitaker's doses shortly before their executions. Williams received his execution warrant in Jan. 2016. In early July, the state said that it did not have time to test Williams' pentobarbital dose in the six months following issuance of the warrant.

Attorneys for the five inmates argued that the precedent set by Whitaker and Williams means that their clients have a constitutional right to the same testing, a charge Hughes disagreed with late last week. Hughes' decision was sent to the 5th Circuit Court of Appeals on Aug. 19, where some kind of action will need to be taken before Ruiz's execution date comes up.

"All we ask for is for the state to retest the drug before the executions," said Michael Biles, one of the three attorneys working the case. "It's a one-day test to make sure the drug still has the same potency and is not contaminated. No stay of executions, just a retest. The state refused. The court refused to grant us that release. We had a very small ask, and it's frustrating that we weren't successful [in federal court]."