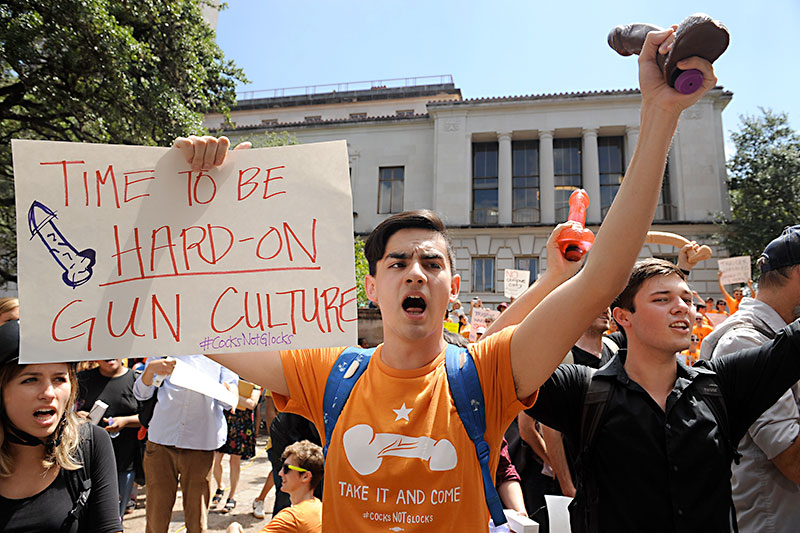 No regular City Council meeting until Sept. 1, but they do meet today, Aug. 25 – convening at 3pm – primarily to hold a 4pm public hearing on the proposed new Austin Energy rates, but preceded by a briefing on the search of a new city manager and possibly more discussion of Council's proposed budget amendments.

Last week, Council did pass the final version of the November bond proposition, aka Mobility Bond, and you can expect the campaign robocalls to begin. The $720 million bond package includes $482 million for major city corridors, $101 million regional highway projects, and $137 million for local/neighborhood mobility projects, including sidewalks and urban trails. (See "What Would $720 Million for Transportation Buy?," Aug. 5.)

U.S. District Judge Lee Yeakel declined to issue a preliminary injunction in the case of the three UT professors who've filed suit against Attor­ney General Ken Paxton over newly implemented standards for campus carry. In an order issued Aug. 22, Yeakel concluded the professors "failed to establish a substantial likelihood of ultimate success on the merits of their assorted claims."

The next Frank Erwin Center will be basket­ball only, UT President Greg Fenves told the Austin American-Statesman this week. Fenves' decision could leave Austin without a large indoor arena.

Lyft canceled its meeting with City Council this week, a week after rideshare rivals Uber met with council members. The two firms quit Austin after losing the Prop. 1 vote over rideshare regulations in May, but have always seemed likely to return.

STAAR testing company Educational Testing Services was fined $5.7 million by the Texas Education Agency for system failures that lead to lost answers on 14,220 computerized tests. The TEA also asked the company to invest $15 million in fixing the system, bringing the overall fine to more than $20 million.

At the request of the openly anti-LGBTQ Texas AG Ken Paxton and 12 other states, federal Judge Reed O'Connor, in a ruling Sun., Aug. 21, temporarily halted the Obama administration's guidelines that allow transgender schoolchildren to use the restroom facilities that align with their gender identity. The preliminary injunction will remain in place until his Ft. Worth-based court rules on the merits of this claim, or until further direction from the 5th Circuit Court of Appeals.

Paxton filed another federal suit in the same court against the Obama administration on Tue., Aug. 23, seeking to block a regulation meant to protect transgender people against health care discrimination.