Zimmerman and Flannigan gear up for rematch

If you ask District 6 candidate Jimmy Flan­nigan what he thinks of D6 City Council Member Don Zimmerman's year-and-a-half tenure on the City Council dais, he isn't shy. The words "bully" and "blowhard" colorfully crop up in his review, among harsher pejoratives. "Don Zimmerman relies on conspiracy theories, he's spouted racist and homophobic remarks, and considers city staff some evil monster. His leadership style, frankly, is to be an asshole and hope for the best," Flannigan tells the Chronicle, not mincing words.

Flannigan's harsh description comes largely out of frustration with what he sees as several "missed opportunities" to make his Northwest Austin district better. The small-business owner and community organizer lost to Zimmerman by a thin margin (less than 200 votes) in the December 2014 run-off election. Jumping back in the ring, the second-time candidate believes he's at an advantage this go-around: In a sea of nearly 80 candidates vying for a shot at the new 10-1 system – and six in their district alone – it was harder to communicate their stark differences to voters, he says. But now, there's an incumbent with a voting record. 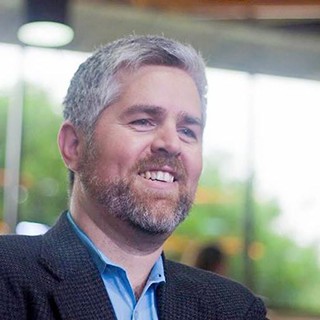 And a record he has. Zimmerman's anti-government and anti-tax mantra has led him to rail against social services spending and affordable housing projects ("unsustainable and unaffordable"), and he campaigned vigorously (and successfully) against a county bond to build a much-needed Downtown civil courthouse. He's proposed completely abolishing the Economic Development department as "subsidizing growth" (a more drastic approach than even his conservative colleagues); denounced Austin Water's capital improvement plan as "illegal"; and voted against an interlocal agreement that would help establish a Downtown sobriety center to partly decriminalize public intoxication and thereby save police resources. Members who voted against increasing homestead exemptions on property taxes were essentially deemed Commies (followers of "Marxism") and he constantly uses the term "subsidy" to mean only government waste. (And lest we forget, there was the time he derailed a City Council meeting by describing a resolution calling for "compassion" as akin to Satan­ism.) Zimmerman, like his Libertar­ian and/or Tea Party brethren on the state and federal level, fails to realize (or accept) the contradictory logic of bashing government spending while enjoying the benefits it yields (i.e., the highways he takes to get to the municipal job he uses to criticize municipal government).

Zimmerman's proclivity to turn to courts to fix problems has continued, as well. His latest lawsuits include suing the city for "misleading" voters with the Proposition 1 ridesharing ballot language, and for its campaign finance limit. And his aggressive demeanor on the dais has been steadily argumentative and oftentimes, downright offensive – never more evident than in his most recent controversy in which he scolded a group of Latino school children, urging them to "do something useful" with their lives and not "live off others." While the remarks elicited demands for apology and censure from fellow council members for their racist undertones, Zimmer­man – staying true to his unapologetic nature – defended the remarks and refused to say he's sorry (see "Zimmerman Does It Again," Aug. 19). It's par for the course in Zimm's world: Last year, he loudly assailed a visiting climate change scientist, and he routinely belittles city staff (whom he pans as "unelected bureaucrats").

Watching Council from the sidelines, Flan­nigan hasn't stood idly by. Through his group, the Northwest Austin Coalition, he helped lobby to get Anderson Mill Road on the city's transportation bond, and has been holding community "afterparties" following Zimmer­man's monthly Town Hall meetings to "debunk the craziness and general nonsense." Traffic is a key priority; he hopes, if elected, to ensure smart land use and transportation planning are conducted simultaneously in a way that supports growth, and also to work with APD to alleviate property crime issues in suburban areas.

So far, Flannigan has raked in endorsements from AFSCME, Austin Central Labor Council, and Congressman Lloyd Doggett, among others, and has raised more campaign funds than his challenger – $47,000 to the incumbent's $36,000, though Zimmer­man does have more cash on hand ($31,000 to Flannigan's $20,000). Above all, Flannigan says, he wants constituents to be proud of their district representative: "I want to usher in an era of leadership that will stop forcing us to be embarrassed and hang our heads in shame when we tell others which district we live in." 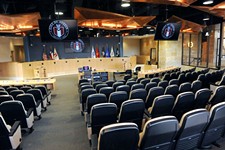 City Council Endors-gasbord
Who’s endorsing who for the five City Council seats up for grabs in November?