(And a few other things got done) 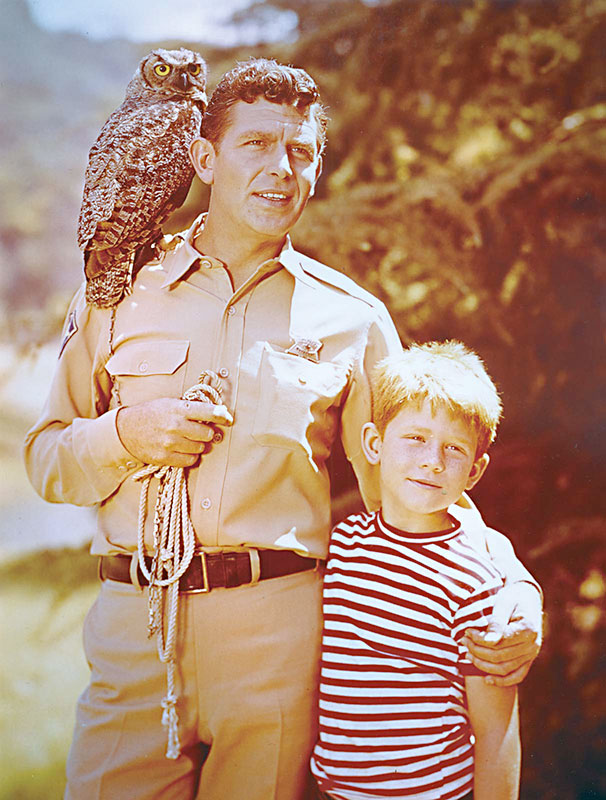 In defense of his condescending remarks at City Council, Don Zimmerman posted to Facebook a clip from The Andy Griffith Show, in which Andy explains to Opie why he's not going to get a raise in his allowance, and that he has to work for it. Zimmerman borrowed the clip from a site called "The American Patriot," mostly devoted to heavily armed militarism and scabrous denunciations of President Obama.

The dust hasn't settled yet from last Thursday's City Council meeting (Aug. 18), and most of the headlines have concerned District 6 Council Member Don Zimmer­man's lecture to schoolchildren and their parents about not "living off others." CM Delia Garza's denunciation during the meeting was followed the next day by her extensive Facebook post, and another one by CM Greg Casar (see "Zimmerman Does It Again," Aug. 19). Over the weekend, four other members (Ora Houston, Ann Kitchen, Leslie Pool, and Kathie Tovo) released an open letter, apologizing to the schoolchildren and community for Zimmerman's remarks as "hurtful and insulting." Finally, Mayor Steve Adler released a statement apologizing for not speaking out immediately, not only about Zimmerman's disrespect to public witnesses but his frequent abuse of staff members, often "impugning the motivation" of city staff. (Earlier in the meeting, Zimmerman had angrily denounced city attorneys for "lobbying" rather than giving objective legal advice.)

The public backlash continues, but meanwhile, Council did complete some other tasks. A few highlights:

• Mobility Bond: Council managed final passage of the $720 million November transportation bond proposition (aka the "Go Big Mobility Bond"), with much consternation over the ballot wording and less than unanimous dais support. Con­serv­ative council members (Zimmer­man and Ellen Troxclair) wanted more explicit restrictions on taxation in the ordinance; Adler countered that they were asking for "misleading" language that could not be accurate for every taxpayer and therefore would create legal liability for the city. Others (Houston, Garza) objected to the "rushed" process and the size of the bond package. And in the end, the vote to approve was 7-1-3, with Houston voting no, and Garza, Zimmerman, and Troxclair abstaining.

• Budget Hearings: It was during these grouped public hearings on the budget that Zimmerman made his now notorious remarks – to boos from the audience – although they didn't draw an immediate response from other council members, accustomed to ignoring his outbursts. His comments were in response to schoolchildren, their parents, and teachers asking for Council's continuing support of afterschool programs in Austin ISD. The budget hearings began about 7:30pm, with several interruptions for other business (and briefly, a fire alarm), and concluded just before 12:30am. Another public hearing on the budget is scheduled for Council's next meeting on Sept. 1. This week, Council began revising its own "Concept Menu" (a running list of possible amendments still to be discussed and winnowed in work session), which is updated regularly and available for public review at Austin Finance Online.

• Lasso the Lobby: Tightening regulation of lobbyists and adjusting the Fair Cam­paign Finance Fund (maybe a few more Council candidates will actually use it) has been simmering for some time. Considering the lengthy agenda, Council passed it quickly on first reading only, and it will come back around for additional scrutiny and debate.

• Save the Renters: In the same spirit, passed on first reading was a draft "tenant relocation" ordinance intended to cushion the blow when multifamily units go upscale (or are razed for the same purpose) and the evicted tenants are left with little alternative. The public hearing was left open, with the expectation that the proposal will return in September.

• Conventions a'Coming: Council is reluctant to increase the contract payment for tourism and convention promotion to the Austin Convention and Visitors Bureau (from $14 million to $16 million annually, for five years, from the hotel/motel tax) ahead of the overall budget decisions. Some members are hoping to shift some of that funding elsewhere – despite pleas from ACVB staff that they have a five-year planning window and need certainty. Council voted to approve the $14 million and delay the decision on the additional $2 million. (They also created a "Visitor Impact Task Force" to review tourism in general and the current uses of the hotel tax.)

• Fixing the Hilton: After an extensive Tuesday work session grilling of Jim Smith, executive director of Aviation, concerning whether Austin-Bergstrom International Airport should spend $3 million to repair and upgrade the Airport Hilton (we're the landlord, and the lessee/investors are shrugging) – Council apparently decided maintaining the city's asset didn't require another public work-over from the dais. Passed on consent, without further discussion.

• Not Yet Set in Concrete: Staff has been working since March of 2015 to devise a compromise between Downtown residents and the construction industry over nighttime concrete pours on major Downtown projects. They reported that an agreement is closer, but they're still working on "the enforcement piece." Over objections from Zimmerman – who wanted to end negotiations and "hit the reset button and start over" – Council voted to extend the current rules yet again and give negotiations another couple of months.

• Paging Austin Energy: A public hearing was scheduled to discuss revised AE rates, but with myriad stakeholders meeting simultaneously this week to refine or confirm a tentative agreement (among most of the parties), the public hearing was postponed to Thursday, Aug. 25. (Committee of the Whole on Austin Energy heard more information Monday morning.) That hearing is scheduled for a 4pm "time certain" – and since there's no regular Council meeting, it might actually happen then.

Council continues its busy budget season, meeting every day this week except Fri­day. In addition to the AE hearing – where clean energy advocates promise to reiterate the case for more quickly closing the coal-fired Fayette Power Project – they're winnowing the budget decisions Thurs­­day, and getting rolling on appointing an interim city manager and initiating a search for a permanent hire. Next regularly scheduled meeting is Sept. 1.