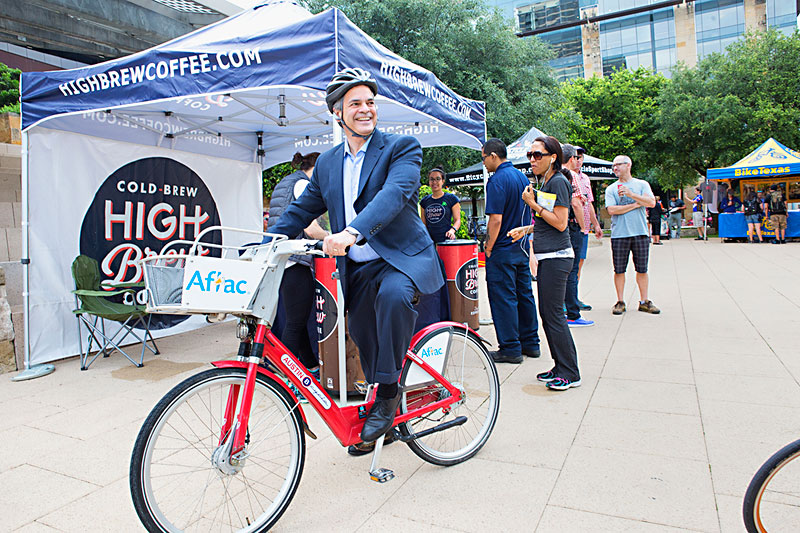 Reporting that City Council has an abundant agenda on its plate today (Aug. 18) is even more redundant than usual. Among the 94 official Items are no less than seven related public hearings (Items 87-93) on the proposed Fiscal Year 2017 budget, all set for a "time-certain" (no earlier than) 4pm. In practice, council watchers can assume that the hearings – to accept testimony on the overall budget, the proposed property tax rate (still uncooked), utility rates, etc., etc. – will effectively be combined to some degree. But if enough folks want to weigh in now, while Council itself is still ruminating the details, a few hours of testimony seems likely. (For the record, last week's 8pm over/under for a much lighter to-do list was hopelessly optimistic – they closed up shop around 11pm.)

The evening also includes an additional public hearing on a tentative "tenant relocation" program (Item 94) for renters displaced from their homes for various reasons, coming back to Council as a potential ordinance following its spring initiation. It has plenty of moving parts, and should it take the stage, it's likely to generate quite a bit of public and dais debate.

Before they ever get to that, also on tap is the third and final reading of the proposed Nov. 8 election ordinance (Item 23). It includes the five council members slated for their first re-election ballot (districts 2, 4, 6, 7, and 10), and the jurisdictional agreements confirming the election process. But the major aspect is of course Mayor Steve Adler's Baby, the "Go Big" Mobility Bond proposition tentatively (and unanimously) approved last week. City legal has been firming up the precise ballot language, and there might be a few minor council member amendments still in the offing, but it would appear the members have reached a consensus – although Items 73 and 74 suggest related amendments might happen first. If they get it done, that might merit a few self-congratulatory and promotional sentiments from the dais, but presumably the heavy council lifting is largely completed – all that's left is to convince the voters.

Other Items of note:

• Items 12-13: The Aviation Department (ABIA), which owns and leases out the Airport Hilton (a standard arrangement under federal law), has been trying to disentangle itself from investor-lessees uninterested in maintaining the property, and needs $3 million to enable repairs. ABIA Executive Director Jim Smith explained the predicament to Council Tuesday, but more questions might be raised today.

• Item 21: Revision of the regs concerning involvement of lobbyists in municipal elections and the Fair Campaign Finance Fund. (Likely candidate for postponement.)

• Item 25: Extension and expansion of the city's contract with the Convention & Visitors Bureau for tourism promotion and related services; $16.4 million for 2016-17 is a substantial hike, and Council Member Delia Garza and others are questioning the necessity in a tight year.

• Items 27-30: All four of these items concern programs administered by the Economic Development Department, which CM Don Zimmerman (without audible allies on the dais) has targeted for elimination, and again attacked Tuesday morning (although he didn't attend the early briefing on Opportunity Austin job programs). He might let be Item 29 (concerning Cultural Arts shows at City Hall), but is likely to pound the table again on ED.

• Item 82: A resolution for the staff to take another whack at the city's density bonus programs, in the hopes of returning with tighter requirements for on-site affordability vs. "fee-in-lieu" payments. (A long-vexed question and another possible candidate for postponement, although this resolution would only initiate the stakeholder process.)

Those represent the highlights, although sentimentally a more engaging one is the musical honoree, hip-hop crooner Ogden Payne. Proclamations? It's Urban Artist Alliance Day (a Tee-Double/Terrany John­son musician support project), and the 26th anniversary of the Americans With Disabilities Act (another reason to build those sidewalks).

A version of this article appeared in print on August 19, 2016 with the headline: Adler's Go Big Baby