Will the state's latest abortion restriction survive a constitutional challenge? 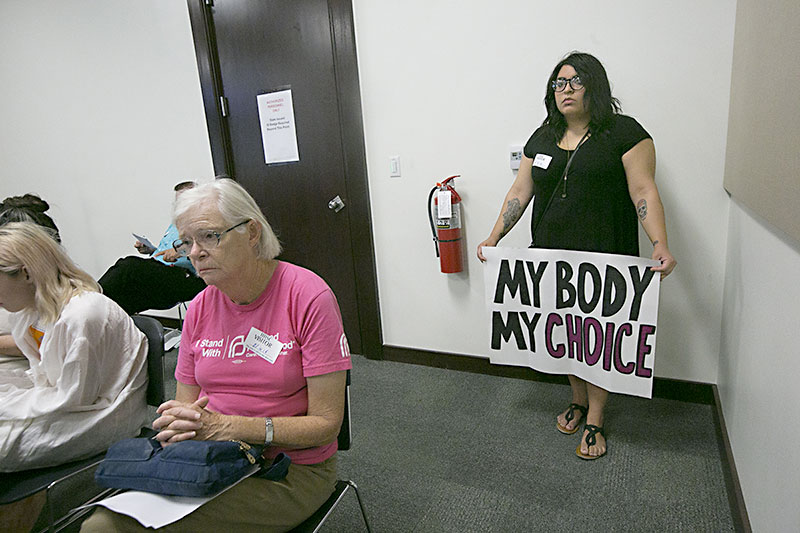 In a packed room at the Department of State Health Services building on West 49th Street last Thursday, around 90 speakers delivered oftentimes emotionally charged testimony about a newly proposed state rule that would require fetal remains from an abortion or miscarriage be buried or cremated, rather than deposited in sanitary sewers and medical-waste landfills.

Anti-choice activists, many of whom shared a tenuous grasp of reproductive health, decried the current process as "inhumane" despite having no evidence to show the current protocol is unsafe or ineffective. For example, one proponent of the rule suggested you can contract HIV/STDs through fetal remains in a sewer drain. Pro-choice activists, on the other hand, took turns slamming the state for adding yet another thinly veiled impediment to women seeking abortion care in Texas. Others shared their personal stories of surviving rape and undergoing abortion or a miscarriage, warning state officials to carefully consider the rule's impact on women (see "Fetal Burial Saga Continues," Aug. 5).

Throughout the nearly five-hour public hearing, several recurring concerns voiced by reproductive health advocates emerged, all pointing in one central direction: The state's latest attempt to restrict abortion access won't survive a constitutional challenge. The rule, advocates stressed, is wholly unnecessary, fails to advance any health or safety benefit, and increases the procedure's cost, which poses an undue burden on abortion access. According to the Funeral Consum­ers Alliance of Texas, burial services can range from a few hundred dollars to $2,000 – a charge that would inevitably pass on to the patient. The rule also singles out fetal tissue by not applying the same regulation to other human remains and creates potentially serious privacy issues, as women may need to contract with a funeral service and possibly file a death certificate for the fetus, which could expose them to the public. And if abortion providers are unable to find a crematorium or cemetery willing to accept embryonic and fetal tissue, they could be forced to close their doors.

For these reasons, the state's new fetal burial regulation is considered the first major test of this summer's historic U.S. Supreme Court ruling that struck down two provisions of Texas' omnibus abortion law, House Bill 2. SCOTUS asserted that states can't pass abortion regulations without facts and evidence to show they will, in fact, promote public health.

"It seems like the agency is trying to send a message of defiance to the U.S. Supreme Court, which we think is really stunning," Trisha Trigilio, staff attorney with the ACLU of Texas, told the Chronicle. "Texas has tried this exact same tactic in the past, but as we've seen, it's not legal for Texas to pass a regulation that does nothing to help public health and, in effect, blocks access to abortion. It's important Texas take the constitutional rights of Texas women seriously this time."

In separate, sharply worded letters addressed to the agency, the ACLU of Texas and the Center for Reproductive Rights – the legal advocacy organization that successfully defeated HB 2 at SCOTUS – warned DSHS that the rule flouts constitutional limits. CRR helped temporarily halt a similar rule in Louisiana, and the ACLU, along with Planned Parenthood, filed suit over the same rule in Indiana, blocked by a federal judge in June.

"These really are sham regulations," CRR's Senior State Legislative Counsel Amanda Allen told the Chronicle. "They really don't have a medical justification even though the state is asserting one." Allen believes the timing of the rule's release – quietly slipped in under the public radar just four days after the SCOTUS ruling ­– was no coincidence. "They've likely been preparing these rules for months, anticipating a loss at the Supreme Court."

DSHS spokesperson Carrie Williams said the department received more than 12,000 written comments and plans to "carefully review and consider" each as its finalizes the rule, most likely before fall. The rule still needs to be approved by the Health and Human Services Commission executive commissioner and posted in the Texas Register; it would then take effect 20 days later.

When asked to respond to allegations of the rule's undue burden on women and its failure to advance public health, DSHS reiterated they have "general authority to amend" their rule language as needed to keep it current.

In the meantime, attorneys and pro-choice advocates hope DSHS scraps the rule before Texas gets ensnarled in another lawsuit with a hefty taxpayer price tag. "This is a real drain on Texas resources and puts Texas taxpayers on the hook. The state spent over a million dollars defending HB 2," said Allen. "We urge DSHS not to spend another million dollars defending another unjustified rule."

In case the state doesn't listen to the ­myriad voices calling on them to halt more draconian abortion rules, CRR said it's "prepared to take further legal action" to ensure Texas women can access abortion, unencumbered. Considering their historic win at SCOTUS, our money's on them.