Council agenda occupied by a handful of pressing subjects 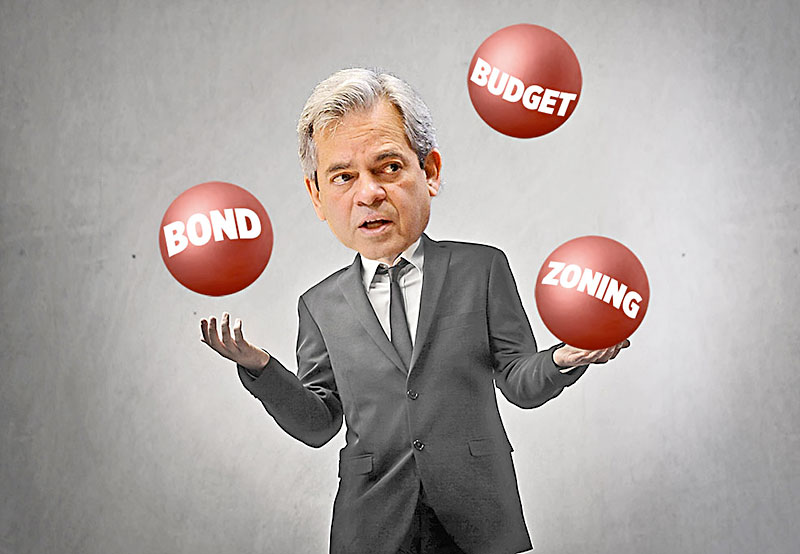 It's been a full week at City Council, with the regular work session Tuesday, a budget work session Wednesday, and today's regular meeting (Aug. 11), which includes 30 zoning cases (Items 38-68) as well as an overflowing plate of other matters. Seventy-three items in all, although much of the day might well be occupied by a handful of pressing subjects. Among the lengthy list, Council will be juggling:

August budget work is nominally confined to Wednesday work sessions, but at the head of today's agenda (Item 2, right after Approval of Minutes) is Council's FY 2017 budget "concept menu." The "menu," initiated by Mayor Steve Adler last year, is a running spreadsheet of potential council member amendments that would increase, cut, or move funding around City Manager Marc Ott's proposed budget, in the hopes of arriving in a few weeks at a balanced consensus.

The ordinance establishing the November Mobility Bond proposition (see "What Would $720 Million for Transportation Buy?" Aug. 5) follows quickly as Agenda Item 3, although Council may choose to hear public testimony today and postpone the actual vote to Aug. 18. (At Tuesday's work session, they were still tweaking the list of various projects and the relevant ballot language.) There appears to be Council consensus to support the bonds, although whether that will translate into public voting consensus – in less than three months – will be something like one of those hill climbs in the Olympic bicycle races.

Hold that thought – not quite buried at the bottom of the zoning agenda is Item 68: Case No. C814-2015-0074 – The Grove at Shoal Creek PUD. The embattled planned unit development just south of the intersection of 45th Street and Bull Creek Road almost finally made it to council chambers, after much negotiation and revision, and will arrive with recommendations for approval from both city staff and the Zoning and Platting Commission, despite thumbs down from both the Parks Board and the Environmental Commission. Public advocates for (Friends of the Grove) and against (Bull Creek Road Coalition) are thoroughly dug in on either side, and the case should eventually generate another lively (or potentially venomous) debate over whether the PUD will implement the city's official vision of a "compact, walkable community" or is just another developer's mile on the highway to hell. At Tuesday's work session, the consensus was to honor the BCRC's request for a postponement – likely until September (date to be settled today).

There are other potential dust-ups lurking in the underbrush. At long last, staff will be returning to Council with the revisions to the Downtown off-peak concrete pour regulations (Item 8), following meetings with residential and industry stakeholders in attempts to minimize noise, lights, and disruption.

There are a couple of dozen contract approvals on the consent agenda – only a few that jump out as potential landmines, but you never know what will catch a council member's curious or suspicious eye. Council members have already raised eyebrows about the following:

• Item 5: Allocating the $16.5 million in hotel occupancy tax revenues to the Austin Convention & Visitors Bureau. Councils have always had mixed feelings about the hotel tax and about ACVB tourist promotion – here's another occasion to chew that gristle.

Items 13-14: Related contracts covering purchase and deployment of computer equipment (desktops, laptops, and workstations, costing roughly $12 million). Equipment is for almost all departments, but the double-digit number tends to get some council members' attention.

Since this is nominally a zoning meeting, there will be no music or proclamations. Hope springs weekly for an early evening adjournment.

A version of this article appeared in print on August 12, 2016 with the headline: Keeping the Balls in the Air