A still from the dashboard video of King's arrest

The video, first made public by the Austin American-Statesman, documents the June 15, 2015 arrest of Breaion King, a black, 26-year-old elementary school teacher pulled over for speeding on Riverside Drive. The footage depicts responding officer Bryan Richter, a seven-year veteran, using over-the-top use-of-force tactics, including body strikes and leg sweeps, to take control of the petite King. Richter is shown picking King up only to throw her back onto the ground. Once she was handcuffed and seemingly in submission, Richter threw her onto the hood of his patrol car.

Making matters even worse, assisting officer Patrick Spradlin, who joined APD in 2001, told King during transport that "so many people" are "afraid of" black people because of their "violent tendencies."

"99 percent of the time, when you hear about stuff like that, it is the black community that is being violent," Spradlin, a white officer, said. "That's why a lot of the white people are afraid, and I don't blame them ... because of their appearance and whatnot, some of them are very intimidating."

King was formally charged with resisting arrest, but the county attorney's office ordered the case be dropped after reviewing Richter's dashboard footage, the Statesman reported. King didn't file a complaint with the Office of the Police Monitor, but is currently considering legal action. Chain of command only required that Richter attend counseling sessions and additional training – the lowest level of discipline for any offending officer. The chain of command had not been informed of Spradlin's comments.

At a press conference last Thursday, Police Chief Art Acevedo said he wasn't aware of the June 2015 incident until he heard from Travis County District Attorney Rosemary Lehmberg that Tuesday. He said he was "sickened and saddened" when he first saw the video, noting that King was treated in a manner "not consistent with the expectations of this police chief and most of the officers of this department."

Acevedo has ordered both Internal Affairs and APD's Special Investigations Unit to investigate the actions of both officers during King's arrest and after to determine if their policing habits comply with his prescribed standards. Acevedo also ordered an inquiry into Richter's chain of command to figure out how his superiors let him off so leniently.

Acevedo was blunt about the racial overtones of King's arrest during last week's presser, affirming that Spradlin's comments were racist and putting the incident in a national context that law enforcement is often hesitant to do. "When you have something like [King's arrest]," Acevedo said last week, "what's really disheartening is that all this great work that goes on in the city of Austin by dedicated professionals ... and great work that's continuing to go on by activists, clergy, and peace officers ... gets overshadowed by an incident that was avoidable; an incident that really should not have occurred."

The Austin Police Association doesn't stand in full concert with Richter and Sprad­lin. In a statement issued last Thurs­day, APA Vice President Anthony Nelson said Spradlin's comments were "wrong" and didn't reflect "the values and beliefs of the men and women who serve this community." "We recognize how incidents such as these can divide our city and cause mistrust," he said. "We have met with community stakeholders and begun a dialogue. We hope that the conversation will lead to substantive changes that will help bridge that divide."

That dialogue manifested in the form of a three-and-a-half-hour meeting between faith leaders, APA representatives, law enforcement, and activists, including the Austin Justice Coalition, last Wednesday at APD headquarters. Acevedo told reporters Thursday that "something happened" at that meeting: "an open, honest dialogue as people of this community. ... Where we started and where we ended were two very different places," he said. "But the work is not done. The work is beginning." Speaking Friday, APA Appointed Vice President Andrew Romero agreed that there seemed to be a shift in the discourse at Wednesday's meeting. "I feel like it was productive," he said. "It was certainly the first time that we've had all those people in the room together." He said that both APA and black community representatives arrived at APD HQ at around the same time to view the video, and decided there to watch it together. The subsequent conversation was not the result of a pre-planned meeting.

"It was important for all sides to look at it and have a discussion and go back to our communities and see what we need to do to bridge this divide," Romero said. "There are factors that all communities need to realize with all these instances that the other [communities] may not be aware of. It's important to start discussing that."

Romero noted that officers want civilians to understand that even benign situations can turn violent, and that police need to remain proactive – and maintain the legal protections to work proactively – in cases they consider to be potentially threatening. Though not mentioned at the meeting, Romero said the 2012 murder of Austin Police Officer Jaime Padron, who was killed while trying to apprehend a suspect, weighs on police officers' minds.

"I don't want it to come across as though every time an officer uses force it's because Jaime Padron got shot by a shoplifter," he said. "But that's a reality that we all live with. Even the most benign crime can lead to fatal consequences for the officer, and we have to allow them a certain amount of discretion to maintain their safety. But we understand that doesn't have to include the abuse of citizens."

In that respect, Romero wanted to dispel the notion that Richter and Spradlin's actions are part of one package. He said Richter took the actions he did during the traffic stop because King "was not complying with his commands" and "made a movement." As for Spradlin, Romero said his comments are indefensible and not representative of APD or "the men and women who protect this community."

"These are two things that are tied together, but they're really not. The thoughts of Spradlin should not be transposed onto the actions of Richter," he said.

"You have one officer who explains the thought process, and another who's acting on that thought process," she said. "His slamming down of Ms. King was literally the action part of the other officer saying that black people are violent. That's a mindset and a culture."

Mann noted how inappropriate it is that the community is only seeing King's video one year later, and that the chain of command "thought that what happened on this video is okay." She said that AJC is working with APD and the police union to implement new interviewing habits for potential cadets to create a stronger culture of accountability within the department. "We want to make sure that the good officers are safe," she said. "But because the good officers aren't denouncing the bad officers, or because the labor union and police chief don't tell the community that they can report the bad police officers, there's a disconnect. We're not saying all police officers are bad. We're saying the bad ones make it really, really hard to trust the good ones."

That may get down to the crux of the issue. The consensus is the relationship between police forces and black communities is broken, but what may help fix it is a mutual understanding of each other's lines of thinking – including how both parties feel a sense of low morale.

"It was hard for us to hear [Romero] tell us that he had officers whose morale was down because officers are getting killed," said Mann. "We thought, 'How do you think we feel right now? Our morale is down. We don't even have morale.' ... We have no trust in the people who took an oath." 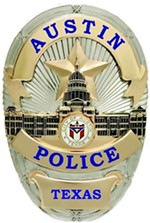