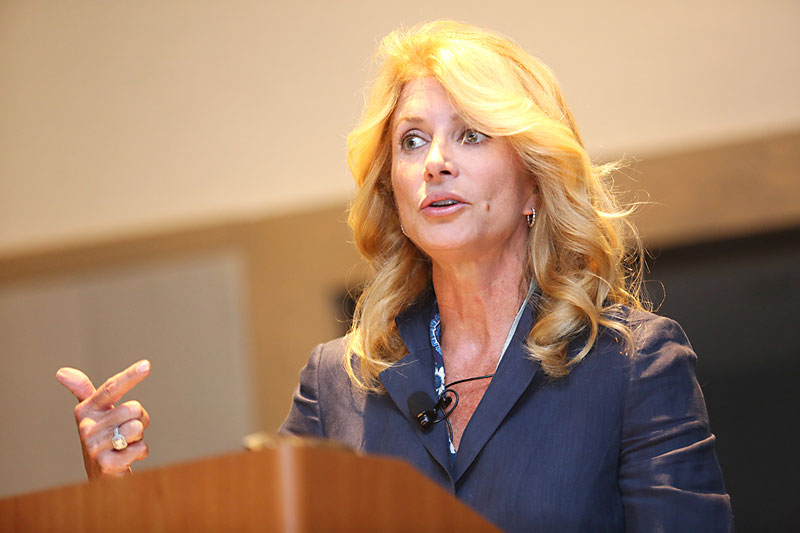 Before a packed room at the annual Association of Alternative Newsmedia Conference (hosted this year by The Austin Chronicle) on Thursday, July 7, former state senator and 2014 gubernatorial candidate Wendy Davis offered her encouragement and support to the alt-weekly world, but not first without some trepidation. Davis says she overcame her hesitation to speak to a bunch of critical alt-weekly reporters (we can't really blame you, senator) and realized there were several similarities between the scrappy, progressive rags and herself: Both are seen as a threat to the status quo; both have the big dogs wishing they'd dry up and go away; and both relish a fight for a cause they believe in ­– you got that right. Davis pumped up the alt-weekly crowd with words of affirmation: "Keep it up, you're making a powerful and important difference," she said. "Don't doubt the merit of your questions. Keep asking. You have a right to the answer."

It wasn't all alt-talk though. Davis spoke about the recent U.S. Supreme Court ruling striking down two parts of the anti-choice legislation she stood for 11 hours to defeat during her historic 2013 filibuster; the importance of voter turnout; the significance of the next SCOTUS appointment; and her opinion on the 2016 presidential race. And she added that if she could go back and do it over, she would have called out the striking gender bias she experienced – from the press and others – during her bid against Gov. Greg Abbott. But maybe next time? In response to a question from this alt about whether or not she'd run for political office again, Davis expressed her longing to be back under the Capitol dome: "I would love to ... I'm not shy at all about those hopes and dreams." 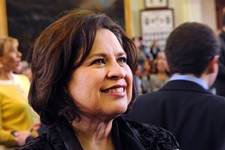 Abbott Waffles on Debating Davis
Guv. candidate can't decide if he's up for a debate