No Justice. No Peace.

Picking up the pieces after a week of terror 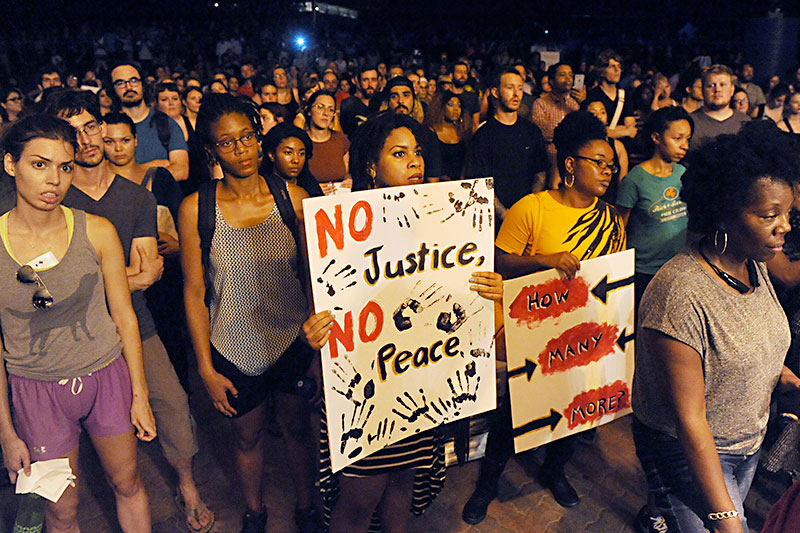 The shooting death of Alton Sterling in Baton Rouge hadn't even begun to process. The Austin Justice Coalition and Black Lives Matter planned a Givens Park vigil in his honor, but before it could happen, another name was added to the list: Philando Castile – a 32-year-old school nutrition services supervisor, who was shot and killed by a police officer in Minnesota during a traffic stop last Wednesday.

Cars lined both sides of 12th Street on Thursday night, eking out every available parking spot. Latecomers clogged the nearby neighborhood streets, squeezing in between trash cans and No Parking signs, to join the tendrils of people winnowing their way to the pavilion where we do a lot of our grieving as a community.

At times, though, the division was palpable. There was call to action, but there were also poems and stories and feelings. And some segments of the expansive crowd just wanted to chant "Fire Acevedo" at the police chief who was there in uniform. At one point, the activists and the crowd began to hash out those differences.

Later, as most of us were arriving home numb, news of the Dallas shooting broke. Five police officers working a peaceful protest were gunned down by a sniper in the deadliest day for law enforcement since 9/11. Now, our local activists struggle to answer the hecklers from last Thursday's protest: Enough talking. What are we doing? 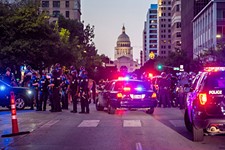