"No Kill" for Traffic

On May 19, when City Council voted to approve the Vision Zero action plan, Austin had just seen its 24th traffic fatality of 2016. Uriel Gutierrez was 5 years old. He died on May 13 on Gault Street in Northeast Austin when a white Ford van careened around a bend in the three-block stretch of road. Gutierrez was standing on the street; Gault Street has no sidewalk. He was hidden in part, said Austin Police, by a row of parallel-parked cars.

One day after the Council vote, the 25th Austinite of the year died in a collision. Faustino Torres Mijes was driving north on Dessau Road when he lost control of his 2004 Infiniti G35. He crossed a median strip and swerved into oncoming traffic, crashing head-on with a Ford Econoline in a 45-mph zone. Mijes, who was 29, was pronounced dead at the scene of the crash. Police report that he was speeding. An autopsy awaits to determine if he'd been drinking.

In the six weeks since, six more people have died on Austin's streets. Thirty-one fatalities by June puts the city on pace for 62 this year – far fewer than 2015's all-time high of 102, yet right there on the level of Austin's annual average, 64.

There is no slope or steady rate to car crash deaths – no indicator that a rising population leads to more deaths or critical injuries. In 2004, when the U.S. Census Bureau had the city's population at 696,384, 73 people died on Austin's streets. In 2013, after the population had risen a couple hundred thousand, the number of auto-related deaths went up by merely two. 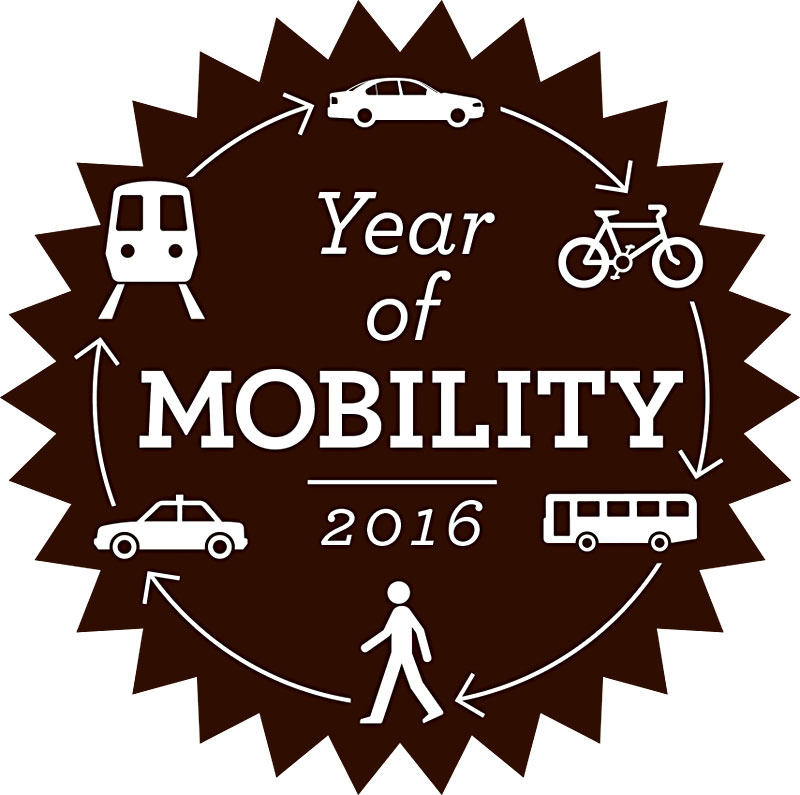 According to APD, however, there are consistent trends, particularly with the ways in which fatal crashes tend to happen. Of the 102 traffic deaths tallied through 2015, 81 can be attributed to one of six specific factors: substance abuse, speeding, failing to yield, distracted driving, improper movements, or running a stop sign or red light.

These crashes aren't accidents. They are tragic results to bad decisions. Avoid those infractions – each of which is at least a Class C misdemeanor – and it's conceivable that last year could have endured 81 fewer fatalities. Mae Scherff would not have been killed. The 82-year-old was driving on Loop 360 when she ran a stop sign and was T-boned by a Dodge Ram. Same goes for Andrew Ibarra, who was 22 when he sped his Chevrolet Malibu off Loyola Lane and drove into a tree.

The Vision Zero plan adopted by City Council in mid-May deconstructs the myth of "accidents" one step further, suggesting instead that with proper planning, Austin could have prevented all 102 deaths. The plan concedes that drivers and pedestrians will make mistakes, but argues that a local transportation system should be designed in a way that those mistakes will not prove fatal. A multinational safety project, Vision Zero is abstract and multipronged. Here in Austin, it's built on 60 different initiatives, some of which will cost millions of dollars. At least 35 have yet to receive a price tag. Very little is in effect yet, and there's no timetable for which changes we will see when. But by 2025, city officials intend to rid their city of traffic deaths and critical injuries.

Impossible? Maybe so. But what's a better number? How many people should we be okay with dying in a car crash every year?

The Road Map That Started in Sweden

The idea of Vision Zero first emerged in Sweden in 1997. It introduced a way of thinking that cities could eliminate traffic fatalities and critical injuries altogether if residents and government alike changed the culture of their transportation. Some of those changes are practical and have an immediate impact. Throughout Scandi­navia, for example, cities have adopted raised bicycle paths to make it easier for passing cars to see cyclists, and installed woonerfs, "living streets" that cater as much to people, benches, tables, and walkways as they do to cars and trucks. In London, where city planners have built road chokers – partial barriers in the roadways that narrow the width of roads to slow down traffic – crashes have fallen 43%. By other metrics, changes are less obvious. Those same cities are looking at crash data to anticipate future collisions, and using that information to improve city signage, or ramp up enforcement on moving infractions. They're adding more lights to more bus stops so that more people will feel like forgoing their cars and riding the bus.

In the U.S., 30 states and the Department of Transportation have adopted an iteration of Vision Zero known as "Toward Zero Deaths." The strategy is so robust that its mission requires a 92-page document to detail. Austin isn't the first American city to adopt a Vision Zero plan, either. More than a dozen other cities have already elected to do so. New York City has already seen a marked reduction in fatalities. The city adopted its plan in 2013 and has seen traffic fatalities decrease each year since, falling between 2014 and 2015 from 257 to 230. The city has placed an emphasis on curbing traffic violations in an effort to further protect senior citizens, who historically have comprised 38% of pedestrian fatalities yet make up only 13% of the city's population, and has boosted enforcement for speeding. Speed limits have been lowered throughout the city, and infrastructure is being redeveloped. Major thoroughfares like Queens Boulevard now offer protected bike lanes. The Departments of Education and Trans­port­ation are working together to build a safety-conscious curriculum to teach in city schools.

Plans for Vision Zero in Austin began before 2015's fatality spike. On Nov. 20, 2014, the previous Council approved a resolution to create a task force to draft an action plan for city staff. It includes 65 people from 36 different groups, councils, organizations, and advisory boards – Bike Austin, the Pedestrian Advisory Council, Austin Police, and UT's Center for Transporta­tion Research among them.

The group met through 2015, eventually hashing out its own 92-page plan. Jammed into the back are 60 action items that divide into five categories: evaluation, enforcement, engineering, education, and policy. The actions derive from conclusions both scientific – like how pedestrian fatality rates go up with each mile-per-hour a driver has increased their speed before a crash – and localized. Heat maps detail the communities affected by crashes: how the majority of critical accidents occur in parts of town where poverty levels rise above 22%. Hot spots – I-35 from Ben White to 183, the Lamar and Guadalupe triangle, Pleasant Valley at Riverside, 2222 and MoPac, 183 from Montopolis to MLK – indicate where fatal crashes occur in bunches.

An Emphasis on "Vision"

Vision Zero's action items work less like a concrete plan for what will definitely happen than a template for what may end up happening if every action is carried out. According to Frances Reilly, a planner with the city's Planning & Zoning Department, there's no quota of actions the city must take to be able to affirm that it gave Vision Zero a decent chance. In the spreadsheet detailing each item presented to Council, there's no column to estimate how many lives will be saved by each individual measure.

However, the city increases its chances to save a body with the implementation of each action. Stating the obvious, studying crash data more closely is a smart decision for any city. So is asking police to develop better metrics for collecting crash site information. There's nothing detrimental to applying those ideas. Some may scoff at plans to lower default speed limits, but when reminded that "failed to control speed" is the leading cause of all local accidents between 2010 and 2014, the idea starts to make more sense.

The question now becomes how the city's Transportation Department intends to move on the initiatives. (ATD assumed ownership of VZ after Planning & Zoning saw it through to Council.) The finances behind the plan are not yet fully realized. Forty of the 60 items remain categorized as either "conceptual action: cost to be determined," or come attached to high price tags that at the moment are unfunded. Only those that can run on existing resources can get going without further Council approval. In some cases, like APD's expansion of the anti-DWI "No Refusal" initiative on weekends and holidays, the action item becomes a byproduct of department resources, and requires no further approval from Council. The same holds true for six of the program's seven engineering actions, which are all currently under way through funding to 14 other programs.

The cross-departmental safety education team, designed to streamline media messaging for crashes across APD, ATD, Health & Human Services, and four other departments, is already at work, and received its $175,000 as part of a city fatality review board. Engineering studies that will look at speed data in crash locations and study walking paths around areas with high crash rates received the first of five years of funding through the Complete Streets program, which Council adopted in 2014.

In many cases, the action items fall short on specifics. Some items have been questioned for the value they'll bring to the mission. At an Urban Transportation Commis­sion meeting in April, commissioners wondered what sort of effect ending the cite-and-release practice on suspended licenses would have on jail capacity and court dockets. Others considered whether the city should get its hands so far into the business of bars as to require that each make and sell food. The Public Safety Commission submitted five recommendations after its February review of the action plan. It deemed the initiatives too highway-centric and not centered on neighborhoods, as commissioners believed they should be. Citing APD's statistic that 34% of fatal crashes involve unlicensed/suspended-license drivers, the commission pushed for greater enforcement of those violators.

Reilly, who presented the plan to Council and each advisory board, sounded rehearsed when addressing the Urban Transportation Commission. "This is a work in progress still," he said. "I would say that's Vision Zero, in general. We're looking to get something off the ground. But key to this whole effort is that we go back and evaluate, constantly, and constantly re-hone our efforts."

To that point, the task force plans to meet quarterly throughout the course of action, and review progress on actions and initiatives to determine where tweaks can be made. The city will also produce a report each year to present to Council and the task force. The report will track data on crashes that do occur, and analyze progress metrics to determine how goals are being met.

By 2025, officials hope to produce an extremely brief report.