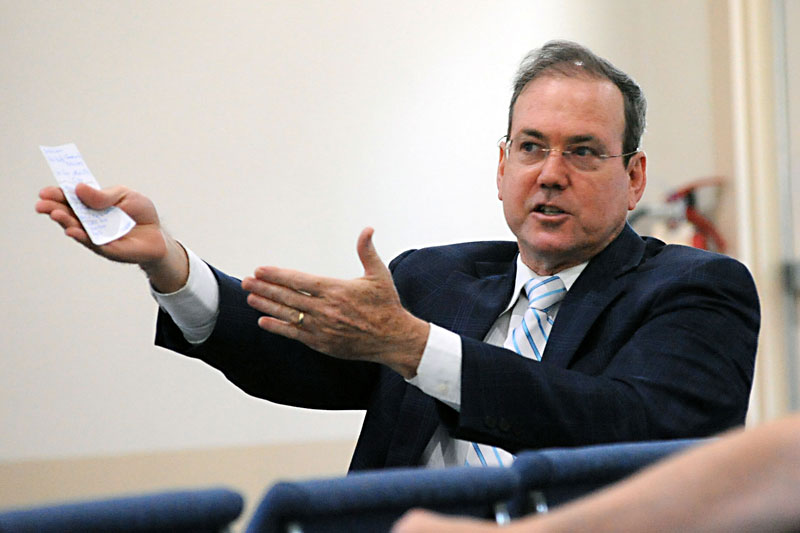 Two lawsuits filed within a week of each other have challenged city regulations of the transportation network company and short-term rental industries. District 6 Council Member Don Zimmerman sued the city over its language in the Proposition 1 ride-hailing ordinance, and a week later the conservative think tank Texas Public Policy Foundation filed its own suit, saying the city's STR ordinance violates the Texas Constitution.

The first lawsuit, filed in district court on June 16, comes courtesy of Zimmerman, who is well-known for solving his problems through the judicial system. By now, lawsuits have probably eclipsed the time he blew a rape whistle on TV news years ago to protest a bond election as his calling card. Well, besides the hats.

Last year, he sued the city in district court over its campaign finance laws (see "Zimmerman Sues City," July 28, 2015). During his campaign for the District 6 seat in 2014, he filed a defamation suit against investigative reporting website the Austin Bulldog, which had accurately reported child abuse allegations made against Zimmerman in a divorce case (see "New CM Zimmerman Loses to Bulldog," Jan. 9, 2015). He ultimately lost that suit, and, according to Bulldog Editor Ken Martin, finally paid the last $2,500 installment of the $9,979 judgment on May 20 – 17 months after the initial ruling.

This latest suit claims the city misled voters with the Proposition 1 ballot language, leaving out key details, and "destroying the true essence of the amendment." It also accuses the city of hiding the staggered fingerprinting benchmarks that would've allowed Uber and Lyft to continue doing business while it worked on complying with the new rules.

Mayor Steve Adler's office responded to the suit in a predictably terse manner: "The Mayor stands by the ballot wording but certainly encourages Council Member Zimmerman to take this matter to court where the Mayor hopes he gets a full and fair hearing."

A week later, the TPPF filed its suit against the city's STR ordinance, which the foundation said "infring[es] upon the rights of private property owners and tenants" by restricting their right to "freedom of movement, privacy, and assembly." The five plaintiffs, homeowners whose incomes are at least partially dependent on short-term rental income (particularly commercial, or Type 2 STRs), fear the regulations – and the February tweak to phase out those Type 2s – will force them to either sell their homes, redevelop their properties, or leave Austin altogether.

While Mayor Pro Tem Kathie Tovo does not comment on specific lawsuits, she said that commercial STRs don't always fit into the makeup of the neighborhoods in which they operate. "No one has an unfettered right to use their property for whatever purposes they choose," she said. "We have zoning categories and use restrictions for a reason, and that's to make sure that adjacent uses are compatible with each other.

"The City Council did, I believe, [make] a very good policy change when it made those amendments [in February]," Tovo said. "I think it was very appropriate for the long-term health of Austin's neighborhoods."