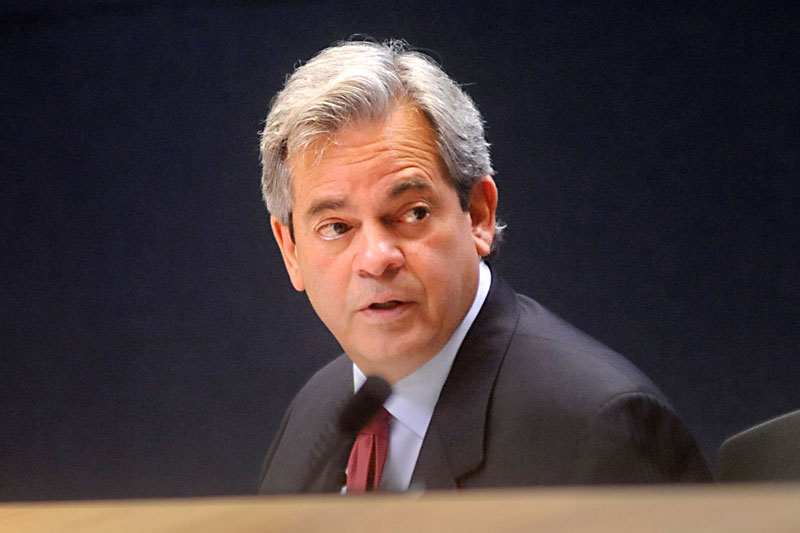 City Council's unofficial slogan of "hurry up and wait" was on full display last week as the seemingly settled issue of planning and land use for charter schools got punted for another week, at the behest of Mayor Steve Adler.

On June 16, staff presented amendments to the planning codes that would close a loophole allowing public charters to circumvent many planning regulations, giving them an unfair advantage over regular public schools (see "A Level Playing Field," June 3). The item had already been delayed from June 9 – supposedly to allow the two sides to come even closer on language – and Devel­opment Services Department Managing Engineer Andy Linseisen told Council at that time that they were "very close" to terms of an agreement.

Most points of contention had been solved. Only one remaining sticking point: the perennial sore point of impervious cover in recharge zones; that's the amount of waterproof ground coverage, like concrete slabs, parking lots, and driveways, in the areas in which rainwater runoff refills the underground Edwards Aquifer. Staff recommended following the standard agreement with local school districts, which allows for 50% impervious cover, while the charter groups wanted 50% or the maximum allowed by zoning, whichever was higher. That was a concession too far for staff: City Environmental Officer Chuck Les­ni­ak said, "When the school districts establish a campus, that's generally going to be a campus for a long time." By contrast, he noted, a charter can exceed the impervious cover restrictions, "outgrow that campus, and they move somewhere else. Then you've got devel­opment that exceeded the watershed regulations that maybe goes into private hands."

With the item back after a rewrite, and the meeting already running late, Council seemed set to go straight to third reading and be done. Then Adler muddied the waters by bringing up the regulations regarding private schools, which were nothing to do with the original instructions to staff, which was to create equity between public charters and traditional ISDs. "I'm just trying to learn what it means to equalize," he told his fellow council members. "Why is it we just don't say, for all schools, you have to abide by whatever the base zoning is?"

Mayor Pro Tem Kathie Tovo warned against revising and rewriting the ordinance from the dais, to which Adler agreed. Then, with the support of Council Member Don Zim­mer­man, he proposed that staff spend another week trying to fix that impervious cover divide. That further delay came with the clearly begrudging acceptance of other members, including Ann Kitchen, who said she was OK with the delay "As long as we don't draw it out and as long as we don't open up the other things that are here."

Similarly, CM Ora Houston backed the weeklong postponement, but warned that the city was "re-litigating some things that happened a long time ago."

AISD Board Vice President Paul Saldaña, who had spoken for himself and on behalf of Trustee Ted Gordon in favor of the resolution at the meeting, said he was "disappointed" in the delay. He noted that Adler had said he did not want to stick his thumb on the scales of creating equity, but had done exactly that by reopening the discussion. With all other stakeholder groups – including AISD, the Austin Neighborhoods Coun­cil, and Save Our Springs Alliance – supporting the resolution as written by staff, Saldaña said Adler had simply placated the charters by putting impervious cover back on the table. More­over, with the item scheduled to return to Council on June 23, and citizen communication on the resolution officially closed, Sal­daña said he was unsure what extra input staff were expected to solicit. 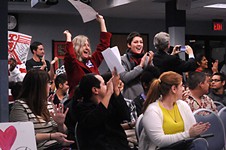 AISD: IDEA Down, Travis Heights Up
AISD board cancels IDEA at Allan, but IDEA promises to stay in town