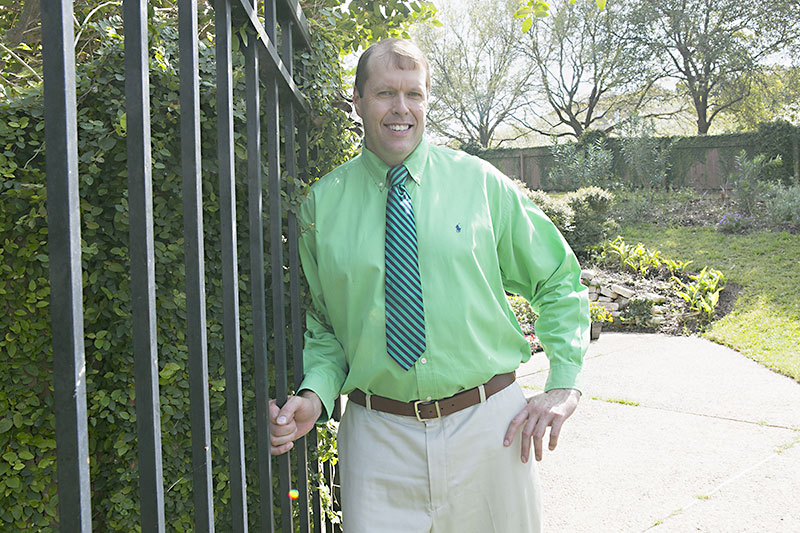 When controversial author Robert Morrow won the March primary and landed a spot as Travis County Republican Party chair, it seemed like the local party was on the verge of imploding. A fan of public crudeness (mostly via his jarring Twitter account), conspiracy theories, and sexually explicit political accusations – against both Democrats and Republicans – Morrow's ascension sent the county GOP into a panic. Calling his democratically elected victory a mere "fluke," leadership vowed to do everything in their power to prevent Morrow from taking the helm on June 13 – first by pressuring him to resign. In time, it became clear that wasn't going to happen.

A few months later, the party has moved on to plan B. On Tuesday evening, the Travis County Republican Party Executive Committee passed a set of changes to its bylaws that substantially dilute Morrow's authority. The party created an executive vice chair position, which will take on many of the functions the chair typically carries out, and granted increased power to a steering committee so that the chair cannot act without approval from the party. Additionally, a newly formed organization, Friends of the Travis County Republican Party, will take over and handle the party's assets (including bank accounts, email, and voter data). Morrow will not be part of the new entity.

"The chair position now has less authority moving forward than it has in the past," says TCRP Vice Chair Matt Mackowiak. "The rules prevent this new chairman from unilaterally doing something that the body wouldn't support." Mackowiak contends the decision was mutual and that Morrow is on board with the changes. In fact, he says they're more or less welcome: "What's clear from Robert is that he's not really interested in the more traditional aspects of the job. He doesn't want to recruit candidates, raise money, or help candidates win elections – and from our perspective that's really why we exist. He's more interested in the bully pulpit and getting press attention to the things he cares about."

Morrow will still retain some administrative responsibilities as per state law, including filing state and federal reports, running the monthly meetings, approving candidates for the ballot, and certifying election results. And for him, that's more than enough. "The changes are okay with me. There's a lot of grunt work involved in running the GOP even though it's pretty much a toothless tiger," he says. "And I'll still have the bully pulpit which is very important, and still have critical duties they can't take away from me. I'm more focused on much-needed political truth-telling in Austin and Travis County than merely being a hack at electing Republicans."

An example of that "truth-telling": With co-author Roger Stone, a former adviser to GOP presidential candidate Donald Trump, Morrow penned The Clintons' War on Wom­en, which paints the Clintons as violent criminals who went to desperate lengths to silence women Bill Clinton sexually abused. (Morrow claims Trump quotes the book and says he'll "take credit" when the GOP front-runner uses the material in a possible debate against Hillary Clinton. (And if you were wondering, Morrow will vote for Liber­tarian candidate Gary Johnson in lieu of the crass Republican.)

Mackowiak and Morrow mostly agree that the once tumultuous relationship between the party and its new chair has improved. "What's developed in a kind of nice way is that there's not a ton of animosity anymore. Both sides are working from the same page now," says Mackowiak. While it appears waters have calmed for now, Morrow says with gusto that he'll still be in control of calling not just the party meetings, but also the county's Republican primary, reminding everyone that the relationship is still a tenuous one.

"If I don't call the primary there will be no Republicans on the ballot," says Morrow. "And I could possibly just forget about it if they piss me off enough."