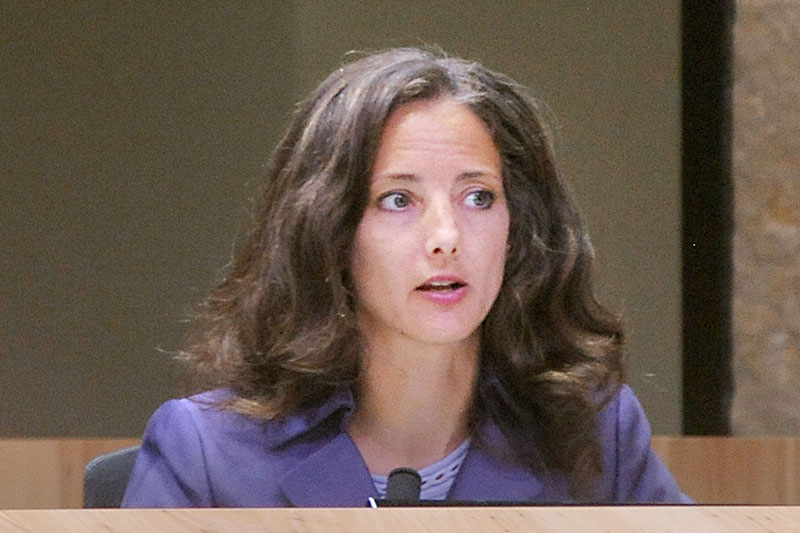 Last week, the Planning and Neigh­bor­hoods Committee took a first look at a review of the city's density bonus programs, which together form one of the city's key policies for creating affordable housing in Austin. Mayor Pro Tem Kathie Tovo initiated the evaluation last August to explore best practices and determine what impact the fee-in-lieu option, a controversial feature of the programs, has had in resolving the city's affordable housing deficit. Tovo has been witness to the debate around this policy from behind the dais longer than any of her fellow council members, and she is eager to take action on reforms she considers long overdue. "It has been an ongoing concern of mine," she said. "My interest is to move away from fee-in-lieu and towards on-site construction."

Jessi Koch, a planner in the Real Estate and Development Division of the Neigh­bor­hood Housing and Community Devel­­op­ment (NHCD) department, shared with the committee draft recommendations city staff had produced after analyzing the new collection of data. Primary among these was the need for a comprehensive economic analysis by an independent consultant to calibrate the fee-in-lieu prices and on-site affordability requirements in proportion to the value of the bonus entitlements earned by the participating developer.

In other words, staff want to have a better idea of how much they can ask for when bargaining with developers. After the presentation, Tovo remarked, "We can conduct an economic analysis and adjust as we need to, but I think it is necessary to set that expectation, where we have the ability to do so, having those units on-site."

The city currently operates 10 density bonus programs, six of which offer a fee-in-lieu alternative to meeting the affordability requirement of the program (for most programs, 10% of units must be affordable) giving developers the option of paying a one-time sum based on square footage of the project that will go toward creating future affordable projects. The logic behind the fee-in-lieu is that it entices developers to participate in one of these programs when they would otherwise not, such as those building in the expensive environment of Downtown. Even if they do not construct any affordable units in their project, the reasoning goes, developers who pay a fee-in-lieu are still contributing to the city's long-term affordability goals.

That rationale has certainly appealed to some developers. In fact, since its inception, the participants in the Downtown Den­sity Bonus Program have all chosen the fee-in-lieu option. Meanwhile, there have only been two affordable housing projects that have been funded by fee-in-lieu payments so far, both co-ops in the Univer­sity Neighborhood Overlay (UNO).

This asymmetry between input and output has led some to speculate whether these programs are doing what they are supposed to do, but Regina Copic, manager of the Real Estate and Development Divis­ion of NHCD, said that for the most part, they are. "It's a misconception that there's this enormous pot of money that we're not spending," she said. "Most of the developments include affordable units on-site." While more exact numbers will be available with the upcoming report, the city's open data portal reveals that, as of Aug. 2015, 38 affordable units have been built on-site through the Transit Oriented Devel­op­ment program, and 461 have been built through the UNO density bonus program (the other program numbers were not listed).

The confusion stems, perhaps, from the piecemeal nature of the programs. Each began at a different time, each follows different rules and parameters, and the funds generated from the fee-in-lieu option end up in different places depending on the program. This diversity has made it difficult for city staff to know how effective the programs are. "Because of the variety of programs," Koch said, "it's difficult to compare apples to apples."

Jim Robertson, program man­ager of CodeNEXT and head of the Urban Design Division of the Planning and Zoning department, said that standardization of the programs would empower the city to make the most out of them. "While there will always naturally be some variation with density bonus programs," he said, "the application process and the formulation of requirements and fees should be similar."

As of now, the Downtown program is the only one that hires an outside economic consultant to adjust the fee-in-lieu and affordability requirements according to hypothetical pro forma models – which essentially consider different costs associated with an area like land and rent, and then estimate how much different kinds of projects would cost. Then the model calculates, theoretically, how many affordable units a developer could build and still make a profit, and how much they would be willing to pay for a fee-in-lieu. The other density programs, with a couple of one-time exceptions, have had to rely on city staff to make these same projections using the Consumer Price Index as a guide.

Jeff Jack, the chair of the Zilker Neigh­bor­hood Association's CodeNEXT committee, has been critical of the city's lack of economic insight when it comes to density bonus programs and dealing with developers. "We don't have a real, strategic economic model that we're working with," he said. "Without that, we're shooting blind."

Tovo thinks that an economic perspective would contribute to the efficacy of these programs. "If we had someone on city staff with the expertise to give us better estimates on how much entitlements would benefit developers, then it would help us move forward," she said.

Council Member Leslie Pool agrees with Tovo that there needs to be a way to see more affordable units from these programs, at deeper levels of affordability. "Right now we've got a carrot," she said, "but we don't have a stick."

Robertson, on the other hand, does not think it is feasible or necessary to have a full-time economic adviser on the city's payroll, although he does think all the programs would benefit from consultation on a semi-regular basis. "We would not need that expertise all the time," he said. "The hypothetical models are fairly predictable."

The upcoming report will be brought before the Planning and Neighborhoods Com­mittee again on June 20, and then the final version will be presented to the mayor and City Council soon after. While Council deliberates on the balance between on-site vs. fee-in-lieu, Copic believes that both options would be enhanced by a comprehensive economic analysis. "If we don't do that, we may have situations out there right now where we're leaving money on the table," she said. "It may turn out we could be asking for 15 percent or 20 percent affordability in certain areas."