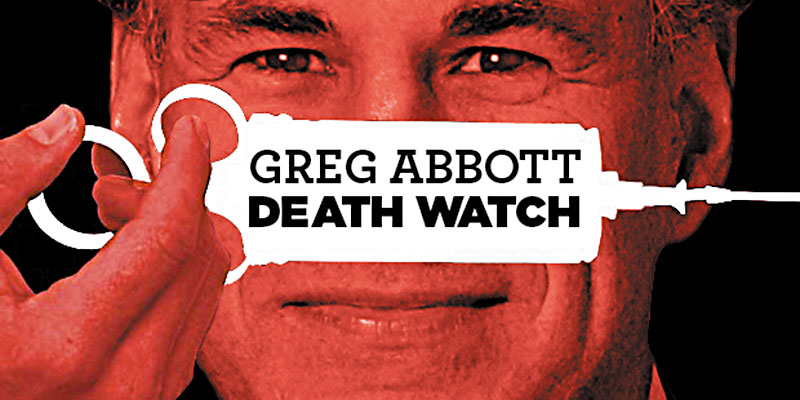 Charles Don Flores received a stay of execution from the Texas Court of Criminal Appeals just six days before his scheduled execution date of June 2. On May 19, the court had received a series of motions filed by Flores' attorneys arguing that their client should have his execution stayed and be granted a new trial because the merits of his conviction were potentially rooted in junk science – namely, a pivotal witness who was only able to identify Flores at the scene of the murder after police put her under hypnosis in order to secure a testimony.

Flores, 46, was sentenced to death after being found guilty of capital murder for the killing of Betty Black, who was found dead in her house in Farmers Branch (northwest of Dallas) on the morning of Jan. 29, 1998. Investigators knew the murder took place at the time of an attempted burglary; Black's house had been trashed in an effort to find a five-figure stash of cash Black and her husband were holding for their son Gary while he was in prison.

Flores' friend Ricky Childs knew this because he was dating Gary's common-law wife, Jackie Roberts. He needed the money to pay Flores for an arranged drug deal between the two. Shortly before 7am on Jan. 29, Black's neighbor Jill Bargainer saw Childs' tie-dyed Volks­wagen pull into the driveway of Black's home, and two men get out and walk into the house. Bargainer's initial witness account did not identify Flores as the second person. His DNA was not found inside the house, and no gun used in the crime has been traced back to him. Flores maintains that he was at his house in Irving that morning making breakfast with his wife.

Flores does not deny that he – as his federal habeas attorney states – "engaged in conduct that is not becoming of one claiming innocence" after learning of the murder. In fact, he set Childs' car on fire and went to Mexico for several months. The FBI eventually caught up with him in May, after he returned to Texas to see his family. A high-speed chase ended with Flores totaling his mother's Volvo, and then attempting to outrun the pursuing officers. While in custody in a hospital, being treated for injuries from the crash, Flores tried unsuccessfully to make a second escape.

Flores' indigent attorneys were reportedly absent in preliminary investigations, but he stood a chance based on the lack of physical evidence connecting him to the crime. All the prosecution had, save for the drug deal between Flores and Childs, was a testimony Bargainer gave police six days after the murder, in which she submitted to hypnosis and took more than an hour's worth of questions in an effort to identify the passenger of Childs' car. (Bargainer had been able to identify Childs in a police lineup in the days between the murder and her testimony. Asked during initial questioning, she said the passenger was white and thin.)

Flores, who's Hispanic and rotund, was convicted and sentenced to death on April 2, 1999. Childs, who's white, pleaded guilty to murder and accepted a 35-year sentence one year later; he has since been released on parole. The TCCA's May 27 decision sends Flores' case back to the trial court, where arguments will be heard on the merits of a hypnosis-induced testimony. If it can be concluded that a reasonable jury would not have allowed – or not have been swayed by – such a testimony, Flores stands to be awarded a new trial.