Council: Plenty of Work, and Campaigns

Council members have a lot to do before vacation 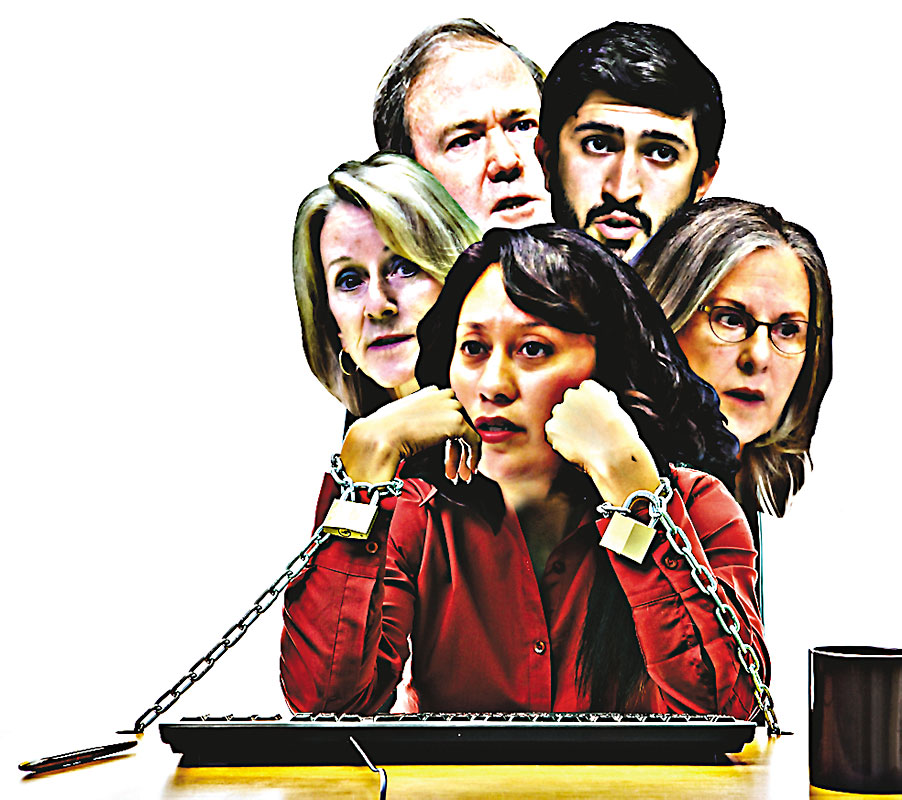 By the Chronicle Art Staff

City Council's taken a couple of weeks off from full, regular meetings, though the beat goes on via budget work and various committees. They held the nominally final budget work session Wednesday (additional discussions are likely), and no less than six council committees held meetings from May 23 to May 26, on everything from public safety to Austin Energy (committee of the whole). On the annual budget project, Council has been hearing staff presentations on the city's financial overview and specific policy questions, and offering feedback that will inform staff's proposed budget, to arrive in July (more on that next week). The committees have been backlogged with pending resolutions that will make their way back to the full dais – this year's committee schedule is an attempt to rein in the myriad meetings that slowed work in 2015.

Nevertheless, next week's regular meeting (June 9), to judge from the still-draft agenda, is burgeoning with vexed questions (not a few of them punted from previous sessions). Among the highlights:

• The return of the Austin Police Depart­ment's request to move forward on purchasing (over time) license plate readers ($900,000), body cameras ($12 million), and smartphones ($5 million). The cost and policy questions stalled approval at the May 19 meeting; see "Cameras for Cops," p.16.

• No less than 14 scheduled public hearings on subjects ranging from those housing rehabilitation projects (which might be dispensed en masse) to the controversy over site development standards for charter schools to an alcohol sales waiver for a pizza joint near an elementary school on Hwy 290 East, and adoption of the South Central Waterfront Small Area Plan.

In other words, Council will have plenty of gristle to chew on the currently 71-Item agenda, with likely a few additions between now and next week.

That's plenty of current business, but another council preoccupation is just beginning to rear its foreboding head: the November election faced by five coun­cil members who drew two-year terms following inauguration last year. All five have officially (more or less) announced their re-election bids, and as we go to press, only a single challenger has publicly emerged:

CM Delia Garza (D2) held her campaign kickoff last week, featuring support from prominent union leaders, e.g., the Austin Firefighters Association's Bob Nicks (Garza is a former firefighter). She's taken some heat for her forthright defense of Council's TNC ordinance against the Uber and Lyft opposition campaign, and she was also the strongest opponent of the property tax homestead exemption (a stand she has reiterated in budget discussions).

CM Greg Casar (D4) also emerged from the local union movement, specifically, the Workers Defense Project, and his announcement noted the support of the Workers Defense Action Fund as well as the local firefighters and EMS unions, and the Laborers' International Union of North America. He's already gathered endorsements from several opponents of his first run, and says most of the D4 neighborhood association leadership is supporting him. On the dais, Casar has emphasized labor rights issues, including living wages, "fair chance" hiring, and the worker safety mandates he advocated for as a WDP spokesman. (He's also known for the protracted election contest lawsuit filed by his defeated opponent, Laura Pressley, who continues to raise funds for her appeal, but hasn't indicated whether she intends to run again.)

CM Don Zimmerman (D6) has not made a formal announcement of a re-election bid, but he's sued the city to challenge campaign finance rules as well as limitation periods for fundraising and campaigning, so he's indirectly been running for some time. He bills himself as the strongest conservative on the dais, in particular emphasizing "tax relief" and criticism of city management. Thus far, he's the only incumbent who's drawn a challenger – businessman Jimmy Flan­ni­gan, whom Zimmerman narrowly defeated in a 2014 run-off.

CM Leslie Pool (D7) announced her re-election campaign with a long list of supporters, including the AFA and the EMS union, as well as quite a few elected officials: state Reps Donna Howard, Elliott Naishtat, Eddie Rodriguez, and Celia Israel; County Commissioner Brigid Shea; and AISD board member (and de facto state Rep) Gina Hinojosa. In her announcement, Pool noted her work on the city's Climate Protection Plan, additional solar power, and her support for the homestead exemption. Prior to her election, Pool had an extensive record of board and commission service.

CM Sheri Gallo (D10) boasted the support of several prior city officeholders in her first campaign, and the list seems to have grown. Among them were several former mayors – Ron Mullen, Lee Cooke, Bruce Todd, Frank Cooksey – a new addition is the most recent mayor, Lee Leffingwell. It's a bipartisan group, suggesting Gallo's dais role as a swing vote between hard-edged conservatives Zimmerman and Ellen Troxclair, and the progressive majority. (Years ago Gallo ran for County Commissioner as a Republican, but told the Chronicle she now considers herself an independent.) She hasn't yet drawn an opponent – unless you count Pool, whose District 7 borders Gallo's 10 at the contentious line of 45th and Bull Creek, locus of the proposed Grove PUD that Gallo supports (it's in D10) and Pool opposes. Conservative on city spending, Gallo has tended to vote with the mayor and the eastern CMs to support more residential development – a precarious alliance.

The five incumbents will be running for four-year terms, with the remainder of Coun­cil and the mayor up for re-election in 2018.