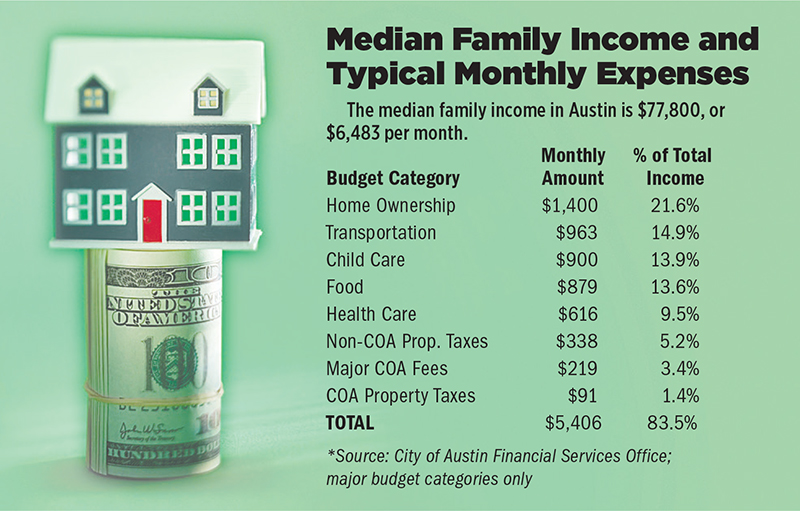 City Council won't hold its next regular meeting until June 9, but the budget work sessions continue. The process has been a little different this year, following the annual Financial Forecast and overview on April 27 (times are flush, but so are expenses). Rather than repeat the annual departmental budget summaries/wish lists, which tend to emphasize existing needs above overall policy questions, the financial services staff began making a series of policy presentations that would allow council members to discuss principles before financial details. The idea, as City Manager Marc Ott wrote in an April 22 memo to Council, is to put the "policy-discussion 'horse'" in front of the "budget recommendation 'cart.'" As of this week's work session (Wed­nesday, May 25), three previous sessions had covered:

• Health and human services/social services, and the Zero Waste program

In theory, the stately progression will allow Council to raise large budget questions and declare priorities, so that when staff returns with a recommended budget in July, it will be based on a rough consensus on policy questions established in the work sessions.

Ott also warned that last year's revenue bonus (property and sales taxes were both bullish) was reflected in a sizable increase in the General Fund budget: $57.1 million, the "single largest year-over-year increase in the city's history." Moreover, several of the FY 2016 bumps (e.g., civilian market adjustments, additional civilian staffing, new Shady Hollow Fire Station) would carry over to 12-month increases this year. All in all, the initial forecast budget presented to Council on April 27 reflected $56.6 million in "structural cost drivers" – additional expenses for decisions already made (public safety contract increases, new Central Library, new staff) or for independent cost pressures (health insurance, AFD overtime) and so on. As Ott put it, the city "should prepare ourselves for a challenging budget cycle marked by an intensified need for fiscal restraint."

It's a little uncertain how Council will respond to those costs and cautions – there was at least some early sentiment to add another "homestead exemption" to the list of cost drivers – and much will depend on whether staff's early estimate of revenues has sufficient wiggle room for new initiatives. But in a talk with Chronicle reporters last week, Mayor Steve Adler took some pains to indicate that Council spending decisions are a rather limited factor in determining cost pressures on most Austin residents.

Adler pointed to a chart reflecting a representative budget of an Austin family earning the "median family income," estimated annually at $77,800. The family's monthly expenses reflect housing (21.6%), transportation (14.9%), child care (13.9%), food, health care, and so on (see box). The mayor pointed out that costs attributed to the city of Austin (taxes and fees) amount to about 4.8% of the whole, and property taxes – the element of most obsession at city budget time – amount to 1.4% of a family's monthly expenses.

"If we adjust that upward or downward," said the mayor, "will it be 1.2 percent or 1.6 percent? The point is, we'll be working on the extreme margins, with very little impact on affordability."

Adler's immediate subject was a potential November bond package for transportation, and he was making the case that funding projects that would cut into overall transportation costs (roughly 15% of that mythical family total) would have more long-term effect on affordability than would tinkering with the tax rate. (See "Spitting Into Fires," May 27) "We managed to cut the property tax rate last year and saved the average family an annual $14. Nobody could recall that absolute reduction ever happening before – but we can't say we made any real impact on affordability."

The mayor is hoping that any progress we make on transportation – improved transit corridors, multi-modal transportation to speed overall traffic – will allow greater inner-city density, less sprawl, and "catching up on the number of housing units" to bring down or at least stabilize housing costs.

It's not at all certain that this larger perspective about working for affordability will reach down into the Council consensus on budget preparation. At crunch time, those discussions all tend to vibrate between "funding necessary programs" and "cutting taxes as much as possible." The mayor is hoping he can open some ideological and policy windows to consider the budget from a broader perspective; how many Council allies he will have remains to be seen.