On June 1, a judge will consider whether to allow detention centers to be licensed as child-care facilities 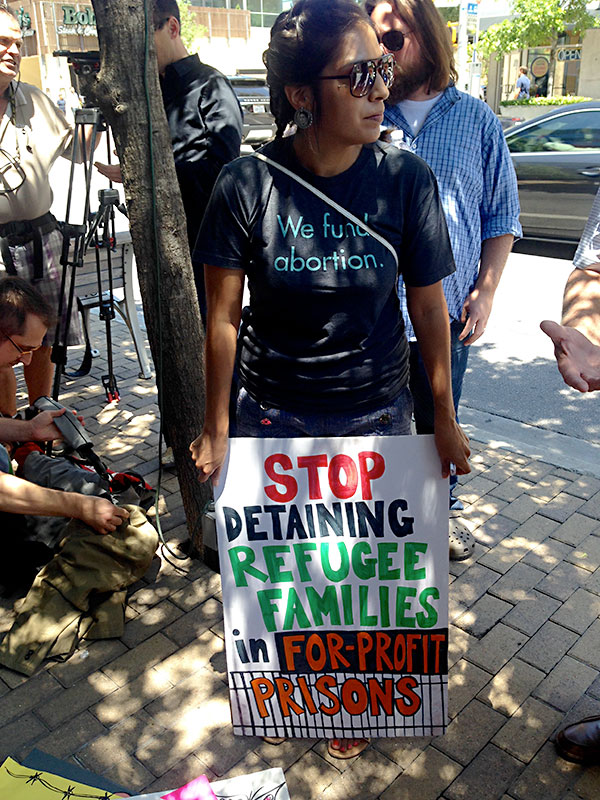 In 2014, the Obama administration revived the controversial practice of "family detention": incarcerating undocumented female immigrants along with their children. The families have not been convicted of any crime, but are held while they await immigration proceedings. Austin-based civil-rights organization Grassroots Leadership has been fighting back since then, calling on the government to close the for-profit "baby jails."

Last February, the Texas Department of Family and Protective Services approved licensing family detention centers as child-care facilities, allowing them to remain open in the face of a court ruling requiring that child detainees only be held in child-care facilities. Through what is called "Rule 40," DFPS exempted family detention centers from meeting three of the minimum standards the agency itself developed to protect children (see "Child-Care Center or Baby Jail?" March 18), despite public outcry from immigration rights and child welfare advocates, human rights activists, and attorneys who testified against the for-profit family detention centers.

"For the past sixty years, DFPS and its predecessor agencies have understood the Texas Legislature to intend that child-care licenses are only required from and issued to facilities whose 'primary function' is child-care," the lawsuit argues. "DFPS's order makes no attempt at all to explain what change in law or facts, if any, could justify DFPS's current view that a child-care license is required of immigration detention facilities."

Testifying at the hearing were Libal, UT-Law Immigration Clinic Co-Director Barbara Hines, and three women currently detained in the South Texas Family Residential Center in Dilley, Texas. Cristina Parker, Grassroots Leadership's immigration programs director, told the Chronicle that all three women said that they felt they were being punished by being held at the center, and that they believed their children's health was being damaged. One woman testified that her son had developed a persistent cough since entering detention.

The hearing also included the testimony of E.G.S., a woman detained in the Karnes County Residential Center. E.G.S. fled to the U.S. from her native country of El Salvador after members of the Mara Salvatrucha gang raped her multiple times and threatened to rape her daughter.

The lawsuit quotes E.G.S. as saying, "In detention in the United States my suffering continues. I do not feel safe or comfortable in this jail because I cannot trust the jailers who want to detain and deport me to look out for my best interests or the best interests of my daughter." At the hearing, E.G.S. said her daughter had been sexually assaulted at Karnes by another inmate, with whom E.G.S. and her daughter were sharing a room. "My daughter's abuser remains in this detention center and we must see her every day. My daughter is afraid to be without me for even a minute. She currently sleeps in my small bottom bunk bed each night out of fear someone will harm her while she is sleeping."

Parker told the Chronicle, "For us it is very clear. Detention centers are prisons, they cannot be called child-care facilities. It is a place where children are punished, locked up, denied medical care, and served bad food and water. Nothing about that can be child-care."

Following the hearing, Crump extended the temporary restraining order and set another hearing for June 1, a victory for the time being for the detainees.

The detention of women and children has led to increased profits for the companies that run the centers, the GEO Group and the Corrections Corporation of America. The two companies partially attributed their revenue increases for the first quarter of 2016 to the Dilley and Karnes detention centers.

Fighting on a different front, Grassroots Leadership and other immigrant rights advocates sought to have a sit-down with Hillary Clinton last Friday at the W Hotel. The Democratic presidential candidate was in town for a campaign fundraiser. Clinton said at a town hall last month in Philadelphia that she would end family detention. Immigrant rights advocates were able to get in the hotel's lobby and asked to meet with Clinton to discuss her promises to close the two family detention centers in Texas. However, Clinton left for her next meeting without speaking with them. 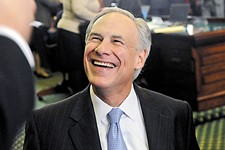 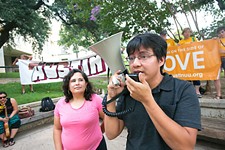